The Hilarious Case of Avatar Tulsi

Why is it so easy to plant child genius stories in the Indian media? 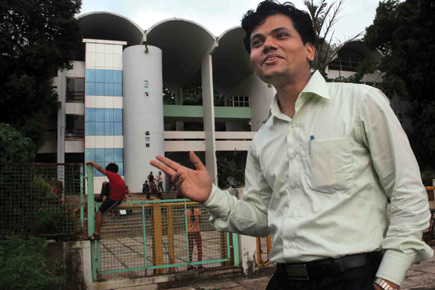 Why is it so easy to plant child genius stories in the Indian media?


Child geniuses are usually overrated, their future especially. That is the way of the world. In the last two decades,  there have been several children, particularly in India, who were declared prodigies. Their place in the world today, I suspect, is far more diminished than their parents had imagined. Some of those kids were not prodigies in the first place. The genius of such prodigy stories lay not in the children, but in the stories. Tathagat Avatar Tulsi is one such case. The young man who was once called a child genius and is now misleadingly heralded by the Indian press as the youngest faculty ever to be appointed by the Indian Institutes of Technology would not believe his accidental contribution to the fortunes of a writer. But I’ll explain that connection later.

Tulsi’s father has for long said that his son’s rumoured genius is a consequence of a mystically arranged conception that would not only produce a male child, but also a very smart male child. “It is a science called eugenics,” he told The Times of India recently, probably not knowing what he was talking about. “I and my wife had to plan everything in the process of having the child, right from our diet to our mood to the sex itself,” he said. The result was Tulsi, who obtained an MSc degree at the age of 12. It is not hard to imagine that this feat would inspire the Indian media to call him a child prodigy. Though, in time, the moral of Tulsi’s story would be that a 12-year-old need not have any extraordinary cerebral capacity to obtain a Masters degree from Patna University.

Soon after he became a postgraduate, his fame helped him gatecrash a group of bright Indian students who were sent by the Department of Science and Technology to Germany to meet Nobel laureates. Here, Tulsi was accused by the other students and some scientists of being a fake genius who mouthed jargon that he did not fully understand.

Tulsi’s fame as a genius was possible because of a dim media and the gullibility of a few important wings of the Government. I do not believe it was a deliberate fraud. The best way to deceive is to deceive yourself first, and the power of Tulsi’s story probably lies in the conviction of Tulsi and his father that the boy was indeed  a genius.

About three years after the disgrace, Tulsi resurfaced in the papers for being accepted by the Indian Institute of Science for its doctorate programme. He cleared a test to be accepted. He was 15 then, not an extraordinary achievement for his age because boys who are not much older than that sit every year for IIT’s dreaded Joint Entrance Exam.

Curiously, Tulsi, who is preoccupied with promoting himself as a genius (his website has a link that says ‘About Me’ and another that says, ‘More About Me’) has not taken IIT’s entrance test. Clearing that test creates the most convincing delusion of intelligence in our country, yet Tulsi has not done it.

Tulsi, always in a hurry to create time records, wanted to finish his PhD thesis in two years. He would take six years to come up with a short 33-page thesis on quantum computing. None of his referees at IISc even hint at a genius. Tulsi is today in the news for being appointed, at the age of 22, as an assistant professor (a non-permanent teaching position) at IIT-Powai.

A few years ago, when he was considered a child genius, I was desperate to write my great Indian novel. I had made so much fun of the autobiographical debut novel everyone was writing that I knew I had lost the right to write one myself. Tulsi’s story, and a spate of boy-genius-invited-by-Nasa stories made me realise that here was an Indian novel waiting to be written. But I could not bring myself to start. Then one day, I saw a front-page anchor story about Tulsi’s father, and I scrambled to write Serious Men before someone else did.