Afghanistan and the meaning of minnows in the World Cup 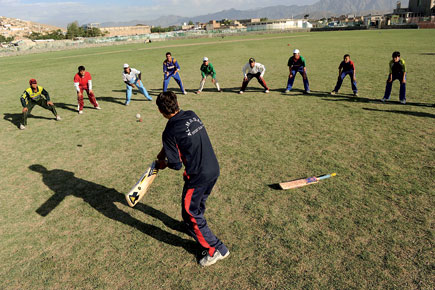 You know that cricket may be on to something good when anticipation of the World Cup takes in its sweep the romance of hosting Afghanistan. They make their debut at the four-yearly tournament, and suddenly clichés about sport uniting a country behind the team do not sound so tired. Cricket was reportedly the only sport even the Taliban did not outlaw during their rough reign in the 1990s, and the fact of the team coalescing into a viable unit is another way of surveying the nation-building effort in the past decade-and-a-half. Key members of the squad came to the game as children growing up in refugee sprawls outside their country, particularly in the Frontier city of Peshawar. The Afghan team’s steady ascent speaks of their return, of talent scouted among various ethnic groups, of infrastructure sufficient to support training and competition. And uniquely among the new territories where cricket is striking root, of a fan base that gives meaning to Afghanistan’s participation beyond simply bringing up the pack to justify the ‘world’ pretensions of cricket.

Afghanistan may or may not be capable of the big upset in the group stage needed to rewrite the predicted line-up for the quarterfinals, but their presence ignites an older debate about cricket: what purpose do minnows serve at the World Cup? And the related, bigger question: what ambitions is cricket willing to entertain to define itself?

Cricket, do recall, has no gold standard to assess the best among its own. Its pure, classic format—the five-day Test match—does not lend itself to any single or even cohesive measure to be anything but a bilateral contest. Thankfully, the ICC has finally abandoned the silly proposal for a Test championship. Test results and records of individual players are vitally informed by context, and even the infusion of big data in cricket coverage has not changed that. In any case, Test-playing status is not easily bestowed on, or earned by, emerging cricket centres, and as the recent move in the ICC to make India, Australia and England pre- eminently the Big Three of the format shows, it is not simply a closed club, it may even prove to be a shrinking one.

The abbreviated Twenty20 format has made cricket more portable, allowing its inclusion already in a multi- sport tournament like the Asian Games—but India’s obstinate stand to keep its cricketers out of such competition makes it unlikely that cricket will make a viable bid to be an Olympics sport. By way of more than an aside, N Srinivasan once explained in a TV interview that the signal from China was that the moment cricket made it to the Olympics, they’d purposefully take up its development in the country, not otherwise. So perhaps it’s more than just the BCCI’s compulsive zeal to keep control of the game’s administration that makes it deny Indian cricketers a chance to go for an Asian Games gold, lest that become an argument for cricket at the Olympics and the subsequent domination of China!

Anyway, as things are, T20 is the playing field primarily for the Indian Premier League. The IPL dominates not just T20’s calendar but cricket’s itself. However, it is as yet not settled enough, its teams not differentiated enough, to be a competition that decides the best. There is the World T20 championship, but while it passes by engrossingly, it is difficult for the average cricket follower to even recall who won, say, two tournaments ago.

My point on surveying the present possibilities of Tests and T20 is that 50-over cricket, the One Day International, remains best equipped to accommodate new entrants and aspirations—and equally, the World Cup provides possibly the best vantage point from which to assess the state of current cricket.

The first two Cups in England were quiet events, with One Day cricket not yet the popular draw it went on to be. They were won appropriately by the best team in the game, the West Indies, who had begun in 1975 what would be a two-decade global domination. It was still a time of cricket’s imperial order being reworked, and images of spectators from the Caribbean in the stands recorded the post-colonial assertion their team made with such flair. In fact, I would suggest that had the West Indies not won the title in those foundational tournaments, had they been won by what may have been seen as randomly successful teams, the World Cup title would not have gone on to be the honour it did.

At the third World Cup in 1983, in England once again, India were such a randomly successful team. But, and I’ll keep short a well-known story, the effect was transformative. As T20 would show later, once India proved to be successful, however unexpectedly, in a progressively abbreviated format, its millions of viewers would instantly embrace it. That photograph of Kapil Dev receiving the trophy at Lord’s marked the moment that India’s cricket landscape and cricket itself changed. India fell in the ODI’s thrall. The challenge to the established order on the field was charged by an institutional reordering. As the story goes, the then BCCI chief NKP Salve’s request for extra passes for the final was not fielded, and he launched a joint bid with Pakistan to bring the 1987 World Cup to the Subcontinent. The tournament moved, mirroring a geographical shift in the game’s power and economy. Do remember how hesitant it was, and some of the best players did not deem it worth their while to participate.

The 1992 Cup, in Australia and New Zealand, saw some genuine inventiveness on the field, and Imran Khan’s Pakistan, evocatively recalled as ‘cornered tigers’, won. In 1996, it returned to the Subcontinent, and by now the game’s centre of gravity was truly India. Co-hosts Sri Lanka announced their presence early enough, and following upon their fractious tour Down Under, with umpiring decisions seen to be going unfairly against them, their eventual triumph over Australia in the final in Lahore was another blow against cricket’s traditional establishment. The Calcutta crowd’s churlish reaction to India’s impending defeat to Sri Lanka in the semi-final before that had served notice on what was to be adopted by Indian and then global cricket as an overriding concern: that the competition had better ensure the Indian team be in play for as long as possible, or Indian audiences and the advertising revenue riding on their interests would opt out.

That would come dramatically to pass in the West Indies in 2007, when India crashed out after a shock defeat to Bangladesh. In the interim, in 1999 and 2003 (don’t even try to keep up with how unevenly spaced the ‘four-yearly’ tournament is), Australia had shown their dominance on the strength of the kind of professionalism that would come to be the template for all teams. Australia would go on to win 2007 too. But more quietly now, because the Caribbean showed that in cricket’s most special region they no longer could fill the stands as a matter of course, and in its most lucrative broadcast region, India, they did not really care for anything that did not have Indian cricketers.

Those learnings would yield the IPL a year later, with players like Chris Gayle leading the charge in letting their boards know that were it to come down to choosing between national commitments and the IPL’s riches, they’d pick the latter. By the by, national boards would subordinate their schedules to India’s.

And the World Cup, it would rework its format for 2011, so that a lengthy league stage would protect India against a shock exit, and at the least ensure India remained in the tournament for as long as possible. By then Pakistan, earlier supposed to have been co-hosts with India, Bangladesh and Sri Lanka, had opted out, an earlier terrorist attack having compelled them to schedule even ‘home’ series abroad, changing what it means to have a home advantage in ways we are yet to work into our contextual assessments. India won that one, capping Sachin Tendulkar’s remarkable career, and it may have saved the ODI. Given contemporary cricket’s short recall, it is easy to forget how rife the despair was on the eve of the tournament that the ODI was dying, squeezed out by Tests and T20.

Now, in the 40th anniversary year of the World Cup, that despair is not exactly palpable, but neither is any sense of what cricket’s big idea is. In the past four years, Indian administrators have consolidated their power over the ICC, bending the game’s calendar to their revenue- generating IPL priorities, and that with the concurrence of overseas players too. Will this World Cup give us a sign that cricket can work out ways in which to accommodate new ambitions and challenges? Will it realign itself to narrative and context, for without narrative a cricket match has never lent itself to lasting significance or recall? Or will the rapid succession of matches for matches’ sake continue to unsettle the standards by which we figure out what’s cricket?

A clue may be had in how cricket handles its minnows— as potential future equals or as mere participants to make up the numbers.