Ingrate Expectations • The Lady They’re All Talking About 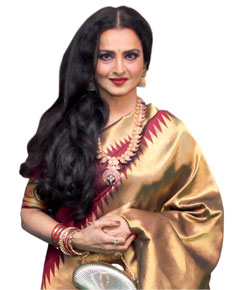 Those in the industry who may be under the impression that the colossal failure of Bombay Velvet has killed the spirit of its director Anurag Kashyap may be surprised to know that the filmmaker has taken it in his stride and is raring to move on. Last weekend, he was shooting at Mumbai’s Mukesh Mills in Colaba for AR Murgadoss’ Akira, in which he plays the chief villain opposite Sonakshi Sinha. On the final day of the schedule, he hurt himself while filming an action scene, resulting in minor injuries to his rib cage and back.

However, that didn’t stop him from taking off the following night for a planned holiday to New York with his daughter Aaliya. The two are expected to take in the cultural sights and sounds of the Big Apple during their break, and Kashyap will likely use the downtime to clear his head and take a decision on what he wants to do next. Reportedly, he’s torn between three scripts (each in various stages of completion), and has promised to return having taken a firm call on which one he wants to put into production first.

Close friends and his producing partners at Phantom have revealed that Kashyap has taken the failure of Bombay Velvet sportingly, instead of blaming external forces. Apparently, he is clear that for the moment he is keen to work on the kind of projects that are in his wheelhouse—‘deeply personal’ films with modest budgets that aren’t dependent on big marquee names.

When Rekha was recently replaced by Tabu in Kai Po Che director Abhishek Kapoor’s Great Expectations adaptation Fitoor, there was some confusion over what may have led to the senior star’s exit… this, after she had already shot a few days for the film. There were conflicting stories, some of which put the blame on the actress who is believed to have walked out of the film because she didn’t like the way she was looking in the early rushes. Others say she was shown the door once the film’s makers lost patience with her tantrums.

The truth, as they say, is somewhere in between.

Apparently the actress was always aware that she was playing the Miss Havisham character, yet she reportedly ‘freaked out’ when she realised that she had to look dishevelled for extensive portions of the film. She went along with a few days of shooting nevertheless, but was apparently disappointed when she saw the playback, insisting that cinematographer Anay Goswami had shot most of her scenes much too unflatteringly.

The director, a source from the set reveals, was already getting exasperated with Rekha, who allegedly wouldn’t shoot a scene without being fully satisfied with the framing, the lighting and the camera position. When she expressed dissatisfaction with her ‘look’ to the producers, they took the opportunity to suggest she sit this one out.

It seems that filming has resumed smoothly with Tabu within the week, and the unit is breathing easy now. The source also explains that only minor reshoots will be required because of Rekha’s exit, as the actress had only shot a few days with the team.

The Lady They’re All Talking About

The big news doing the rounds in film circles involves a current A-list leading lady and her latest alleged tantrum. According to the story that filmwaalas are gossiping about, she turned down a major project to be produced by a top studio, then promptly leaked the news to a morning tabloid. When the studio head—arguably Bollywood’s most influential producer—reportedly called her and told her that it was in poor taste to talk about a film that one had decided not to do, the actress is believed to have gone on the defensive, saying she frankly didn’t care for his opinion. She is said to have added that she had made it thus far without any help from him or his studio, and didn’t fear the consequences of his choosing to never work with her again.

Sources close to the actress have denied the story vehemently, insisting that there is a lobby in Bollywood that appears determined to paint her as a brat who has allowed her recent success to go to her head. The truth, they insist, is different. Nobody’s denying that the actress has a tendency to call a spade a spade, but her friends say that she has ‘never been disrespectful’ to people, and rumours of this nature ‘reek of a conspiracy to malign her’.