The Childhood Buddy, It Is 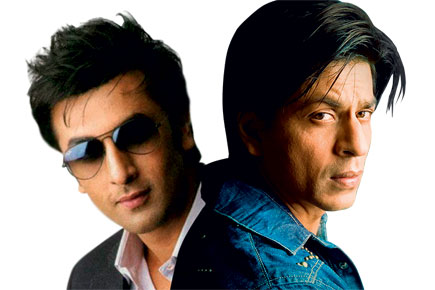 
Determined not to abandon Happy New Year, the comedy she’d originally conceptualised and planned to make with Shah Rukh Khan a few years ago, Farah Khan is reportedly reviving the film with a new cast next year. Tipped as Ocean’s Eleven-meets-The Full Monty, Farah’s film is likely to feature an ensemble cast of male actors who will play a troupe of bad dancers that goes on to win the World Dance Championship.

At the time Shah Rukh was still attached to the project, Farah had approached Boman Irani and Rajpal Yadav to play key roles in the film, and had also revealed she was looking for an “Imran Khan-type young face”. Then, of course, came the big fallout between the Main Hoon Na director and her star. There is talk in trade circles now that Farah’s childhood friend—and SRK’s archrival—Salman Khan will take the Ra.One star’s place to play the lead, and that Boman Irani might still be in the film. Her hunt for the ‘young face’ continues, meanwhile.

The only significant female character in the film is that of a bar dancer who joins the men’s troupe, and rumour has it that Farah wants Priyanka Chopra to take that role. Given Priyanka’s closeness to Shah Rukh, and the mostly frosty vibes she shares with her God Tussi Great Ho co-star Salman, it’ll be interesting to see if Farah can pull this one off.

Farah, who her friends say has taken the failure of Tees Maar Khan in her stride, has apparently polished the script of Happy New Year thoroughly since the last draft she’d previously locked. She recently returned from Goa where she spent a weekend with her two co-writers adding final touches to the script.

Industrywalas are saying the latest rivalry of any significance in tinseltown is between Shah Rukh Khan and Ranbir Kapoor. Given the age difference between the stars, they can hardly be described as contemporaries. But battlelines are being drawn, insist sources. The tension first started in 2007, when SRK openly declared that he was going to “destroy” Saawariya, Ranbir’s debut film, which was slated to clash at the box-office with his own Om Shanti Om.

His words proved prophetic when Saawariya was a washout at the marquee, while Om Shanti Om went on to do big numbers. It wasn’t just Ranbir, but his parents Rishi and Neetu Kapoor, and his director Sanjay Leela Bhansali who were apparently shocked and disappointed in SRK’s single-minded determination to flatten Saawariya out of the competition. For his part, Shah Rukh repeatedly insisted it wasn’t personal. Ranbir nevertheless hasn’t forgiven the superstar, his friends reveal.

Now it seems troublemakers have informed Ranbir that Shah Rukh has been using his influence with Eros honcho Kishore Lulla to promote Ra.One over Ranbir’s Rockstar. The Kapoor kid was informed that Lulla pulled a full-page advertisement of Rockstar that was meant to run in a leading morning daily on the day of the film’s release, and replaced it with an advertisement of Ra.One, declaring SRK’s film a superhit.

Also, Shah Rukh has been reportedly telling friends he’s been approached by Bhansali for the Guzaarish director’s next film. This information—true or not—can’t possibly be reassuring for Ranbir, who’s told everyone who cares to listen that Bhansali has been chasing him incessantly for his next, even staking out at the actor’s Bandra home to catch him for a script narration.

Producers and associates of this smouldering actress have been complaining that she’s a joy on the sets, but a pain to deal with. The actress reportedly vanishes for days on end, refusing to answer phone calls or reveal her whereabouts. Even her family, who live in the Capital, are often unable to trace her and invariably call her staff to track her down.

Turns out the actress has acquired a love pad in Madh Island where she regularly gets away with her considerably older filmmaker boyfriend, and likes to remain incommunicado for the duration of her stay. Her closeness to this director has always been the prime cause of her family’s concern, who once even barred her from working in the movies because they were growing increasingly uncomfortable with that relationship.

The actress, who’s been working towards a change of image recently, has always hinted that the filmmaker has been nursing a crush on her. She’s repeatedly said she’s never fuelled his passion. But those who know them insist they’re both equally besotted with each other.