The awkwardness of lost emotions

Guess Whose Eyes Have It • The Heartbreak Veteran 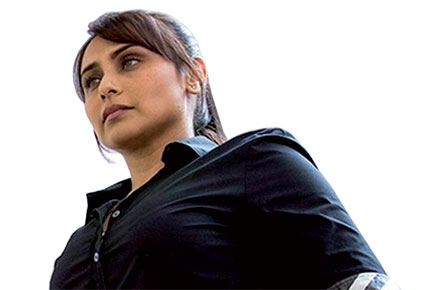 Former lovebirds Shraddha Kapoor and Aditya Roy Kapoor reportedly ignored each other when they came face to face at casting director Mukesh Chhabra’s birthday bash recently. Eyewitnesses say the Aashiqui 2 stars consciously picked different corners of the nightclub to hang out, studiously staying away from each other. Shraddha chose to spend most part of the evening chatting with Detective Byomkesh Bakshy! star Sushant Singh Rajput and his girlfriend Ankita Lokhande, while Aditya nursed a drink and stuck with a gang of male friends.

It was a similar scenario days later at an IIFA announcement event where Arjun Kapoor and his Tevar leading lady Sonakshi Sinha found themselves sharing the same stage. The pair, who is believed to have been dating during the making of their one film together, maintained a safe distance even in the presence of dozens of cameras. It was a good thing they had Hrithik Roshan and Shahid Kapoor for company on stage, so their cold vibes didn’t become the focus of media attention.

Industry insiders say the ‘friendship’ between Varun Dhawan and his Student of the Year co-star Alia Bhatt has similarly gone sour. The young stars, who were said to be dating once, are now ‘professional’ and ‘cordial’ with each other at best, reveals a well-informed source. But this situation is a little bit more complicated, since the actors are slated to spend many months in each other’s company filming mentor Karan Johar’s troubled production Shuddhi, which they were recently cast in.

Guess Whose Eyes Have It

Among the many fans of Shoojit Sircar’s recent critical and commercial hit Piku is Rani Mukerji, who admits she reached out to the filmmaker and his leading lady Deepika Padukone to rave about their movie. The Black star praised Shoojit for getting the milieu and the Bengali nuances down perfectly, and also complimented Deepika for using her eyes to great effect in the film. Rani adds that she unabashedly declared to both Shoojit and Deepika that if there was any other actress in Bollywood who could perform that role as impressively, it’s her.

Currently enjoying some down time after the success of last year’s Mardaani, Rani has admitted she hasn’t signed any new films “although there is a possibility that we might do a sequel” to that Pradeep Sarkar-directed cop drama. Nothing is confirmed though, she stresses What she is clear about, she insists, is that she won’t use her clout as the wife of the country’s most powerful film producer to create projects for herself: “I like the idea that some filmmaker somewhere thinks I’d be good for a part, and approaches me for it.”

A promising star-kid, who may or may not have had a hand in his model girlfriend landing the female lead in his next film, is probably in a spot of trouble with his sweetheart right about now. Turns out that the pretty lady was recently replaced in the movie with a more bankable female star.

The painfully shy, nimble-footed male star is believed to have met and begun dating the model after she was shortlisted as one of the hopefuls who might be cast opposite him in the forthcoming action film. Sparks reportedly flew while the pair was spending time rehearsing together. The model was then finalised as the film’s leading lady… it probably didn’t hurt that the pair already had such good off-screen chemistry. But now it appears that the film’s Mr Moneybags, its producer, has changed his mind. Word on the street is that a pretty young actress, soon to appear in a dance movie, has been roped in for the female lead instead.

For the said model, unfortunately, this is reportedly her third aborted debut.

She was picked to appear in an ambitious co-production between two major Bollywood studios. When that film fell through, one of those studios quickly snapped her up for another project it was supposed to be putting into production shortly. Then that film was shelved, leaving her jobless once again. And now this third heartbreak!