Sleuthing and Slacking • The Actor Who’s Leading a Double Life 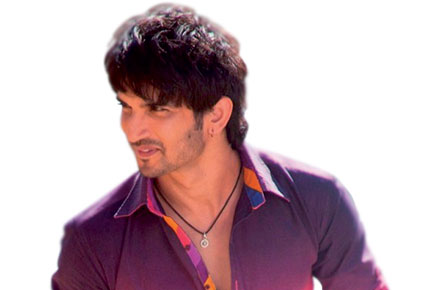 After their very public falling out over Milan Talkies two years ago, it seemed like Imran Khan and Ekta Kapoor had finally called a truce. The actor had revealed that he’d met with Ekta recently and that they’d sorted out their differences. What’s more, they’d picked up discussions on the movie again and were going to put it into production soon.

Earlier this week, however, news trickled out of Balaji Films that Ekta had signed Ayushmann Khurrana for the film. When questioned about being replaced, Imran claimed he had no idea. He insisted he’d had a good meeting with Ekta, and that he’d even been in detailed discussions on the script with director Tigmanshu Dhulia until a few weeks ago. “But nothing surprises me anymore,” he added.

Twice has Ekta Kapoor blindsided Imran, going behind his back and recasting the movie without so much as a warning. The last time, she’d dumped him after the failure of Once Upon a Time in Mumbaai Dobara, and offered her film to Shahid Kapoor, who subsequently declined. At the time she’d also famously attacked Imran in the press, saying he brought nothing to the film.

Insiders privy to recent developments say Tigmanshu was keen to have Imran in the movie, but Ekta became impatient and irritable when the actor insisted that they cast an A-list heroine opposite him.

Middling reviews and abysmal box-office figures notwithstanding, Detective Byomkesh Bakshy! will have a sequel, Dibakar Banerjee promises. He says (producer) Aditya Chopra has given him his word that he can have one more stab at the adventures of Calcutta’s most famous fictional private eye, but Dibakar will direct a “small love story” first.

Dibakar isn’t unaware that Byomkesh alienated a majority of viewers because they thought it was too intellectual. So the sequel will deliberately be “more accessible”. Sushant Singh Rajput will reprise his role as the protagonist, the director has confirmed.

Sushant, who is currently filming the MS Dhoni biopic directed by Special 26’s Neeraj Pandey, has nothing lined up for himself in the months ahead, what with Shekhar Kapur’s Paani indefinitely postponed… again, and the reincarnation love-story with Alia Bhatt (to be co-directed by Homi Adajania and Dinesh Vijan) reportedly shelved. The actor recently revealed that he gave up six projects so he could do Paani, but he understands that an ambitious and expensive film of this nature will take time to go on the floors. Nevertheless, he’s been reading scripts and green-lighting new films, and is expected to make a bunch of announcements in the weeks ahead.

Given the preparation Rajput had put in to play the Bengali detective the first time round, it’s hardly surprising that he’s looking forward to playing the character again. But even he realises that he needs to pack in a release or two in between the two Byomkesh Bakshy films.

A married actor—out of sight, out of mind—is currently the subject of gossip at film parties for his alleged relationship with a high-society diva, herself married to an NRI Richie Rich. Industrywaalas are saying that the out-of-work star may have kept a low profile for the last few years professionally, but he’s been leading a double life.

The lady in question, formerly an associate of one of Bollywood’s top clothesmiths, left the country some years ago when she married an overseas businessman, but continues to maintain close ties with her filmi friends. The actor, who belongs to a prominent film dynasty, married the daughter of a close family friend some years ago and the couple welcomed their first baby subsequently. But the once- handsome star is reportedly finding it hard to stay faithful.

On the career front, he’ll likely return to the screen after a hiatus of nearly six years in a sequel to one of his monster hits that’s been in pre-production for some time now. To be fair, the actor has shown no restlessness and no urgency whatsoever to return to the sets, insisting that he’s been enjoying time spent with his family.

Evidently he’s had his hands full.