Stuck with the Mascot 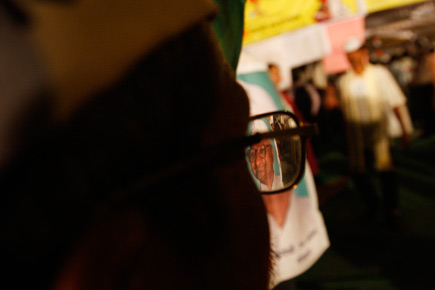 
It happened, providentially, between the World Cup and the IPL. Anna Hazare, whose infatuation with Narendra Modi and Raj Thackeray was not known to many (the character of a man is so hard to google, especially when you have to transmit a whole revolution live), said he was ready to sacrifice his life to end corruption in the country. In response to his fast-unto-death, the beautiful people held candles and walked great distances. Kabir Bedi, or his wax statue, said in his baritone, “If this is not revolution, I don’t know what is.” Thousands of angry people employed in the private sector, some of whom even took comp offs, came out on the streets to support Hazare. Hundreds of thousands gave missed calls to a number to say that they were with Anna. The Government surrendered to fight another day. The people had won a rare victory. In tribute, Sai Baba nearly died.

It was exactly the kind of revolution the Indian middle-class loves. Like Ravi Shastri’s fielding, it did not soil their whites. They went back home without being hit by lathis or spilling blood. Enchanted by the seeming triumph of their rage, they unfriended and abused anyone who questioned their revolution, their cause.

But then Anna started talking. First he congratulated Modi for the “good work” he was doing in rural Gujarat. Unable to tolerate the erroneous praise for a man who is accused of presiding over one of the worst massacres of Muslims in India, a section of Hazare’s followers, including Mallika Sarabhai, left in a huff. Prashant Bhushan, part of the committee that is drafting the extraordinary Jan Lokpal bill, said Hazare’s compliment was “politically naïve”. Then Hazare said on Headlines Today that he believed not only in Gandhi’s ways but also in the justice system of the medieval king, Chhatrapati Shivaji. He suggested the hands of the corrupt be cut off. This is the kind of statement that usually gets him applause in his village, but as the new saint of the middle-class, he was becoming an embarrassment.

In time, if not controlled by the people around him, he will say many more things that are as silly. It is already clear to those who want to wake up from their dream that Hazare is just a simple man from another time, like your affable grandfather, with communal tendencies and an obsolete view of the world. But he managed to sell the middle-class a lemon—himself.

The consequence of an excited naïve middle-class hoisting Hazare as a hero is the irony that he would, in time, make the Government look better than civil society. It is unfortunate because this society contains very bright and honest people. As it is, the Jan Lokpal bill is ambitious—it imagines an institution beyond the authority of the Government that would have the power to investigate and prosecute the most powerful people in the country.

Those who believe that Jan Lokpal is practical are most likely to point to the success of another powerful independent body—the Election Commission. But then the reasonable success of the Election Commission is largely due to the fact that all rival political forces have a common interest in the functioning of the Commission. The body, in principle, offers a level playing field. But in the case of an anti-corruption body, it is in the common interest of all corrupt political players, across party lines, to come together as a cartel to thwart its functioning. The very reason why existing bodies drafted with good intentions, like the Central Vigilance Commission (created by another Gandhian), have become ineffective.

There can be many arguments for and against the Lokpal. Whichever way you look at it, the process of breathing life into the extraordinary institution is going to be very complex, and much depends on its mascot, Anna Hazare, retaining the support of television’s most important constituency—the middle-class. But he seems bent on losing them by revealing his inner thoughts.

In the middle of all this, it is hard to ignore the fact that while the middle-class has the right to be disgusted by corruption, it is also a huge beneficiary of the malaise. What is the corruption that the middle-class is referring to? Bribes paid to politicians by giant corporations. But then what really is such a bribe? In a country where governance and systems are inefficient, a bribe is often an incentive given to a person in power or cartel of powerful people to ensure that a path is cleared quickly and smoothly. It is a way of buying efficiency. A number of companies that now employ the middle-class have managed to set up and grow their businesses in India because of this incentive. The same reason why expressways and sealinks and whole suburbs have risen in the country, greatly changing the quality of life of the middle-class.

So the middle-class is not the victim it projects itself to be. The real victims are the sections that have been left out or are on the fringes of the new economy.

In fact, if the middle-class really wanted a revolution, all they had to do was quit the companies that were tainted in the many scams or refused their services and products. This demand is not very different from what Gandhi asked of his people during his struggle. Very few complied. Even then, marching on the road was easier.

In an earlier version of this article, there is a mention of Hazare, a few days ago, supporting Raj Thackeray’s philosophy. While Hazare has made statements to that effect in the past, it is not true that he made any such statements this month. The error is deeply regretted.