Between the protector and the persecuted 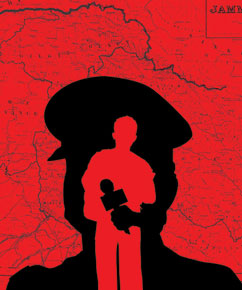 Nothing is more rewarding in a conversation than the intellectual curiosity of the other, and what I enjoy most is the possibilities of questions rather than the certainties of answers. Last week in Mumbai, at St Xavier’s College, I had all of that in equal measure, and what stood out most was the higher political quotient of the students from the mass media department who organise the annual Zeitgeist Conference. As a speaker in one of the panel discussions, I knew before I uttered my first word that I would be in the company of experts who float in a world without doubts, where the righteous mind prevails over all those moral harrumphers. I would remain unsurprised, mostly.

Interestingly, my session was called ‘Rifles and the Written Word’ and the provocation was the Armed Forces Special Powers Act (AFSPA) in Kashmir, which was called, depending on your idea—or ideal—of India, draconian, anti-human rights, jingoistic, secretive, unaccountable, nationalistic, sacrificial, and plain brutal. There’s a touch of truth in all of these adjectives, which also, invariably, reflect the elasticity of Indian democracy, its dissonance of dissent. Predictably, and as it befitted the topic, I was caught between the protector and the prosecuted—the flag-waving General (retired) and the wounded Kashmiri youth. They reached no common point, though they had a common grievance: the media always missed the story, or it played up the wrong story.

For the General, AFSPA is a national necessity in India’s most volatile conflict zone, where what the enemy wants and the so- called victim of army excesses demands are the same: withdrawal of the Army. Kashmir, in his storytelling, still requires the care and protection of the armed forces, which in turn need to be protected by the special Act. Excesses? Transgressions? Nothing, and the media is not there to tell the Army’s version of the story, its work for the territory and the people, and its achievement in reducing the number of terrorists in the Valley, goes his lament.

The victim, a PhD student from the Valley, was the anti-General. He is the last man standing, armed with nothing but the angriest words of alienation, in a land without justice, the hounded one in an ‘occupied’ territory. The Army comes looking for god alone knows whom at the oddest hours into his house, and he also knows that Kashmir’s freedom is incompatible with the continuation of AFSPA. There are so many stakeholders in Kashmir, and Pakistan is one of them, and the solution that makes any sense to a people whose loyalty to India was bought at gunpoint is self-determination—so goes the essence of his dissent. And the media always gets his story wrong.

These positions bring out two versions: Kashmir of the mind and Kashmir of the territory. In the first, represented here by the victim youth, Kashmir is part nostalgia, part romance, part fantasy, and a permanent struggle for freedom. It is an idea both disputed and divided, and the state that seeks monopoly over it can keep doing so with brutal force. It is an absurd idea, and a dangerous one as well. This struggle too requires the enemy, the bogeyman—and the permanence of the victim. This struggle aspires to be larger than the ghettoes of its origin; it seeks spiritual affinity with the larger struggle of Islam. It mimes the romance of the Palestinian war against Israel by creating its own intifada, though it does not have a Mahmoud Darwish. No country that believes in its own sovereignty can tolerate this struggle that is being increasingly sustained by the Book. And it is the Book that powers the assassin with the knife, looming over the hooded figure on his knees elsewhere in the so-called Islamic State.

Then there is the Kashmir of the territory, and it cannot be held together without jackboots. Kashmir is not normal enough to be left entirely to the civilian administration. And the elected governments have consistently let down Kashmir. So the Army in the state is inevitable, necessary, and irreplaceable. Still, are the transgressions of the protection force justifiable—or unpunishable—in the name of national security? Is secrecy a necessary condition for the fight against terrorists? Can the Army behave as if it is a parallel state? The questions become unavoidable when the Army, protected by the special Act, gets away with its excesses. It wields secrecy as a weapon when questions are asked. No institution in a democracy should act like an extra- constitutional authority. What is now required is not a withdrawal of armed forces, or a repeal of the Act, but some kind of modification to AFSPA to make the Army’s conduct in the Valley more accountable and transparent.

For the media, caught between these two realities of a conflict zone, the visible is not necessarily verifiable—and truth is not linear. So what you get mostly from Kashmir is either empathetic participatory storytelling or the sensationalism of half-truths. The story of Kashmir is more than the exaggerations of the ‘protector’ and the ‘persecuted’. I would take the lead from the questions of students from St Xavier’s rather than from the certitudes of the Valley’s lead characters in search of a fair reporter.