“Stalin was a man of surpassing intelligence and willpower”

Stephen Mark Kotkin on Stalin: Paradoxes of Power, 1878-1928, his first volume in a three-part study of the Russian autocrat which hit the stands recently 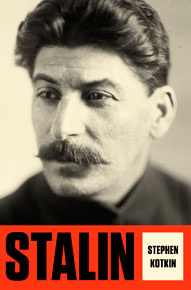 Stephen Mark Kotkin on Stalin: Paradoxes of Power, 1878-1928, his first volume in a three-part study of the Russian autocrat which hit the stands recently

Stephen Mark Kotkin is Professor of History and director of the Program in Russian Studies at Princeton University. In his latest book, he debunks several myths about Soviet dictator Joseph Stalin zealously spread by his fanatic followers and sworn enemies. Kotkin, who spent 11 years researching on the book, speaks to OPEN about Stalin: Paradoxes of Power, 1878-1928, his first volume in a three-part study of the Russian autocrat which hit the stands recently. Excerpts:

Why did you write this book? Why did you choose the phrase, paradoxes of power, in the title for your book?

In writing Stalin, I aimed to take advantage of the inundation of formerly secret documents as well as major books by Russian and other scholars to offer a new synthetic interpretation of the man and his times. “Paradoxes of Power” refers to two aspects. First, the Bolshevik seizure of power in Russia in 1917 created a situation of (self) capitalist encirclement; the regime was a monopoly yet insecure through and through, at home and abroad, creating a kind of in-built structural paranoia. Second, the more power Stalin personally acquired, the more paranoid about that power he seemed to become. Stalin craved power and yet it never seemed to satisfy him; on the contrary, the experience of power seems to have troubled him even as relished wielding it.

You have dismissed many popular myths about Stalin, especially the ones spread by Leon Trotsky and his followers, that the Russian dictator was an uneducated, unintelligent, evil idiot. Your book says that, contrary to Trotsky’s claims, the Russian despot was no man of "outstanding mediocrity".

The dismissal of Stalin as a nonentity or mediocrity by those whom he defeated politically might be understandable, at least in psychological terms, but it is utterly absurd that a man with supposedly little talent could have remained in power for three decades, indeed could have built and sustained probably the strongest dictatorship in recorded history. This does not mean that Stalin was a genius or always especially skillful. He was often blinkered, as well as ruthless and evil. But as I tried to demonstrate with copious evidence, he was a man of surpassing intelligence, diligence, and willpower.

How long did it take you to do research into the book whose bibliography alone runs into nearly 50 pages?

I worked on Stalin for 11 years. During that time I wrote volumes I and II simultaneously. The first, just published, covers the years 1878-1928; the second covers 1919-1941 and should be published around two years hence (I have some time to revise the draft). Each volume runs to about 700 pages of text, not including endnotes and bibliography. I have yet to commence writing the third and final volume.

You have also argued against the Freudian notion that it was his traumatic childhood that turned Stalin into a dictator. How did such a perception gain so much ground?

Recourse to mechanical psychologizing remains popular in the writing of some biographies, whether of transcendent artists or murderous tyrants such as Stalin. Additionally, much of the most important documentation on Stalin was long inaccessible, through no fault of biographers, so the marshaling of psychology was in some ways a substitute. The past 20 years have seen a radical revolution in the accessibility of materials about Stalin and his regime. The volume of documentation is overwhelming.

What are the other major misconceptions peddled by authors as well as others about Stalin? Was he a Lothario as a young man?

The myths about Stalin are legion, starting with his own regime’s propaganda, then the calumny from survivors in the emigration, and the fantasies of historians and biographers, effectively beginning with Lev Nussimbaum (who wrote under the pen name Essad Bey). One of the great mythologizers of Stalin was Lavrenti Beria, who rose to become the chief of the secret police from late 1938. It is like a vast accumulation of barnacles on an immense ocean vessel. Scraping them off has been very labour-intensive.

You seem to suggest that the rift between Stalin and Lenin in the latter's last years were magnified to suit certain interests. It is a shocking disclosure and a big departure from what most historians had written about. How did you come to this conclusion?

Stalin’s relationship with Lenin was absolutely vital for his entire career. He was Lenin’s protégé, promoted by him, and he was Lenin’s master pupil, a role that Stalin successfully cultivated against rivals. Stalin had no more important relationship in his life, both before and after Lenin died in 1924. Readers might be very surprised, however, at what the book shows about the time when Lenin became ill from 1922. There is a new history of Stalin’s relationship to Lenin and how he built his personal dictatorship within the dictatorship.

What explains Stalin's decision to go for “Collectivisation” that led to the deaths of millions of people? Wouldn't he have consolidated power without resorting to de-kulakisation of Russia?

Stalin has too long been seen as interested merely in power for power’s sake. The book treats at great length Stalin’s beliefs and worldview, whence they arose, how they evolved, how he applied them. Stalin was a man of deep convictions. There is now way to understand him, or the fate of the revolution, without close examination of ideas.

I am sure your next two volumes will dwell at length on that: how do you explain that longevity of Stalin's hatred of Trotsky who was killed only as late as 1940? Don't you think Stalin could have bumped him off much earlier?

The Stalin-Trotsky story is one for the ages. Each came to define himself in light of the other; their battle, although an uneven one, is a gripping story.

Which are your favourite previous biographies of Stalin?

Among the previous biographies of Stalin, I would single out the ones by Boris Souvarine, who knew Stalin personally. Souvarine’s magnificent book only goes up to 1935. Dmitri Volkogonov also wrote a great biography of Stalin, distinguished by the fact that he placed World War II at the centre of the story and he used a lot of new, formerly secret documentation. Hiroaki Kuromiya’s Stalin might be the best succinct overview.

To what extent does Stalin's ghost haunt contemporary Russia?

Stalin will haunt Russia and the rest of Eurasia forever. That is why it is so important to know the true story.