Sex and the City

Are one-night stands as unIndian as apple pie? Does the liberated bharatiya naari only have sex with strings attached? 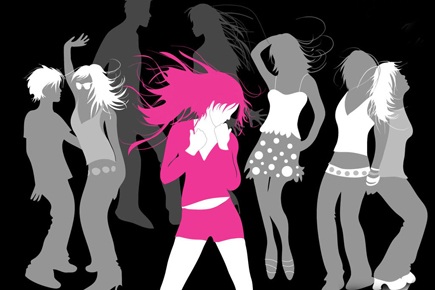 Are one-night stands as unIndian as apple pie? Does the liberated bharatiya naari only have sex with strings attached?


Are one-night stands as unIndian as apple pie? Does the liberated bharatiya naari only have sex with strings attached?

“It’s impossible to have a one-night stand in Bangalore,” complains the 30-something lawyer at a GQ event jammed to the gills with women baring their best cleavage. “This city needs a meat market,” agrees his expat friend, prompting the very pretty writer from Mumbai to suddenly declare, “I’ve had one-night stands!” And then she hastily adds, “But those were years ago, in New York.” The boys slump back on the sofa in disappointment, she wanders off into the night, and my inner Carrie Bradshaw stirs to life, pondering a suitably ‘Sex and the City’ riddle: Are one-night stands as unIndian as apple pie? Does the liberated bharatiya naari only have sex with strings attached?

In the faux India of lifestyle magazines, the modern woman is getting it on whenever and wherever she can. A regular little Lolita, she is perpetually in need of sex advice: on mile-high clubs, sex-dare games, must-have sex toys and 40 things to do naked. Every once in a while, this orgasmic hallucination wavers, if only for one stray Cosmopolitan sex survey. The most recent poll of its readers revealed a mere 25 percent had done the deed with more than one man; only 20 percent had slept with a man “solely for sexual pleasure”; barely 4 percent had experienced oral sex; and best of all, half of them had never tried any of Cosmo’s sex tips.

“It’s totally okay for women to have one-night stands. I say go for it,” says Nisha, a corporate high-flier in Mumbai. “But I haven’t had any myself. I’m just not interested,” she confesses a little sheepishly. A dinner conversation in Delhi turns into a Clintonesque debate over the definition of sex. The women seem to think a little drunken fumbling around counts as a one-night stand. The men hold firm on the vast difference between making second base and scoring a home run. A free-spirited artist in Bangalore doesn’t believe in making the right boy wait. “I’m a bit impulsive that way,” she says. But her encounters have inevitably led to relationships, except for one night in, where else, Los Angeles.

There’s a reason why the United States most often stars as the setting in stories of indiscretion. In the sweet land of liberty, a desi woman can hook up with a stranger at a friend’s wedding and leave the next morning in the happy knowledge that she may never see him—or anyone who knows him—ever again. Life in India offers no such comfort.

“Who would I sleep with?” pooh-poohs an old friend. “I see the same people over and over again. I have a fairly small social world.” So do the rest of us. We may be one in a billion, but life in India is like being trapped in a goldfish bowl. We float about in small interlinking, overlapping, merging social cliques. Take a man to bed and you may well discover that he is a cousin of a cousin, knows your old schoolmate in Pune, and is married to your work-mate’s sister. Of the major cities, Bangalore is perhaps the worst. There’s barely two degrees of separation between you and a likely sexual prospect. Everyone knows everyone; and everyone likes to talk. Sex is never entirely safe for a single woman in this town.

For all the hue and cry over our newfound decadence, casual sex remains a dirty little secret even among hip urbanites. Screwing around still makes him a stud and her a slut, 21st century be damned. On my last trip to San Francisco, a friend gaily rattled off her sexcapades in Brazil as eight of us—including my husband—sat at the bar. They featured an eighteen-year old boy, a tour guide, and a sex hotel (though not all at the same time). Just the tour guide would be sufficient fodder for a social lynching back home.

There are innumerable urban myths about girls behaving badly: wild nights at the call centre; horny twenty-somethings at corporate training programmes; middle-aged aunties bedding their gym trainers. Female promiscuity in India is a bit like the Loch Ness monster: vastly rumoured, but rarely sighted.
One such exception is Nikhil. Charming, wealthy, and exceedingly suave, he’s an old-fashioned ladies’ man. Nikhil doesn’t need a meat market to land a companion for a night—a feat he accomplishes with some regularity and seemingly minimal effort. The secret of his success: discretion, discretion, discretion. “You can never talk about it, not even to your male friends,” he says, “That’s a huge no-no.”

Nikhil’s other prerequisite for a one-night hook-up: “You have to hit the social G-spot.” Or as a friend put it more bluntly, “You can screw around, but never ever screw down.” “On par maybe, or up, but never down,” nods another in agreement.

The status rule, however, creates a sexual Catch-22. Liberation is a function of class for an Indian woman. But the wealthier she is, the more exclusive her social circle, and thus fewer the prospects for a classic one-night stand. Sex with an insider requires careful calculation, a degree of trust, and therefore familiarity. Casual sex, even in the higher echelons, entails some kind of a relationship, usually with a generous dollop of courtship, flirtation, many times romance.

Sexual behaviour is more often about consequences than virtue. The contraceptive pill dealt a death blow to traditional values in the West, and globalisation may well do the same for middle class women in India. More of us now lead the sex-booze-and-cigarettes lifestyle that was once the privilege of the very rich. But will the free market usher in the meat market?

Most likely not. Repressed or liberated, Indians are defined by their social networks. Who we know is who we are. Be it our hair stylist, paediatrician, or maid, no one enters our life without a trusted reference or personal connection. We knew the value of being LinkedIn long before the techies figured it out. If you don’t know people we know, we don’t want to know you, and certainly not in the biblical sense. Chances are that Indian women may never learn to be entirely casual about sex, which will always come with strings attached, the strings that bind our lives.