The literary suicide of Perumal Murugan 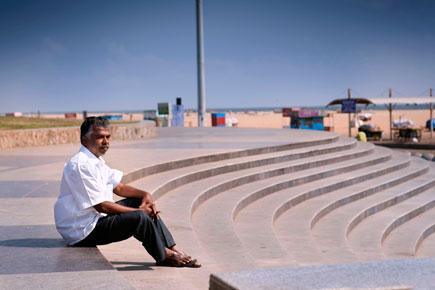 The literary suicide of Perumal Murugan

The novelist is the loneliest of artists, hunched over for years over his desk, constantly at war with his demons, assailed by relentless self doubt, constantly seeking an escape from his calling and emerging out of the tunnel after the work, wringed out letter by letter, is complete, but even then uncertain whether it is any good, and, even if it is, whether the reader will recognise it. It is not courage that marks out novelists (of some integrity and ability) but an inevitability that they really could not be anything else even if they wanted to.

On Monday, the Tamil writer Perumal Murugan posted this, as translated by The Hindu, on his Facebook account: ‘Perumal Murugan, the writer is dead. As he is no God, he is not going to resurrect himself. He also has no faith in rebirth. An ordinary teacher, he will live as P. Murugan. Leave him alone.’ But to not write is not something that will happen even if he intends it. He will write. It is something he has no control over, no matter how much humiliation he has had to face.

The circumstances that made him announce this literary suicide is so tiresome in its repetition that it has long ceased to shock. It is the age-old conflict between artists and those who imagine themselves as protectors of culture and God. In the short term, the latter always wins. The artist has enough trouble writing; if he wanted to be a martyr, he would have joined the Army.

Also unsurprising in the current instance is that Murugan’s book, Madhorubhagan, was written four years ago. It speaks about an infertile couple having ritual extramarital sex under the auspices of a temple festival to have a child. Murugan set the story in Tiruchengode and the temple there.

It is only after the English translation came out recently as One Part Woman, that suddenly local groups decide that their religion, caste and region had been insulted. There has been a bandh, Murugan has had to flee his home and in peace talks mediated by the government forced to repeatedly apologise and promise to change the name of the town in the next edition.

Consider the irony in all this: the local men who are agitating are more versed in Tamil than English but it is the English translation that gets them to the streets against the book.

They have obviously not read either of the versions and the only familiarity they have with the book are the ‘offending’ passages taken out and advertised.

They are reacting to a pamphlet and that is always how it happens, the most famous instance being Salman Rushdie’s The Satanic Verses.

In any such cultural terrorism, there will always be a bunch of moderate voices saying that there can be no excuse for violence but freedom of expression has limits on the offence it may cause.

These voices have more in common with book burners than book writers. They give legitimacy to the state when it, instead of protecting Murugan, forces him to negotiate with those who burn his books. He is right about the futility of writing in such a society.