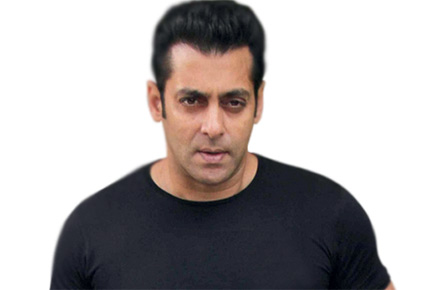 
Now it can be told. It turns out that just weeks before the cameras began rolling for Bodyguard, the film’s producer, Atul Agnihotri, approached his star and brother-in-law Salman Khan with a tight production schedule, explaining that if they could begin their shoot every morning at 9 am, they could work longer days, which in turn could easily bring down the film’s budget by roughly Rs 5 crore.

Salman, being a notorious late-riser, reportedly volunteered to lop Rs 5 crore off his fee and contribute it towards the film’s production expenses if the budget was becoming too bloated, but insisted that he simply wouldn’t arrive on the sets before noon.

No word on whether anyone dared cut his salary, but given that the film went on to gross well over Rs 100 crore at the box-office, nobody dared complain of the star’s tardiness and complete disregard for professionalism.

Joker director Shirish Kunder may be “the most misunderstood person in the film industry” (his wife Farah Khan’s words), but producer Sajid Nadiadwala may well be the most heartless. Shocked whispers went around last Friday when Nadiadwala announced that he was replacing Kunder as the director of his Salman Khan-starrer Kick. It felt like a particularly low blow because the producer chose to make the announcement on the very day that Kunder’s film, Joker, opened to underwhelming box-office numbers and poor reviews.

Nadiadwala, a producer of 25 years, has decided he will direct Kick himself, and quickly released a statement that it was his star and close friend Salman who insisted that he take over the reins of the film.

The reason this incident has become the subject of much gossip in Bollywood is because Nadiadwala and Farah have been tight for years. The Om Shanti Om director famously ties Nadiadwala a raakhi to and regards him as her brother. Hence, the betrayal takes on a whole different meaning altogether.

It’s no secret that Salman Khan more or less directs his films himself. If the actor’s lucky streak continues, Kick will be a box-office smash, and the director (whoever he may be) will have a super-hit against his name despite minimal effort on his part. Insiders are saying Nadiadwala, more than likely, spotted this opportunity and decided he’d be foolish not to exploit it. Also, why pay Kunder or anyone else a director’s fee when he can keep the figurehead title for himself?

Nadiadwala isn’t the first shrewd producer in tinseltown, and he won’t be the last. What has surprised industrywalas is the insensitive timing of his announcement. Surely he could have waited a few days before revealing that Kunder was no longer attached to Kick. Why add to the director’s woes by making the announcement on the same day that his film had so publicly tanked? Sensing the industry’s less-than-impressed response to Nadiadwala’s move, Salman Khan tweeted a few days later that Kunder had left the project voluntarily as he was working on ‘something else’.

Some Bollywood stars are better actors off-screen than on screen. While promoting a film they’d starred in together, these two actresses swore undying friendship and mutual respect. The film worked at the box-office, and both the industry and audience was impressed with their closeness.

It turns out that this might have all been an act. The senior of the two actresses reportedly breaks into a rash at the very mention of the other actress’ name. She’s not thrilled that the younger star has moved into her territory—strong women-centric films that she was once known for.

At a party recently, the senior actress’ filmmaker boyfriend reportedly taunted her when the deejay played a popular song from the other actress’ blockbuster film. Eyewitnesses standing nearby say they heard some of the most foul language ever to emerge from her mouth in response.

The star apparently went into an abusive tirade against the younger actress, unconcerned that people could hear her frothing at the mouth.