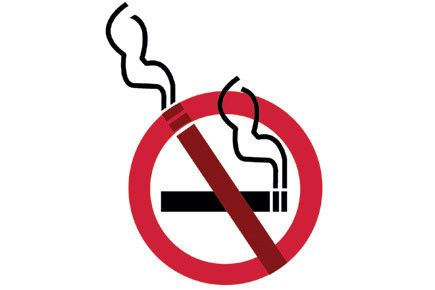 
Life changed for a lot of Indians on 2 October last year. All Indians who smoke—for that was the day when former Health Minister Anbumani Ramadoss imposed the total ban on smoking in nearly all indoor public spaces. Why he focused all his energies during his entire tenure on smokers, given the number and seriousness of other health issues the country faces, still remains unclear to me, but anyway, the deed had been done. Smoking had been banned on flights many years ago, and after 9/11, India post-haste forbade the carrying of lighters and matchboxes on planes. Again, the logic beats me, since the airport authorities have no equipment that can sense a matchbox in cabin baggage, so most smart smokers carry their matchboxes with impunity. Also, I have racked my brain over this, and would really like to know how one can hijack a plane with a matchbox. If one can, then Kandahar would look like a picnic.

I often visit a lounge bar in the National Capital Region, where smoking continues unabated. In mid-October, I went there and was surprised to find everyone calmly puffing away. This was the manager’s story: 2 October was a Friday. Friday and Saturday nights, about 250 people land up at this 80-seater restaurant, of whom, the manager claimed, nearly 220 smoke. So on the day of the ban, there was mayhem. Guests threatened never to come back if they were not allowed to smoke. The management said it was helpless, and the guests could always go out and smoke. To which the deprived lot replied that they smoke when they drink, so would the restaurant then allow them to carry their drinks outside on the road? And anyway, drinking on the road was illegal. And the ladies said that it was hardly safe for a woman to be smoking on the road at night. They would be sexually harassed, maybe even molested. So the management allowed the guests to smoke in the toilets.

But even this proved to be ineffective. The toilets are small, and not more than three can stand there without bumping into one another. And soon the toilets were filled with smoke, and it became difficult to breathe. So after prolonged negotiations, it was decided that the area to the left of the bar would be the smoking area, and the space to the right would be non-smoking. To which guests sitting on stools on the right of the bar came up with an ingenious objection. The bar is circular, so why should half the circumference be discriminated against? This, they said, went against geometric logic. The management gave up; it was decided that weekends would be smoking days throughout the restaurant. But the usual gang returned on Monday and fought fiercely about some days being considered less equal than others. This social and calendarial justice issue was finally resolved once the management abjectly surrendered.

Kolkata, of course, has responded to the ban in its own way. Though the vast majority of restaurants are non-smoking, in central Kolkata, there is a famous old one where I found guests smoking. How come, I asked. Apparently, the eatery was allowing people to smoke ‘at their own risk’. If there was a police raid, it was their problem. Meanwhile, a novel scam has become popular. Young men go into a bar, have a few pegs, order one more. When the drinks arrive, they say: “We’ll just go out and have a smoke and come back. Why don’t you get our bill ready?” Then they leave, never to be seen again. The smarter ones, in fact, go out once for a smoke, and come back, to build trust. The second time, they vamoose. Some restaurants in Kolkata have now started posting a waiter outside the exit. Whoever comes out, the waiter checks his bill.

A few weeks ago, when I was at the free-smoke-zone lounge bar I was talking about earlier, a couple came and sat at a table close to us. They weren’t smoking. So my solicitous friend called the waiter and requested him to ask the couple whether they were bothered by our smoking. The waiter simply shifted the couple to a dark corner at the back.