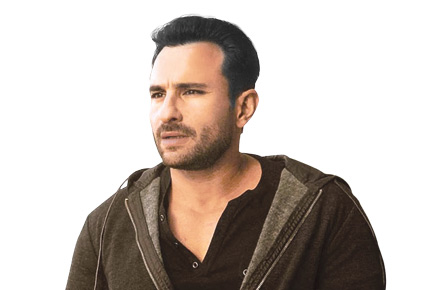 Apparently Ranbir Kapoor is deeply embarrassed by his dad Rishi Kapoor’s recent outburst in a film glossy against Gangs of Wasseypur star Nawazuddin Siddiqui. Kapoor Sr was quoted attacking Nawaz, hollering that “You have neither the image nor the talent to do romantic films”, in response to Nawaz’s statement in an earlier interview that romantic roles were relatively easy to do.

Taking affront to the comment, Rishi Kapoor, easily Bollywood’s most successful and popular romantic hero, lashed out: “My friend, my dear Nawazuddin, I’m not demeaning your talent… I’ve even seen one or two of your films, in which you were just average. But it takes hard work to do what others are doing. You haven’t done it in your life; neither will you get a chance to do it. And you aren’t capable of doing it either.” Ouch.

Kapoor Jr, who famously declared last year that Nawaz’s performance in Anurag Kashyap’s Gangs films was the best acting he’d seen in a long time, reportedly explained to Nawaz that his father had a hot temper and a tendency to shoot off his mouth. Ranbir also may have had a chat with his papa, who has since insisted he was misquoted in the interview. Nawaz too has apologised for offending the senior star, insisting that he wasn’t dissing Rishi Kapoor, whose lifelong fan he remains.

Thirteen years since his breakout in Dil Chahta Hai, Saif Ali Khan has apparently signed on to make a new movie with Excel Productions, the banner headed by Farhan Akhtar and Ritesh Sidhwani, who gave him that early hit. The 43-year-old star will appear in Talaash director Reema Kagti’s thriller, expected to go on the floors later this year after Zoya Akhtar wraps principal photography on her Ranveer Singh-Priyanka Chopra starrer that Kagti has co-written.

Saif’s had a bumpy relationship with the company after Dil Chahta Hai, having committed to star in Zoya’s debut film Luck By Chance but pulling out at the last minute and causing much bad blood between old friends. Although more than one male star had okayed and then dropped out of the film during its seven-year incubation, Zoya has reportedly told friends she was particularly disappointed in Saif for the ‘cut and dry’ manner in which he left the film, and for expressing no apology for the inconvenience he’d caused.

Industrywalas, however, snigger that there’s a long time until the film goes into production, and the famously moody star cannot be trusted to stick to his word. The actor’s movie choices, after all, are often knee-jerk reactions to the box-office fate of his last film. It appears that after the failure of the heartland-set Bullett Raja, Saif has decided that he ought to ‘secure’ himself with a handful of A-grade urban films that are his comfort zone. But he’s got at least two releases (Sajid Khan’s Humshakals and Happy Ending with Krishna DK and Raj Nidimoru) lined up between now and when he starts Kagti’s film. And that’s enough time for a change of heart.

The Son No One Wants

Mr Moneybags Producer, once a leading name in the biz, is reportedly desperate to place his son in a ‘big’ film, but can’t seem to find anyone who’s willing. Not even a director he’s paying a fat salary for helming a multi-starrer comedy being made under his banner.

The producer has already launched and re- launched his son four times over in ‘smaller’ solo ventures, but the kid hasn’t landed a single project outside of daddy’s company. From splurging on the rights to an international pop number to hiring respectable supporting actors for each of these movies, daddy dearest has dipped deep into his pockets each time. But it’s become clear that the only thing that might actually help his son ‘succeed’ is riding piggyback on the popularity of real stars in a multi-hero project.

Word on the street is that the producer has failed twice to convince a big-name director into casting his son in the two films he’s made for his company. The latest movie, a comedy with three male leads, would have been an ideal project to slip his son into, but the director reportedly insisted there was only space for ‘stars’ in his film.