Reading Fukuyama: How Liberal Is Your Democracy?

The future of freedom and institutional decay 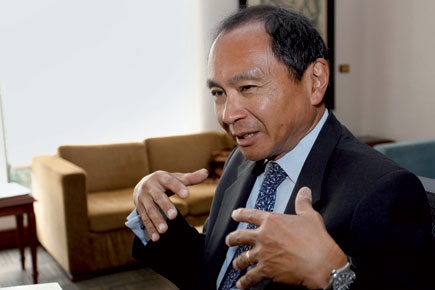 The future of freedom and institutional decay

Francis Fukuyama is usually called one of the most influential public intellectuals of our times. More apt a description would be ‘a public philosopher of the state’. His arrival in the marketplace of ideas was at a momentous juncture in history, the defining year for Europe after 1945. In the autumnal glow of 1989, as he watched the world from the vantage point of a State Department office in Washington, the sight was heartwarming for the yet-to-be-born prophet of liberal democracy: the detritus of the Berlin Wall, the rite of liberation in Eastern Europe, and the tottering Soviet empire. It was the backdrop in which he wrote that essay in the journal The National Interest, and as a piece of Free-World punditry with a global readership and influence, it was as seminal as George F Kennan’s 1947 essay (written under the pseudonym X) on containment of the Soviet Union in Foreign Affairs. In ‘The End of History?’ (the argument would be enlarged to book length as The End of History and the Last Man), he said that the fall of the Berlin Wall marked ‘the end point of mankind’s ideological evolution and the universalization of Western liberal democracy as the final form of human government.’ History, he would elaborate, in the Hegelian sense, as a locomotion of freedom.

The essay—and the book—would make Fukuyama a rock star of an intellectual, and the march of history through the mean streets of the Balkans and elsewhere would invite rejoinders—and even derision—to his argument. Fukuyama, already the house prophet of neoconservatives, would amend his argument, but he would not deviate from the foundation of his thesis that liberal democracy is the last—and the most desirable—station of history. The only dispute could be about: Are we there yet? Robert Kagan’s smart little book, The Return of History and the End of Dreams, as the parody of the title announces, was anti-Fukuyama at the outset. In the wake of rising autocracies in places such as Russia and China (he was not sure about the durability of the Islamist threat), one could not afford to be optimistic about the triumph of liberal democracy in the post-Wall world. History’s danse macabre was too much for this neoconservative policy wonk and op-ed contributor to be a believer in the easy ascent of democracy. He did not reject the ideal of liberal democracy either.

Neither did Fukuyama, in spite of history’s tumultuous afterlife. He may have broken away from neoconservatives after George W Bush’s Iraq war; he has not stopped his arguments on democracy—and the evolution of the modern state. His new book, the mammoth Political Order and Political Decay: From the Industrial Revolution to the Globalization of Democracy, comes, aptly, on the 25th anniversary of the fallen Wall—and of his own end-of-history essay. It is Fukuyama’s worthy commemorative gift to himself. It is also a sequel to The Origins of Political Order: From Prehuman Times to the French Revolution. Fukuyama is a philosopher of grand sweep, and I do not think he has any competitor in his astonishing capacity to include such an arc of knowledge, ranging from the origins of the social animal to the future of freedom, between the covers—it is accessible but awesome, his intellectual ambition. The first volume starts with mankind’s ancestral biology, passes through the transition from tribalism to statehood, the religious origins of the rule of law (he even cites the contributions of Brahmin priests here), and ends with how the French Revolution spawned the ‘modern impersonal state’. The new book shows us how the evolution of the three institutional structures of political order—the state, the rule of law and democratic accountability—brought to the fore the crisis of freedom in a globalised society.

Fukuyama calls the crisis ‘political decay’, which is all about institutional decay, and it is not entirely related to economic stability either. Two countries get special attention from Fukuyama as he shuttles between history and the present: America and China. And we have to admit that these two— the First World of freedom and the lasting triumph of autocracy —play the leading roles in the morality play of globalisation today. The Decline of America is an old chestnut in political thought, and in reality, in spite of the thunder from the East, it is a decline highly exaggerated by left-leaning historians. What worries Fukuyama is the slow institutional disintegration in America, where the executive, the judiciary and the legislature—the three pillars of a liberal democratic government that embody the three original categories of political institutions—are far from robust. The debates swirling around two recent jury verdicts that absolved the accused policemen of killing charges alone will vindicate Fukuyama. He goes further, deep into the institutional foundations that sustain the world’s most successful liberal democracy. The Madisonian ideal of constitutional checks and balances has been shattered by the power of veto players; so what we have today, Fukuyama argues, is a ‘vetocracy’.

The Chinese unfreedom is rooted in the state’s disregard for law, and the new helmsman, Xi Jinping, with his contempt for constitutionalism, is unlikely to be the reformer the People’s Republic badly needs—a Gorbachev in Zhongnanhai. China had an organised state (the 221 BC Qin Dynasty) before it had a codified law. As Fukuyama writes, ‘China represents the one world civilization that never developed a true rule of law. In ancient Israel, the Christian West, the Muslim world, and India, law originated in a transcendental religion and was interpreted and implemented by a hierarchy of religious scholars and jurists. The keepers of the law in each case were a social group separate from political authorities.’ Mao’s personal dictatorship was a repudiation of legalities; and the most famous survivor of the Cultural Revolution, Deng Xiaoping, would institute a set of formal laws. Today they exist only to perpetuate the autocracy and persecute those who ask questions. Democracy in China will depend, argues Fukuyama, on the ability of emerging social groups (a result of economic progress) to shift ‘the classic balance of power between state and society that persisted in China’s past.’ It may turn out to be the freedom struggle of the century.

The struggle within liberal democracies, though, is about maintaining the balance of power between the three institutional essentials. The erupting streets, and the freedom squares from Cairo to Istanbul, are manifestations of the democratic urge—and the ascendance of disenchanted social groups. Democracy, in the end, is only as good as those who lead it—and those who question them. Closer home, don’t we know how the world’s largest democracy occasionally plays out its illiberal instincts, or how it allows kleptocrats to subvert the rule of law? So listen to one intellectual who reads the telluric currents of freedom correctly: ‘No one living in an established liberal democracy should therefore be complacent about the inevitability of its survival. There is no automatic historical mechanism that makes progress inevitable, or that prevents decay and backsliding. Democracies exist and survive only because people want and are willing to fight for them.’ Twenty-five years after the ‘end of history’ and the triumph of liberal democracy after perhaps the longest ever clash between two ideas of freedom, the man who blew the trumpet then tells us now that there is not much to celebrate. Liberal is an uneasy adjective for democracy today.