When Failure Struck • A Role Too Close to Home 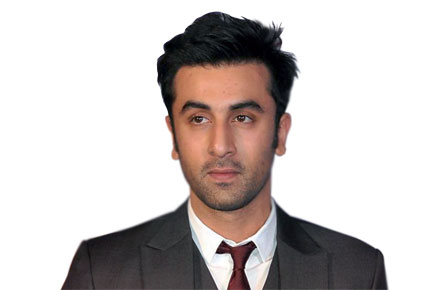 Given the unanimous praise he got for his performance as a creepy sex trafficker in the Rani Mukerji vehicle Mardaani, it’s a shame poor Tahir Bhasin had to wait a whole year for his second film. The actor was recently cast to star against John Abraham and Sonakshi Sinha in Delhi Belly director Abhinay Deo’s Force 2, and is expected to take off for Budapest shortly for a long schedule of the action film.

Tahir, as you may know, is no stranger to waiting. He spent close to four years hanging around in Mumbai patiently in anticipation of landing his first film. But after the success of Mardaani, he’d assumed things would move rather more briskly in his career.

To be fair, he’d signed his second film—Babumoshai Bandookbaaz—almost immediately after his debut, but things didn’t quite pan out the way they were meant to. Tahir shot for the film over a fortnight or so with co-star Nawazuddin Siddiqui but not long after, production on the project stalled because the West Bengal locations selected for the movie became unavailable to the crew. In the months that it took the makers to lock new locations for the film, Nawazuddin reportedly became busy with other films, and could not commit fresh dates, thus more-or-less throwing the film into limbo.

That proved a crippling blow for Tahir, but the actor has joked that by then he’d become almost stoic about matters related to his career. No wonder he’s said he was “ecstatic” to have signed Force 2, in which he says he will play a character with “grey shades”.

Ranbir Kapoor took off to London last week, where he begins filming Karan Johar’s Ae Dil Hai Mushkil opposite Anushka Sharma. It’ll be the first new film he’s signed since the triple disaster of Besharam, Roy, and Bombay Velvet, and the actor is aware that all eyes are on him right now.

“Of course I was taken aback by the outright failure of Velvet, but it was something I had to take in my stride. What I wasn’t expecting were the dozens of messages I began receiving right after the film’s release,” Ranbir told me. “People from the industry kept messaging me to say that they were standing by me…and that ‘This too shall pass’… and that they still had faith in me. That’s when it hit me that perhaps I was in trouble, and perhaps I was taking failure too lightly. I remember telling this to Katrina too,” he added with a smile.

While admitting candidly that people had lost money on his films, and that he felt responsible for that, Ranbir explained that it was people like Imtiaz Ali who put things into perspective for him: “I had to not dwell in the past and wallow in self-pity. I just had to continue doing the work I believed in.”

He’s excited about the films he’s got lined up, starting with Ali’s Tamasha in November, and believes he can turn the tide because he’s still in it for the right reasons. “Frankly, the best scripts still come to me. I have to convince people that I deserve that.”

A Role Too Close to Home

A prominent, talented director who has never quite managed to recreate the success of his debut film— some of his subsequent projects were outright disasters, others promising experiments, but none the kind of blockbuster he delivered at the very start of his career—has multiple projects lined up for release right now, and is already neck deep in pre-production on his next.

He’s putting finishing touches on the new script, a two-hero drama that he has offered to a leading superstar who has committed “in spirit” but is still to officially sign on the dotted line. For the star in question—who’s made a career for himself playing squeaky- clean characters on screen—the film offers a chance to play an ambitious and cut-throat opportunist, and the star is reportedly excited about the part. But a trickier role to cast may be the female lead for the film. The director requires an actress to play the heavily Botoxed, cokehead wife of the protagonist, and the filmmaker has his heart set on an out-of-work former A-lister who he has directed earlier. Problem is, the part may be a little too close to home for her.