Mr Gadkari, it’s about time your party played the part the country needs it to 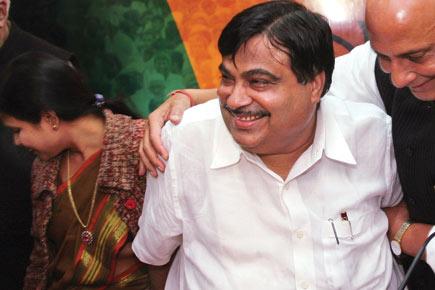 Mr Gadkari, it’s about time your party played the part the country needs it to


Mr Gadkari, it’s about time your party played the part the country needs it to

Bharatiya Janata Party President Nitin Gadkari has written to Prime Minister Manmohan Singh urging him to take Yoga guru Ramdev’s demands seriously. Ramdev, says Gadkari in his letter, is ‘the rockstar of Yoga’. Whatever Ramdev makes of his new status, is the BJP leader suggesting that the man deserves more importance on matters political than his own party does?  What role, we wonder, would Gadkari—the president of arguably the world’s largest opposition party—seek for himself now that he has ceded this space so generously to a man whose claim to fame is curing people of constipation and visceral fat through breathing exercises.

Perhaps Gadkari thinks his party is so down and out after its 2009 poll drubbing that it would be better off supporting Ramdev’s agitation for government action on black money. Before the last General Election, it was the BJP that led the effort. It was the BJP that had formed a special committee of experts to look into Indian money stashed abroad. The party’s 2009 PM in-waiting LK Advani was loud and reproachful, every syllable emphasised for maximum impact, that it was high time this money was brought back. It was an electoral issue. Yet, two years on, Gadkari is willing to play second fiddle to a yoga instructor. Maybe Gadkari thinks he is the master strategist of Indian politics, because if his party gets the baba’s blessings, it will also win over his fabled 100 million followers (the number Gadkari expects fasting unto death from 4 June in solidarity with Ramdev to rid India of tax evasion, a yogic feat that may stay unmatched for decades).

Judge from Gadkari’s words. ‘The Government should give a categorical assurance to Baba Ram Dev that those arrested recently for corruption in CWG, 2G scam etc [sic], would be punished and the Government would start the process to recover the money…,’ he writes, ‘The Government should invite Baba Ramdev for a meaningful dialogue before it is too late and assure him that an effective foolproof mechanism on the lines suggested by him will be put in place immediately.’
Next, he might support MS Dhoni’s candidature for prime ministership because he led the Indian cricket team to its World Cup victory, not to mention the Chennai Super Kings’ IPL win. That’s enough rockstardom for at least a couple of decades, going by Kapil Dev’s experience. Facebook already has groups who think Dhoni should be PM, and Twitterspace has more than  enough endorsements of this idea by people famous for their 140-character attention spans. But then, leaders of national political parties are expected to base their judgment on opinions that are slightly more representative of reality.
The United Progressive Alliance Government led by the Congress has just completed its seventh year in power. It was also arguably its worst year, with former Telecom Minister A Raja and two of the alliance’s MPs—Suresh Kalmadi of the Congress and Rajya Sabha MP Kanimozhi of the DMK—being sent to jail on graft charges. But the opposition seems content to let the Anna Hazares and Ramdevs of the world do the job of demanding political accountability of this government.

Things during the UPA’s first term were no better. The Left, playing the strange games it does, spent four-and-a-half years backing the UPA externally while staying vocally critical of the Government. It took to the streets when prices soared. Led by CPM General Secretary Prakash Karat, senior leaders of the Left even courted arrest outside Parliament on the issue of inflation, wresting the opposition space from the BJP. The Left did eventually pull the plug, though not on the issue of rising prices but on Karat’s pet peeve: the Indo-US Nuclear Deal. Electoral reverses since then have made it clear what voters thought of the Left’s political choices. It’s no coincidence that neither Karat nor Gadkari is an elected legislator. Perhaps that is why they are all so willing to harp on non-issues that people don’t relate to, or worse, cede the opposition space to others at the drop of a lota. They may not contest elections. Nor take any blame for electoral defeats. But they are important opposition leaders. To take their roles seriously, and have a different story to tell in 2014, they may want to consider this figure: in the 2009 Lok Sabha election, the winners got only 44 per cent of the total votes polled. The ‘losers’ got the rest.