On Censorship and Submission 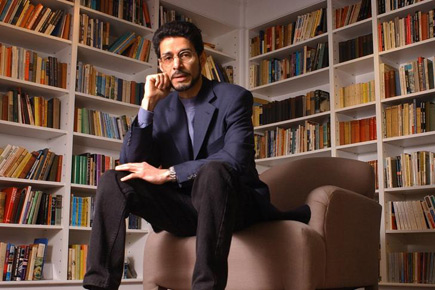 Through most of history, man never really had a choice about what he could read. He was largely illiterate. For the few who weren’t, the church and king decided the appropriateness of his knowledge. Even recent dictators like Mao and Stalin were voracious readers but completely clear on what their subjects deserved to read. In independent India, we are fortunate to have almost unhindered freedom. But we do get stray reminders of how easy it is to be censored, policed and subjugated. Precisely for that reason, it is important to take the issue seriously.

Last Sunday, the front page of Mumbai Mirror ran the headline: ‘The cub’s poll purr: Rohinton Mistry free to come to Mumbai’. The story described Aditya Thackeray, son of Shiv Sena chief Uddhav Thackeray, having an interaction with Parsis as part of his election campaign, during which the first question to him was about his opposition to Mistry’s book Such a Long Journey. In 2010, following a demand by him, the book was removed from the syllabus of Mumbai University. He had not even read the book, which was published two decades earlier. As per the newspaper report, the question put to Thackeray at the meeting was, “Do you have a rethink, would the book be reinstated on the syllabus, and could the Ontario-based Mistry revisit the city of his birth without fear of being attacked by zealous Sainiks?” Another question was whether Mistry would be ‘targeted’ if he came to Mumbai for a literary festival, to which Thackeray replied, “He is free to come.”

The submission that permeates this exchange is striking. That such a question should be asked indicates how easy it is to succumb to cultural policing, to feel that freedoms we take for granted are dependent on a switch held by a 23-year-old, and all that needs to be done is appeal to his better side. And it is puzzling because he really does not have any such switch.

Two decades ago, you could understand the fear because the Shiv Sena had successfully used violence as a deliberate strategy. But this is not that age. The Sena now has neither the muscle to run sustained violent campaigns, nor would it be tolerated. The most seminal moment that showed how ineffective the party’s tactics had become was when its workers attacked the IBN Lokmat office in 2009 and got beaten up by its employees there. And there was no retaliation whatsoever. Or the time when the party demanded an apology from Shah Rukh Khan for saying Pakistani players should play in the IPL, threatening to stall his movie My Name is Khan. Shah Rukh didn’t apologise; the movie released and became a superhit.

The only way for someone like Aditya Thackeray to become a censor is if he is invited to be one. When institutions like Mumbai University bow to a non-existent threat, they are perpetuating submission purely on the basis of memory. Just minimum courage is required to be free of such coercion; in the absence of that, the absurdity of looking up to the mercy of the very men who are out to censor you will continue.

When someone asks Aditya Thackeray to let Rohinton Mistry visit Mumbai, it gives him further power over a man whom he has already wronged. The question a gathering of Parsis should have asked on behalf of Mistry, a Parsi himself, is: Do you now apologise to Mistry?