Olga Gray, Indian Comrades and Other Such Thrills

Why didn’t they fire poison darts at Nasser? The first book based on declassified British Intelligence is a romp through the secret chambers of the Cold War 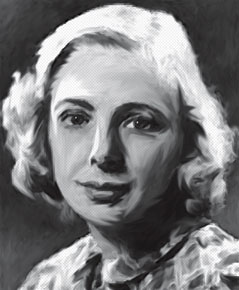 So James Bond’s adventures were more documentary than fantasy. British secret agents did indeed get a licence to kill. One such licence was awarded to eliminate a charismatic foreign leader who had dared to place his own national interest above the neocolonial demands of London.

When Gamal Abdel Nasser, the first Egyptian to rule Egypt in 2,000 years, nationalised the Suez Canal in 1956, Britain’s Prime Minister Anthony Eden, ‘a weak, paranoid, sickly and vain figure who always wanted things his own way’, told his Minister of State for Foreign Affairs Sir Anthony Nutting that he wanted Nasser “destroyed” or “murdered”. There was nothing ambiguous about the order. Fleming was writing his Bond books in the mid-1950s, so he knew what he was talking about.

The back story of the factual narrative was not, by colonial standards, complicated. In 1882, Britain occupied Egypt, then part of the Ottoman Empire, to ensure its control over the Suez Canal, the travel-and-trade lifeline to its greatest imperial possession, India. In 1914, with the outbreak of hostilities against Turkey, Britain converted this into direct rule. In 1935, bowing before a nationalistic upsurge, Britain granted formal independence to Egypt, handing power to a monarchy, but held on to its jugular vein, Suez, through a 21-year treaty. In 1952, army officers toppled King Farouk in a coup. By 1954, Nasser, son of a former post office worker who was one of the officers, had become Prime Minister; by 1956, President.

The task of disposing Nasser was assigned to Sir Dick White, chief of the Secret Intelligence Service (SIS). Sir Dick told the head of Q-Ops, Major Francis Quinn, to get moving. Anyone who has read the Bond books will recall ‘Q’, who equipped field agents with increasingly exotic devices designed for murder. Our real-life Bonds, however, were not quite as infallible as our fictional hero. Quinn injected a box of Egyptian chocolates with poison meant for Nasser, but could not find anyone close enough to the Egyptian supremo to hand over the gift. A second plan was more elaborate. They wanted to put nerve gas into the ventilation system of Nasser’s headquarters, but lost their nerve. Undeterred, Quinn devised cigarettes which could fire poison darts. Nasser, possibly aware that smoking can be injurious to your health, stuck to his own stock.

The episode has a neat ending. Eden collapsed physically after his Suez invasion collapsed militarily and politically. In December 1956, he suddenly took off to Jamaica. Where did he stay for a month? In Ian Fleming’s Jamaican villa, called— what else?—Goldeneye.

What Eden and British intelligence did not know in 1956 was that Nasser and his fellow army officers had organised their coup with CIA help, and kept in regular touch with the CIA station chief posted in Cairo. No wonder American President Dwight Eisenhower was outraged when he learnt, along with the rest of the world, about the 1956 British-French- Israeli invasion. Eisenhower pulled the rug from under Eden. The British Empire, which had already lost its mojo in India, never recovered. Eden’s successor Harold Macmillan ordered a literal audit, and the consequent balance sheet indicated that British rule was no longer worth the trouble. Macmillan presided over the liquidation of history’s most extensive Empire.

Nasser had the last laugh in more ways than one. The CIA officer who gave him $3 million for the 1952 coup was named Kermit Roosevelt. (Roosevelt would go on to become a minor celebrity after his role in Iran, where he organised the overthrow of Mossadeq and transferred total power to Shah Reza Pahlavi.) Nasser used some of that $3 million to build a granite Cairo Tower, which he nicknamed ‘Roosevelt’s Erection’.

Everyone had a jolly good laugh, except I presume the British.

I owe these, and a thousand other marvellous stories, to a gripping book Empire of Secrets: British Intelligence, the Cold War and the Twilight of Empire, (William Collins, £9.99, 448 pages). Calder Walton, the author, writes that this ‘is the first book’ on this subject ‘based on declassified intelligence records’. He adds that the bulk of records remains classified. But if this is what British authorities consider safe for public consumption, then what remains in the archives must be explosive on an atomic scale. There are many histories waiting to be written, and much conventional wisdom waiting to be rewritten.

Here is something which should set off a few crackers in Delhi. It is not news that British intelligence kept close watch on Jawaharlal Nehru. But ‘…IPI [Indian Political Intelligence] acquired a source close to Nehru himself’. Who could this be? Of course Nehru knew that every phone call he made and letter he wrote was intercepted, and wrote as much. But he was unaware that he was being betrayed by ‘an informant within Nehru’s close entourage’. While the book does not reveal this Judas’ name, we can be certain that such dynamite remains hidden in the still-classified records. British authorities know that disclosure would set off a storm on two continents. This source, for example, provided details of Kamala Nehru’s tuberculosis and impending death while in a sanatorium in Switzerland. But this is surely an innocuous bit. There must be a stream of files on political decisions being considered or made at the highest echelons of the freedom movement.

Similarly, the small scatter of nibbles about Subhas Chandra Bose leaves one hungry for much more. But of course the Bose story has been kept a mystery of many dimensions. We shall begin to learn something more when our own documents are declassified, but the real treasure trove must be in Britain.

Remarkably, the British felt so confident–maybe smug is the more accurate word–after their victory in World War I and the consequent expansion of empire, that they actually wound down their intelligence operations. The Germans seemed finished in Europe, the Ottomans had disintegrated in the Middle East, the French were partners worldwide, and, most notably, India was no longer under threat from the Tsarist bear that had clawed its way to the borders of south Asia during an impressive long march through the 19th century. The British were inimical to Russia’s Bolsheviks, but did not fully gauge the extent of Communist ambitions despite the fact that Lenin made no secret of his intentions.

Lenin described imperialism as the “highest form of capitalism” and quickly recast the Tsarist empire under the thin fiction of a Union of Soviet Socialist Republics. The whole of central Asia was back under Moscow’s command, the buffer state of Afghanistan was once again in play and India was the big prize of Asia. If Gandhi had not intervened at that crossroads of history, Indian Communists, with their commitment to mass struggle, could have easily outwitted the Indian National Congress.

It was the head of the Intelligence Bureau (IB) in Delhi, Sir David Petrie, who gave the first substantive warning in a classified monograph, ‘Communism in India: 1924-27’. This was circulated among a small group and began to open eyes. Sir David warned that the Soviet Union was determined to undermine the British and other European empires. Indian Communists were getting sustenance, including financial assistance, from Moscow via the British Communist Party.

The Delhi Intelligence Bureau maintained contact with MI5 in London through a small office within the premises of MI5’s headquarters at 25 Cromwell Road. (A small hotel outside the nearby Gloucester Underground station became the preferred gin-stop of spies and their contacts living on a parsimonious budget.) This unit, IPI, was dimly lit and poorly funded, but pulled off an impressive operation against the Russia-British-Indian compact.

On its watch list by 1925 was a man called Percy Glading, purportedly a mid-level member in the hierarchy of the British Communist Party. He travelled to India under the alias of R Cochrane, serving as a courier between the Soviets and Indian comrades. In 1931 he hired a ‘pretty 25-year-old blonde’ secretary called Olga Gray, who helped deliver cash to Indian Communists. What Glading did not know was that Olga was an undercover agent of MI5, described in the files as Miss X.

In 1935, Olga was told to go to India. Typically perhaps, her British comrades bungled arrangements so badly that Olga might never have left her native shores but for some discreet help from MI5. Her eventual cover story was dramatic: in India she acted as a prostitute, which might throw an entirely new light on the predilections of her red targets. The information that she picked up, possibly from heavy pillow talk, ‘revealed to MI5 the existence of a substantial Soviet espionage network’ operating in Britain under Glading with India as a major objective. In addition, Olga revealed codes used by Comintern and exposed fund transfers.

The strain on Olga was severe. She had at least one nervous breakdown. In 1938, after she had given testimony from behind a screen in a British court, she was resettled in Canada. Seventy-seven years later, my question is simple: why has no one made a film on Olga Gray? Hollywood! History beckons you.