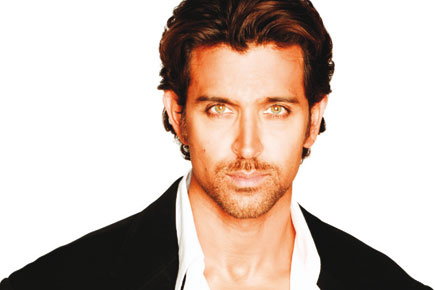 
Film director Imtiaz Ali has allegedly asked his Rockstar heroine Nargis Fakhri to desist from making any public appearances. The half Czech-half Pakistani model who stars opposite Ranbir Kapoor in Imtiaz’s new film, has been a regular on the party circuit lately, showing up on Page 3 as a consequence with alarming regularity. As an outcome of all this, apparently, the director has decided he doesn’t want her overexposed before the release of his film later this year.

Despite repeated reminders that she musn’t show up where the media is likely to shoot her, Nargis was spotted recently dining out with Ranbir Kapoor’s mother, Neetu Singh.

It’s no secret in Bollywood that Ranbir and Nargis are dating casually, and sources close to the actor reveal that even his mum has been spending time with her lately. The two ladies are said to have spent more than a few lazy afternoons shopping and visiting spas. Neetu Singh, who has mostly shared a warm relationship with her son’s girlfriends—until things have gotten too serious between the young ’uns—seems happy to show the New York-bred model around.

Ranbir’s father Rishi Kapoor, however, is of the opinion that it’s too early for the boy to date anyone exclusively. Kapoor senior has reportedly told his son he shouldn’t get too comfy too soon, and has advised him to “see the world” before settling on any one partner.

When a tabloid reporter recently ran a story on Neetu and Nargis’ bonding sessions, Rishi Kapoor allegedly dashed off a long letter blasting the journo for insinuating that their son was ‘seriously seeing’ his Rockstar leading lady. He reportedly asked for that journo in particular and the media in general to “leave Ranbir alone”.

Sanjay Leela Bhansali, who was gifted an expensive watch on his birthday recently by his Guzaarish star Hrithik Roshan, failed to show up at the opening of a furniture store owned by Hrithik’s wife Suzanne Roshan last week. It was a starry evening, with many top actors and filmmakers stopping by to wish Suzanne and to take a look at her wares. But Bhansali, who apparently shares a close friendship with both the actor and his wife separately, stayed away.

Rumour goes Hrithik was upset. And word got around to Bhansali almost immediately. Exactly two days later, the filmmaker landed up at Suzanne’s Andheri store and spent close to four hours checking out the furniture, alternating his time between the upper and lower level of the store to make sure nothing had escaped his eye. He’s believed to have splurged generously at the end of the afternoon, his bill running into a few lakhs when he was finally done.

The box-office failure of Guzaarish hasn’t deterred Hrithik from wanting to work with Bhansali again, sources reveal. But the filmmaker has reportedly decided he needs to deliver a hit for a change. That could be why he’s jointly producing a masala potboiler with designer Shabina Khan, which will be directed by Prabhu Deva and will star Akshay Kumar. Bhansali intends on returning to direction only later.

Earrings, a New Pad and a New Love

A prominent female actress, oft-criticised for her unusual accent, is believed to have sent the owners of a Bandra jewellery store on a mad goose chase recently. After asking a common filmi friend to introduce her to the jeweller, the star strolled into the store and selected an expensive pair of earrings, but said she’d pay for it the following day. After checking with the common friend who vouched for the actress, the jeweller let the star walk out with the jewellery, but didn’t hear from her the following day, or the day after.

Three days after she’d picked up the earrings from him, the jeweller reportedly called the actress and asked if he might send someone to collect the cash. The actress promised she’d send the money across the next day. True to her word, the cash did reach the jeweller the following day, but it was sent not by the actress, but by a prominent Mumbai builder who the actress is reportedly seeing.

According to the Bollywood grapevine, the actress, who has moved out of her rented Khar apartment to a sprawling 7,000 sq ft home in Juhu, used her married builder boyfriend’s connections to land a sweet deal for the new flat. She allegedly paid only Rs 12,000 per sq ft against the Rs 22,000 per sq ft going rate for the fancy new apartment.