Modi’s Teflon Is Wearing Off 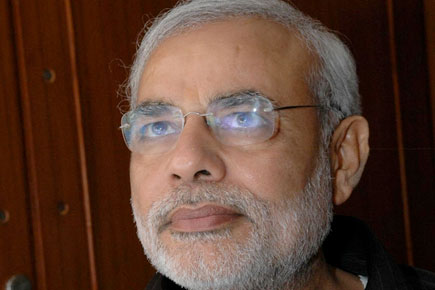 
In August 2004, I went with a colleague to the office of the Vishwa Hindu Parishad (VHP) in Ahmedabad to meet its general secretary Dilip Trivedi, who was also the Government Pleader of Mehsana district. We were asked to wait outside a room, where a meeting of senior VHP leaders was underway. The discussions could be heard clearly. My colleague who spoke Gujarati told me they were expressing a real fear that the Supreme Court could hand over investigation of riot cases to the CBI, and the VHP was working out a strategy to preempt this. As the meeting finished, we were surprised to see a correspondent for a leading national weekly troop out. My colleague, who knew him, said he was an active participant in the discussion. Eight years later, week after week, I still find him writing pieces praising the rapid pace of development of Gujarat under Narendra Modi.

It has left me with a deep suspicion of all those who attempt to separate Modi’s governance during the riots from his achievements as an administrator. Such disingenuous attempts always begin by a passing reference to the 2002 massacres and end by extolling him.

For one, they are wrong on facts. Modi’s Gujarat has done no better than many other large states, and in fact it has done better under earlier chief ministers. For another, Modi’s Gujarat has managed the unenviable feat of economic growth without alleviating the day-to-day living of its citizens. Its record on basic human development indicators places it among the worst states in the country.

But even if the commentators were granted their falsehoods, the case for separating communal violence from governance while including economic growth is so absurd that it can only be made with an intent to justify the events of 2002. It comes from an intellectual complicity in murder.

The verdict holding Mayaben Kodnani guilty of murder effectively takes away the last fig leaf that has often been cited by such commentators, that no evidence of his administration’s culpability has withstood judicial scrutiny. She was an MLA at the time and led a mob of over 10,000 people that killed 97 people. The facts in this case were never in dispute, the evidence far too strong to be denied, yet Modi made her a minister in 2007.

As an aside, but an important aside, let me note that her case parallels that of Kamal Nath, currently a minister in the Union government. He led a mob of several thousand that burnt Sikhs to death at Gurdwara Rakabganj, a short distance from Parliament. His Doon School friendship with Sanjay and then Rajiv Gandhi saw him being rewarded for murder by being made minister. But the lesson here is not that we are wrong to focus on Mayaben Kodnani and Modi, but that we should also continue to focus on Rajiv Gandhi and Kamal Nath till a similar verdict, guilty of murder, is pronounced.

To come back to Modi, he had recently argued in an interview given to Nai Duniya’s Shahid Siddiqui: “Agar meri sarkar ne yeh dange karvay toh usey beech chaurahe par phansi lagni chahiye. Jo log maaf karne ki baat kar rahe hain, woh paap ko badhava de rahe hain. Agar Modi ne gunaah kiya hai to usey phaansi par latka doh (If my government was responsible for these riots, then it should be hanged at a public square. Those who speak of forgiveness are only encouraging such foul deeds. If Modi has done this evil deed, then he should be hanged.)’’

The case for exemplary punishment in such cases is well spelt out by Modi. There is no sense in which the crimes that occurred in Gujarat in 2002 or in India in 1984 can ever be forgotten or forgiven. The conviction of Kodnani is a necessary step. That it should be announced on the same day as the confirmation of Ajmal Kasab’s hanging by the Supreme Court is appropriate. Irrespective of my personal views on the death penalty, the Supreme Court has reaffirmed that what Kasab did was the ‘rarest of the rare’. The attack that he carried out on innocents in Mumbai was born of a sense of acute hatred, was planned and carefully thought out.

In this light, consider what happened in Gujarat in 2002 and in Delhi and several other places in 1984. In neither case was the violence a spontaneous reaction. Mobs were organised and led by politicians, in one case largely owing affiliation to the Sangh, in another to the Congress. The attacks carried out on innocents were born of a sense of acute hatred, and were planned and carefully thought out. Modi is right, the crime that Mayaben Kodnani stands convicted of, and Kamal Nath accused of, is the rarest of the rare. And the responsibility goes all the way to the top. Or why are we asking for Kasab’s handlers?