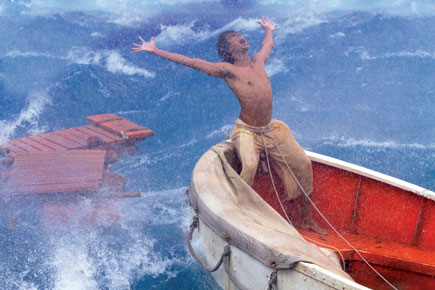 
Take any O’Henry short story and you will find a twist in the end, a literary jack-in-the-box. You have most definitely read him, at least in an abridged version in school. You will probably, on some prodding, remember The Gift of The Magi. This is the story in which newlyweds want to surprise each other with a Christmas gift but have no money. Girl sells her hair to get a chain for boy’s watch. Boy sells watch to buy combs for her hair. Consequently, both gifts turn out to be pointless, but the couple are nevertheless happier by the reaffirmation of their love.

O’Henry springs it using deft dialogue and imagery—‘White fingers and nimble tore at the string and paper. And then an ecstatic scream of joy; and then, alas! a quick feminine change to hysterical tears and wails, necessitating the immediate employment of all the comforting powers of the lord of the flat. For there lay The Combs—the set of combs, side and back, that Della had worshipped long in a Broadway window.’ Instead, imagine if there was a narrator in the background explaining the twist. Something like: ‘Because Jim could not have anticipated that Della would sell her hair and vice versa, both of them bought each other gifts which were of no utility any longer.’ It would not be a twist any more. It would be a Dummy’s Guide to a Twist. That is also the big flaw of Life of Pi, where in the end you are told in an impassive tone that the tiger, hyena, zebra and orangutan—the animals Pi is marooned with in the boat—are representations of human beings. If a writer has to explain his metaphor, then it is an admission that he has failed in that metaphor. That is why poems don’t have footnotes and are left to PhD students to derive interpretations.

As a novel, Life of Pi is average pseudo spiritual fare with one big idea of the allegory. Its movie adaptation has won the largest number of Oscar awards this year—for best direction, cinematography, visual effects and original score. The measure of a movie is whether you want it to end while watching it. You didn’t want Lincoln to end.

Another hour of slavery politics would still keep you riveted. In Zero Dark Thirty, another Oscar hopeful, you were yawning if you were not an American. With Life of Pi, you patiently waited for the last scene but without complaining. It is not a bad movie, but it is not an immortal classic either.

It is, in fact, easy to make a good movie of an ordinary or even bad novel. There are plenty who have done it, starting with Gone With the Wind, a rambling chicklittish account of the US Civil War, which when translated to screen became an immortal saga. Or Slumdog Millionaire, which was not exactly a literary sensation. But the movie found takers in the West because it was pure spectacle, an exoticised masala movie, something that is trite in India but new territory abroad.

A novel’s quality often does not matter to its movie adaptation because cinema works at the surface level—there is no sophisticated way to depict thought as thought. You can have a voiceover in the background or enactment of emotion or, like the Bollywood shortcut of the 60s and 70s, a reflection in the mirror telling the character what he is thinking. There is always another agency needed to show thought. And absence of thought makes characters shallow. Daniel Day-Lewis is one of the finest actors today and his portrayal of Lincoln is masterful, but it will always be incomplete because the viewer will never know what he is thinking.

A good movie can be made of an ordinary book as long as there are strong plot points or a grand theme or potential for spectacle. In Life of Pi, Ang Lee’s visual grandeur compensates for the book’s clumsiness. Ironically, the reverse is also true—great novels are often not fodder for great cinema. There have been many movie versions of Crime and Punishment, but who remembers any of them? It is a work that hinges on inner monologue, which cinema cannot depict. Remove that and you have just the skin without the soul.