A Portrait of Sanju Baba • How to Avert a Domestic Squabble 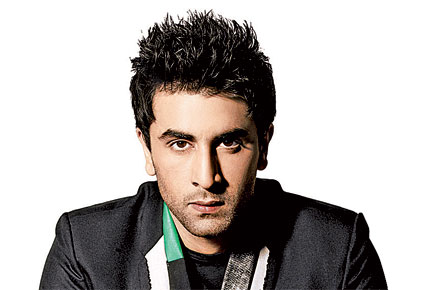 Anurag Kashyap has already finished shooting his next film. The Dev D director, who was in Goa earlier this week for the NFDC Film Bazaar, told me he’s wrapped principal photo- graphy on Raman Raghav 2.0, which stars Nawazuddin Siddiqui. He completed the shoot in a matter of weeks, but has precisely one day of pick-up shots that he needs to squeeze in with his Gangs of Wasseypur star, who, as it turns out, is currently busier than most superstars.

Nawaz is in Kolkata at the moment filming Teen with Amitabh Bachchan and Vidya Balan, after which he’ll complete Raees with Shah Rukh Khan. Kashyap jokes that he’s waiting for his leading man to find a day in between his hectic schedules to wrap their movie. Inspired by the life and crimes of the titular serial killer of the 1960s, Kashyap’s film is reportedly imagines Raman Raghav in contemporary Mumbai. Kashyap, evidently unwilling to let the failure of Bombay Velvet slow down his prolific filmmaking career, will shoot a horror film next. Meanwhile the status of AK vs SK— Vikramaditya Motwane’s film in which Anurag Kashyap (playing Anurag Kashyap) kidnaps Shahid Kapoor (played by Shahid Kapoor)—is still unknown, after rumours surfaced that the Haider star had walked out of the film after shooting two days for it. However, rumours that Shahid had fallen out with Phantom honchos Madhu Mantena, Vikas Bahl, Motwane and Kashyap after the recent failure of Shaandaar, appear to be untrue. The actor was seen celebrating with them at the recent sangeet ceremony and wedding reception of Mantena and designer Masaba Gupta.

A Portrait of Sanju Baba

All those who’d been looking forward to watching the life of Kishore Kumar recreated on screen, with Ranbir Kapoor playing the legendary actor- singer, will be disappointed to learn that the film has been shelved. Ranbir broke the news himself earlier this week, revealing that Kishore Kumar’s family was unhappy both with the proposed script and the casting. Director Anurag Basu is unlikely to proceed with the biopic without the blessing of his subject’s family. Insiders say the family’s reluctance to okay the project came as a blow to Basu, for whom this film has been a passion project. Ranbir has said over the years that he would seek professional singing lessons whenever he’s meant to begin preparing for the film “because I don’t have one musical bone in my body”. But those lessons can wait now. He will begin preparations to play another entertainer next year, after he’s wrapped both Karan Johar’s Ae Dil Hai Mushkil, and Basu’s seemingly never-ending Jagga Jasoos. That ‘entertainer’ is Sanjay Dutt, whom Ranbir will play in Rajkumar Hirani’s biopic of the Munna Bhai MBBS star.

At the MAMI Movie Mela last month, Hirani revealed that he wasn’t immediately taken in by the idea of a Dutt biopic when the star and his wife proposed the project. “I really didn’t want to get into the whole ‘underworld’ part of his case,” he said. It was only after he and his writing partner Abhijat Joshi spent long evenings with Dutt (during the months they were editing PK), just listening to him talk about his life, that they discovered there was more humour there than most people had noticed. “It’ll be an honest film, but we can’t naturally encapsulate his entire life in a movie, so we’re picking the bits that we think people would be interested in,” he explained. For Ranbir, whose family shares close ties with the Dutts, the idea of playing Sanju Baba is one that “both excites me and makes me nervous” he has said. The film is likely to go into production later next year. Hirani and Joshi are busy hammering away at the script.

How to Avert a Domestic Squabble

A prominent male star, successful both at action and comedy, didn’t want any domestic distress after a tabloid recently insinuated—in a blind item, not unlike this one—that he’d gotten a little too friendly with the 20-something leading lady of his last film. Not the sort of star who throws temper tantrums or threatens journalists like some of his peers, the actor calmly called up the top scribe at the paper and only requested that the journo send him an email clarifying that the said piece of unnamed gossip was not about him. He neither confirmed nor denied the rumour; he didn’t throw a hissy fit that he’d been outed; he just politely asked for that email so he could quell his wife’s anger in case she’d read it.

The editor couldn’t turn the actor down, not after the good manners he’d displayed. The email was sent and a squabble at home likely averted.