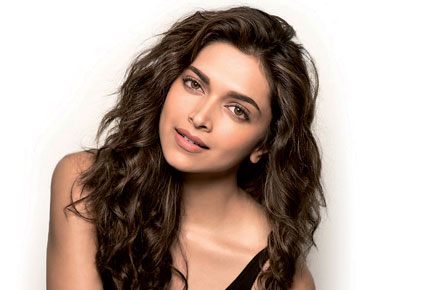 After completing his first schedule in London, Karan Johar has shifted to Vienna for another long lap of filming his latest, Ae Dil Hai Mushkil. Ranbir Kapoor and Anushka Sharma were joined by Aishwarya Rai Bachchan earlier this week, who flew in literally days after the release of Jazbaa.

The film, reportedly a sweeping love story between Ranbir and Anushka’s characters—with a pivotal part for Aishwarya—will also feature Khoobsurat heartthrob Fawad Khan in a key supporting role. Apparently Karan has also succeeded in roping in good friend Saif Ali Khan to make an important cameo. Lisa Haydon and Pakistani actor Imran Abbas (from Creature and Jaanisaar) are also expected to have small roles. Originally intended to be shot in New York, Paris and London, with parts of Mumbai standing in for Pakistani locations, Karan and his producers apparently decided to film in London and Vienna since NYC tax breaks were hard to come by.

Aside from the presence of his own massive cast, Karan’s shoot is also fast becoming the most frequently visited set by other stars who don’t feature in the film. Abhishek Bachchan and Riteish Deshmukh who’re still filming Housefull 3 in London dropped in on Karan and his team when they were canning scenes in the city. Shah Rukh Khan stopped by, also in London, to wish Karan and Ranbir a good shoot. Katrina Kaif has been a regular visitor, both in London and Vienna.

Deepika Padukone will not respond to Kangana Ranaut’s recent digs at her expense. While promoting Tamasha, DP has been repeatedly asked to comment on the fiery barbs that Kangana has been directing at her recently, but the actress continues to maintain an amused silence.

I reminded her that Kangana went on record to say while promoting Katti Batti recently that she was “katti” with Deepika, while adding that she shared a perfectly warm relationship with all other actresses, but DP wouldn’t take the bait. She smiled, looked amused and shrugged her shoulders. But not a word.

Evidently smarter about the ways of the industry, and particularly the media, Deepika appears to have decided that staying mum has its own benefits. The actress clearly doesn’t want to set off a slanging match with the notoriously mooh-phat Kangana, and hence won’t give her any ammunition to work with.

Things were looking up for this director. He had two finished films lined up for release, his next ambitious drama was all set to roll, and a major A-list star had been circling the project for months. But it’s only in Bollywood that one’s fate can turn a full 360 degrees within a matter of days. Not one, but both of the director’s films tanked at the box-office, leaving him vulnerable and the state of his next project extremely fragile.

One hears now that the A-lister’s interest in the film quickly vanished. So typical of this business! Calls were not returned, and the dotted line was never signed on in the end. Industry insiders say the star can hardly be blamed for getting cold feet. But with the A-lister no longer on board, the producer bankrolling the director’s project is believed to have slashed his budget down to half, leaving the filmmaker with no option but to go ‘indie’ in his approach.

Now one hears that the director is looking to cast credible ‘actors’ over big marquee names, and will make the same film but in a grittier, more realistic space—much like the hit thriller he directed a few years ago that earned him rave reviews and respectable box-office figures.

Meanwhile, it appears that the star has turned his gaze onto a project that another director is developing right now. This director had a recent film release that appears to have polarised audiences. Critics wrote mostly middling reviews but fans of the leading lady who made her comeback in the project haven’t stopped gushing. According to the industry grapevine, the actor is mulling over a script offered to him by the director but appears to be taking his own sweet time before making a firm commitment either way.