It pays to know your limits

For Salman, getting into character for a movie is to discard some part of him, and that won’t sell. His fans love him only when he does not experiment too much. And he gives only that much to them 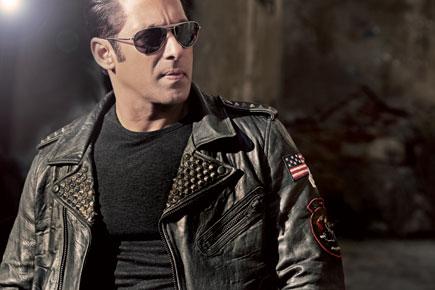 For Salman, getting into character for a movie is to discard some part of him, and that won’t sell. His fans love him only when he does not experiment too much. And he gives only that much to them

In 2009 and 2010, three back to back Salman Khan movies— Main Aur Mrs Khanna, London Dreams and Veer— flopped and in the life of an actor, that is enough for people to begin writing off his career. In fact, in most of the second half of that decade, Khan’s movies had been hit-and-miss affairs. But just when Bollywood’s three ruling Khans were going to be two, he went on to have the best run of his life. Barring Jai Ho, everything he has touched has turned into gold at the box office, and even that movie would have been a hit by the yardstick of most actors. Kick, which released last week, is becoming Salman Khan’s biggest blockbuster.

But there is also the fact that while his movies become superhits, in critical acclaim they usually rate from ‘bad’ to ‘average’. Most critics also reckon him to be a mediocre actor. How is it then that despite terrible movies and minimum talent, the audience seems not to tire? You can see the manic obsession that Aamir Khan brings to his movies and understand why he is a superstar. You can see the energy and drive of Shah Rukh Khan and understand how he became a superstar. But in Salman Khan’s case, it is not so clear—he seems to be a superstar by virtue of being average and not clinically ambitious.

But this is the thing about superstars; acting ability doesn’t have too much to do with a person becoming one. If it exists, then it is an add-on, but it is neither a necessary nor sufficient condition. Cinema history is full of examples of superstars who were average or even non-actors. Dev Anand, for example, had the exact same mannerisms all through his life but it was only when he became a senior citizen that people noticed how hackneyed and silly they were. Or, in Hollywood, take Arnold Schwarznegger who made a fantastic career without a single emotion on his face. Even great directors like James Cameron couldn’t get that out of him, but his movies minted. And, while on Schwarznegger, it is also interesting to note that he did try to break out of the mould by playing roles such as a pregnant man, but no one wanted him in such movies.

Similarly, Salman Khan, whenever he has strayed from his mean, got punished almost at once. His fans love him only when he does not experiment too much. And he gives only that much to them. Salman Khan might make shifts in genre, from romantic to action to comedy, but most of the movie will be superficial because testing a creative limit is always risky. One of the rare movies in which he did such a role was Phir Milenge, where Khan played an HIV afflicted patient. And then went on to quote its failure as an example of why he would never do such a character again.

That is probably why Khan has been so successful. To get into character for a movie is to discard some part of him, and that won’t sell. His fans want him for his innate self, the attitude that is so self-evident in real life. They don’t want him to step into character in a movie, they want the character to become him. If he is to remain a superstar, then he must not be a really good actor.