It All Depends on Katrina’s Bikini 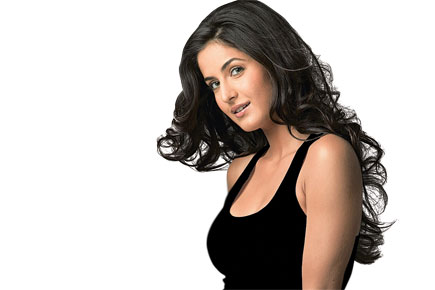 
Katrina Kaif has a big smile on her face right about now. Her relationship with Salman Khan may be over and the romance with Ranbir Kapoor may have fizzed out sooner than she’d imagined, but professionally things are looking good for the actress. Next week, she stars opposite Hrithik Roshan in Zindagi Na Milegi Dobara, and in September, she’ll be seen with Imran Khan in Yash Raj Films’ new rom-com Mere Brother Ki Dulhan. No matter how these films fare at the box-office, 2012 is likely to be a big year for her.

She’s signed Kabir Khan’s romantic thriller Ek Tha Tiger opposite Salman Khan for Yash Raj Films, and she’s also been confirmed as one of two leading ladies opposite Shah Rukh Khan in Yash Chopra’s own directorial venture. Both films are A-grade projects, and it appears Katrina was the first choice of both directors. Having worked with her in New York and impressed with the “single-minded dedication she brings to her work”, Kabir Khan was clear his leading lady had to be Katrina. Chopra Sr, too, was keen to cast SRK opposite a heroine he hadn’t worked with before, and Katrina was reportedly his first option. (Anushka Sharma is the second heroine in the Shah Rukh-starrer).

The big question now is whether Katrina can pull off a hat-trick and land the female lead opposite the third major Khan, Aamir, in Dhoom 3. Also being produced by Yash Raj Films, the movie allegedly requires an actress who isn’t inhibited about her body and isn’t shy about sporting a bikini. Esha Deol slipped into a swimsuit for the first Dhoom, and Aishwarya Rai shared a steamy kiss with Hrithik Roshan in Dhoom:2. Producer Aditya Chopra reportedly wants to raise the ante for Dhoom 3. But insiders say Katrina has begged off the bikini, forcing the producer to widen his search for the perfect heroine.

If she does land the part somehow—and it would be terrific casting, given that Aamir and Katrina have never done a film together—2012 could be her biggest year yet. Can you believe it all hinges on one bikini?

Shahid Kapoor has been looking tense lately, and word on the street is that it’s his father’s film Mausam that is giving him sleepless nights. This sweeping love story that reportedly spans 40 years marks the directorial debut of respected actor Pankaj Kapoor and stars his son Shahid opposite Sonam Kapoor.

The film was beset with problems soon after it went into production, with key members of the unit—including the executive producer, costume designer, chief assistant director and others—allegedly walking out of the project barely weeks into the shoot. Turns out they had great respect for Pankaj Kapoor as an actor, but simply couldn’t align themselves with his directorial vision. Early into production, rumours began doing the rounds that the film’s lead pair weren’t getting along either…and that’s never good news, especially for a romantic film.

Now it appears veteran editor Sreekar Prasad has been brought in to assemble a coherent film from the scattered material the director has shot. Shahid, when he isn’t busy shooting for Kunal Kohli’s forthcoming film opposite Priyanka Chopra, is believed to have holed himself up in the edit suite supervising the first cut. A source who claims to have seen rushes of the film insists the photography is breathtaking, but confesses he couldn’t understand much of the plot from watching over 40 minutes of footage.

The Young Star and the Socialite

It’s been a quiet few weeks for this Casanova star who’s been linked to a new lady every weekend for the past couple of months. But now the grapevine’s buzzing again. It appears that the actor, while shooting in London recently for a new film, hooked up with a prominent Mumbai socialite who is separated from her husband. Mother of a teenage girl, the la-di-dah lady is believed to have set her eyes on the handsome actor months ago. She happens to move in the same circles as his aunt, and is connected to the film industry through her sister-in-law, a popular Bollywood fashion designer.

The actor is also believed to have reignited the flame with a silver screen siren who he had starred with in a movie some years ago and is rumoured to have fooled around with on the sly at the time. The recently-single heroine has never hidden her fondness for the young star, and insiders say she’s not shying away from throwing herself at him now that she doesn’t have a boyfriend she must worry about upsetting.