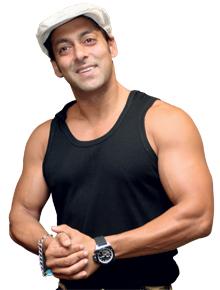 A Sure-fire way for society to signal that you’re old is if the music that was hot off the shelf when you bought it, and movies that opened at a theatre near you, are considered ‘retro’ and ‘classics’ already.

This bumping up of a movie into a classic ensures nobody has to critically evaluate it anymore. Nostalgia explains its existence. Spoofs sustain it. Rajshri heir Sooraj Barjatya’s Hum Aapke Hain Kaun (HAHK), the biggest hit of 1994, is now a classic, celebrating 20 years of its release as I write this piece. I tried to sit through the film right now and gave up on the 57th minute—the performances are dated, the interiors are garish, there are 14 songs, everybody looks like their ‘Happydent’ Facebook profile pics for the most part, while nothing really happens. I mean, who are these people? How many bathrooms are there in their house? It’s certainly not the same film I saw twice when it had opened at Chanakya in Delhi. Yeah, I know, I am old.

What was so special about HAHK? It redefined films in many ways. When the movie’s hero Salman Khan first heard its script, I’m told, he was in splits. Here’s a three-hour-plus movie that has no conflict, and by extension, no plot, up until almost the last half hour. People probably went in several times over to catch the antakshari, songs, wedding rituals, family cricket matches and furtive glances between Prem (Salman) and Nisha (Madhuri Dixit), or unmarried chachaji (Alok Nath) and his samdhin (Reema Lagoo)—who he apparently had the hots for in college—while the husband (Anupam Kher) monkeys around by her side.

HAHK was a remake of the Rajshri production Nadiya Ke Paar (1982), which was based on Keshav Prasad Mishra’s novel Kohbar Ki Shart. It was nothing like either though. Young Barjatya’s biggest challenge, according to him, was to pull off a script without a tight three-act structure (of a beginning, middle and an end). He hit jackpot, and how! HAHK, coming after Maine Pyar Kiya (rich boy, poor girl romance), had turned Barjatya, 29, into a god of some other kind of filmmaking. There was apparently a Rajshri rulebook. One of the many commandments was that films should have no anti- hero—‘circumstance is the villain’. Violence, if necessary, must not exceed, ‘14 punches’. I asked Barjatya if this was true. He didn’t deny it. I asked him why all his movies—Hum Saath Saath Hain, Mein Prem Ki Deewani Hoon, Vivaah included— had the lead character called ‘Prem’. He said the character is the same, why change his name? Prem, self-admittedly, was supposed to be Sooraj Barjatya himself.

Nonetheless, HAHK had managed to draw in middle class families that had abandoned seedy theatres altogether in the ‘80s. Exhibitors were asked to spruce up their cinemas before they could release Barjatya’s film. Audiences may have enjoyed Prem’s antics. But they noticed the purple ghagra on Nisha. HAHK was Madhuri’s film, although one could see far more Pomeranians like Tuffy in the neighbourhoods in the ‘90s than we do now.

Women embraced HAHK. Satellite television thereafter brought home kitchen politics through daily soaps pioneered by producer Ekta Kapoor. Barjatya’s Hum Saath Saath Hain (1999; a remake of Ramayan) hardly did as well as HAHK, although screenwriter Salim Khan feels it’s his son Salman’s finest performance yet. Mein Prem Ki Deewani Hoon (2003) with Hrithik as Prem bombed. Rajshri Productions struggled with which stories to reproduce. Their last landmark picture was Jaana Pehchana (2011), where their 1978 film Aankhiyon Ke Jharokhon Se plays in flash- black with 20-year-olds Sachin Pilgaonkar and Ranjeeta in the lead, alongside Sachin and Ranjeeta in their 50s now. It’s classic mild. You have to smoke it to know it.

By the early 2000s, materialism and exposure, mainly inspired by malls, multiplexes, jobs in ‘MNCs’, cable TV, condos, and the internet had made metropolitan audiences far more questioning of joint family values and the traditional ‘formula’ in their films. The mid 90s, that way, was an inflection point. It’s the only time one could shell out a hardcore Salman and Shah Rukh reincarnation drama, Karan Arjun (1995), with a straight face and get away with it (Om Shanti Om in 2007 was a spoof).

By 2014, Barjatya, 49, would have rethought the commandments in his rulebook. He went to Salman with an updated version of his successful ‘Prem’ pictures. Salman sent him back, asking him to do what he knows best. He said, “Chalo, sharmate hain, payr padte hain (Let’s become shy, let us fall at our elders’ feet).” That film, Prem Ratan Dhan Payo, is currently being made. Oh, I am so looking forward.