How to Keep It Cordial

First and Last Choice • The Story Behind the Smokescreen 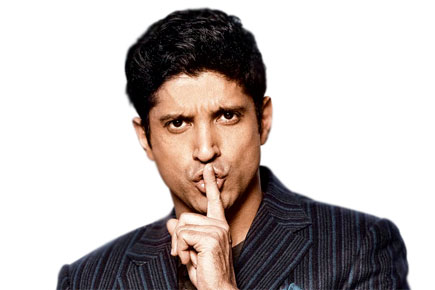 The folks at Phantom won’t confirm or deny that Shahid Kapoor has walked out of Lootera director Vikramaditya Motwane’s experimental film AK vs SK, but that’s the buzz doing industry rounds anyway. Vikas Bahl, one of the film’s producers, told me that production was on a break currently as Shahid had changed his look for Vishal Bhardwaj’s Rangoon.

However, story goes that Shahid overcompensated for leaving the film by performing at Phantom partner Madhu Mantena’s recent wedding celebrations, and by giving the impression that all was well between him and the studio.

It’s evident Shahid doesn’t want to sever ties with Phantom since they’re sitting on his next film, Udta Punjab, which will release early next year. That Traffic-style multi-character, multi- narrative drugs saga has been directed by Ishqiya helmer Abhishek Chaubey, and early reports on the film are strong.

Vikramaditya Motwane, meanwhile, who is no stranger to last minute upheavals (his Bhavesh Joshi went from starring Imran Khan to Sidharth Malhotra to being shelved) has completed another micro-budget experimental feature starring Rajkummar Rao. This film was reportedly shot guerilla-style on the fly in real locations across Mumbai. According to those who know him, the director is in Zen mode as far as the situation with Shahid is concerned, focusing firmly on this other film that’s now in its editing stage.

You’ll never believe who was most surprised when Farhan Akhtar told Wazir director Bijoy Nambiar that he was ‘on’ to do the film after reading the script. Turns out it was co-writer and producer Vidhu Vinod Chopra, who even asked Farhan why he wanted to do the film. Chopra says Farhan responded cheekily: “Have you read the script?”

Originally titled The Fifth Move, and intended as an English- language film that Vinod planned to make in Hollywood (there was some interest from Dustin Hoffman reportedly to play the role that Amitabh Bachchan now plays in Wazir), the script was subsequently adapted for an Indian sensibility. Vinod reveals he was planning to approach Tamil superstar Surya to star in it, but Bijoy says Farhan was always at the top of his wishlist.

Vinod tells me he’s had a tumultuous relationship with Farhan’s father, Javed Akhtar, and hence didn’t expect Farhan to respond positively to their offer to star in the film. “But he loved the script, and agreed immediately.” Over the course of making Wazir, Vinod says he found Farhan to be nothing but “an incredibly collaborative partner” and insists he’s keen on directing him now when he finds his next movie.

The Story Behind the Smokescreen

The studio and the producers may be putting out self-praising adverts in the papers and throwing success party celebrations, but the leading man of a recent film isn’t particularly pleased by the elaborate smokescreen that has been constructed to give the media and audiences the impression that their film is a hit. Industry insiders are laughing at the extent the studio has gone to in order to pretend like the film is making money, whereas the truth is anything but. Everyone is fully aware of the film’s exorbitant landing cost, and the fact that it simply cannot recover those numbers after its patently underwhelming collections.

The film’s male lead, a bona fide star currently going through a trying patch, met another young up-and-comer in transit at an airport lounge recently and is believed to have confessed his displeasure over the ongoing pretense. The actor is believed to have told his friend that it was clear the film would likely not make as much as they spent making it, and that he was embarrassed about the efforts that were being made to suggest otherwise.

The star, currently filming a sweeping love story with an A-list commercial filmmaker, is said to be utterly confused about what choices to make hereon. His passion projects and brave risks have backfired, leaving him to wonder whether he too will have to take the beaten track.