On the unsolicited dispensation of opinion by Godmen 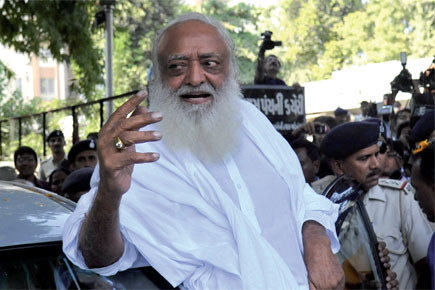 On the unsolicited dispensation of opinion by Godmen


This is a statement by Sri Sri Ravishankar after the Delhi rape when his organisation, Art of Living, decided to open a helpline: “Inside every culprit there is a victim crying for help. If you heal the victim, you will eliminate crime. For crimes not to arise at all, you need to check mental and emotional health. Let us sanitise and sensitise the minds of people.”

A couple of weeks before that, following the school shooting in Connecticut, US, Ravishankar said this: “While the cause of aggression in young minds could be broken families, a hostile environment or the lack of much needed emotional support, an education in non-violence is a necessity today. We need to teach our kids how to handle their own negative emotions.”

A couple of things become obvious if you take both these statements together. Ravishankar does not discriminate on nationality before throwing his hat into the ring. All tragedies anywhere are grist to the mill. Secondly, his analysis of the problem and the solution are the same no matter what happens. For school shootings, it is emotional education of children so that they don’t grow up to go on random killing sprees. For rapes, it is to sanitise minds, which is probably the same thing as emotional education. Thirdly, since no one really has a clue what sanitising minds or emotional education means, you can infer that to do both, at the end of this dark tunnel of psychopaths, there is the light of Sri Sri Ravishankar himself with a set of breathing exercises.

His craving of publicity notwithstanding, it would still be a disservice to club Ravishankar with Asaram Bapu. Because the latter is a man from whose ashrams children go missing and die. And in whose wake, like in the case of Sathya Sai Baba, there follows a dark cloud of hushed whispers of child abuse. But Bapu’s solution that the rape victim should have appealed to the brotherly nature of the rapists is not very different from Sri Sri’s. While Ravishankar advocates a long-term bit-by-bit evoking of compassion in the rapist, Asaram is saying you don’t need to waste so much time. The name of god is enough for immediate sanitising. Both are making a case to redeem the spirit of human nature. Ravishankar’s lifeline is the literate upper-class and he talks their sophisticated tongue. Asaram’s is the vernacular middle-class and he speaks what he thinks will lead to the shedding of a solitary teardrop from the left eye of the mother-in-law of such a household.

What is more interesting is not what Asaram or Ravishankar said but why they choose to say anything at all. If you are unlucky enough to see Asaram on television, the only time it gets interesting is when he jumps up and starts whirling like a dervish who didn’t take enough classes. The rest of the time he is mumbling inanities about faith. The rape was hardly his business. Just as the school shooting has nothing to do with Ravishankar. But they are both victims of the godman’s dilemma of maintaining growth. It doesn’t take a lot for a Ravishankar follower to become an Asaram follower after a few months. The reason people crave godmen is entirely selfish. They can’t handle what life throws at them. And since life keeps throwing stuff no godman can contain, people continue to explore. Like you change doctors when an ailment refuses to go away. The godman has to work hard to get new members and to retain old ones. That is why Sathya Sai Baba was always conjuring up ash. And why Ravishankar pokes his nose into everything without invitation.

It is pointless to be outraged by the antics or words of godmen (barring, of course, outright crime). Their followers deserve them because they eventually end up being more extreme versions of their guru. If your faith was not tested even after seeing Baba Ramdev in a salwar-kameez, then it will take more than God to save you. Ramdev, incidentally, is also an honorary member of the anti-rape movement. His suggestion is to change chemicals in the brain through yoga so that men don’t rape. In the greater interest of humanity, he will also accept a small donation to teach you that yoga.