Headmaster Bhansali • Ranveer on a Leash • The Older, the Better 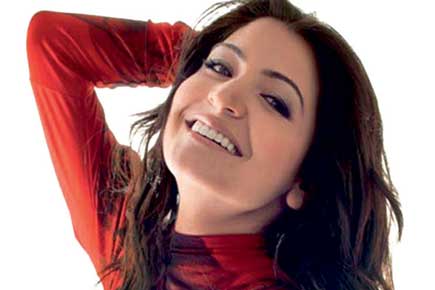 Headmaster Bhansali • Ranveer on a Leash • The Older, the Better


Deep in pre-production for his next film, a Romeo and Juliet adaptation tentatively titled Ram Leela, Sanjay Leela Bhansali has been meeting prospective assistant directors lately. One such young fellow who claims he went to see the filmmaker at his office recently came away horrified with what he witnessed. The Guzaarish director was loudly reprimanding another assistant when this kid walked in, and didn’t stop bellowing at him for the next ten minutes, undeterred by the fact that he had an audience. To the opposite corner of the room Bhansali had banished another assistant, who stood sullenly facing the wall, holding his index finger to his lips—a sight most of us last saw in kindergarten.

Notorious for treating his assistants badly, Bhansali is known to smash their mobile phones into the wall, and rap them on their knuckles with a ruler when they speak out of turn. Sonam Kapoor and Ranbir Kapoor, who assisted him on Black, are full of stories of how they were humiliated by Bhansali repeatedly. And Kush Sinha (son of Shatrughan Sinha), who assisted the director on Saawariya, was famously made to stand outside the studio floor in the sweltering heat for an entire shift because he forgot to switch his cellphone off on the set.

The famous joke in Bollywood is that anyone who hasn’t worked with Bhansali desperately wants to, but few make the same error of judgment twice. The new film is expected to star Ranveer Singh and Kareena Kapoor in leading roles, and the actress particularly has been waiting to work with Bhansali for years now. She famously dissed him when he chose to work with Aishwarya in Devdas instead of her, and lobbied to be cast in his passion project Bajirao Mastani, which incidentally never saw the light of day. Reportedly, she’s so thrilled at finally landing a film with him that Kareena happily agreed to do an item song in the Akshay Kumar-starrer Rowdy Rathore that Bhansali has produced.

Ranveer on a Leash

While on Kareena, her leading man in Bhansali’s film, Ranveer Singh, is reportedly back with on-off girlfriend Anushka Sharma, who seems to have forgiven him for his alleged transgressions with Sonakshi Sinha and Neha Dhupia not so long ago.

Story goes that she’s keeping him on a short leash now, and he’s promised not to stray. According to film industry sources, Anushka’s specifically asked Ranveer to behave himself while shooting Bhansali’s film, given that she and everyone else knows about the crush he’s nursed on Kareena Kapoor for years.

“She ushered me from boyhood into manhood,” he famously said on Karan Johar’s talk show, revealing how he used to stare transfixed each time Kareena showed up for a swim at Otter’s Club. No wonder Anushka has asked him not to get carried away while shooting with his favourite heroine.  Incidentally, Anushka herself was a serious contender for Bhansali’s film, until Kareena apparently expressed her interest in the project and ousted the Band Baaja Baaraat star.

The Older, the Better

She’s one of the most promising newcomers in Bollywood currently, having appeared in only one film yet—a bonafide blockbuster. That she looks far older than her years seems to have worked in her favour, given that she’s snagged films opposite some of the most successful leading men, each in his forties.

Incidentally, according to the industry grapevine, she’s always been partial to older men; perhaps that explains the link-ups with at least three of her leading men. With her first co-star, there were rumours that she’d often stay over at his home. Another leading man she’s signed three films with has openly said he’s a “fan” of her voluptuousness. The third co-star allegedly had her roomed on the same floor as himself during an outdoor schedule recently, while the rest of the cast were put up in rooms on different floors.

One female industry insider, who was friends with this actress growing up, reveals that even at the age of 14, this young lady was always besotted by older men. On the pretext of seeing her female friends, this young girl would reportedly visit her much-older boyfriend, and was once caught by her mother, who gave her a solid thrashing and also reprimanded her friends for covering up for her.