Have to Watch My Words

Ahmad Kazmi, the media and a message that might have gone horribly wrong 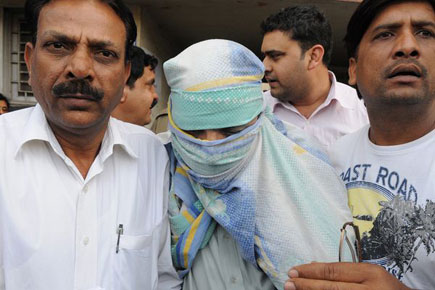 Ahmad Kazmi, the media and a message that might have gone horribly wrong


I have recently experienced a period of great advancement in my career, courtesy of one small, not particularly powerful, remote- controlled magnetic bomb. Ah, the familiar rush of adrenaline. When was the last time I felt you? I can’t even remember, it’s been so long. Washbag into backpack (finally, a chance to use my new trial size aromatherapy shampoo and body lotion), winter coat out of its bed of mothballs, last minute tickets bought online for double their normal price, and off to Delhi we go.

I will now admit, right here in this column, which I am hoping is safe from the eyes of intelligence agencies, that I have found the entire story quite fishy from the onset and it seems to be getting fishier, all the way to the arrest of my colleague Syed Mohammad Ahmad Kazmi in Delhi a few weeks ago. I do not know whether he is guilty of anything or not. I do know this, though: I do not like the merry climax of excitement in the media establishment every time something explodes, giving us the chance to talk about terrorists again; and I certainly do not like having to write news stories filled with facts fed to us by people who expect us just to write what they have fed us whether we believe a word of it or not. I was not the only journalist feeling manipulated during this whole story, and I said so to my editors (“But of course it was Iran. How could you possibly question it?”). I said so on NDTV (English) and was somehow convinced to say so even on NDTV (Hindi). During the Hindi panel, though, I was so busy praying fervently to speak correctly and not to start a new world war by saying something like “let’s screw them!” by mistake that I’m not sure I managed to say what I wanted to say, which is that it would be better to conduct panel discussions on the great feelings of friendship among the people of the world rather than focusing overmuch on the depravity of the few, whatever passport they may be carrying (my Hindi really isn’t very good, and I’ve been told by my more snobbish friends that since my accent doesn’t make the distinction between similar sounding words in the language that mean ‘screw’ and ‘leave it be’, I should drop trying to speak Hindi). Whether the host was smiling kindly at my refreshing naiveté or smirking, along with other members of the panel, at my downfall, I do not know. But before we went on air, one of the other panelists had said, over chai and biscuits, “But of course it was the Mossad. How could anyone possibly question that?” I don’t know where everyone has been getting all this pakka information, but I sure want some as well.

By the way, the other panelists were initially not willing to smile at me, me being an Israeli and they being friends of Arabic departments at JNU and former ambassadors to Palestine. But when I explained that even I did not believe the Iran scenario, and even more so, was in full sympathy with the plight of the Palestinian people, they agreed to pass me the tea.

I posted my doubts on Facebook as well. This resulted in the second best thing about the blast: an invitation to join the beautiful ‘Iran-Israel friendship group’—2,700 members already and growing fast (The best thing about the blast was the swanky car and dreamy driver that NDTV sent to pick me up from the airport). I joined the group immediately and since have been basking in this consciousness-raising love-fest, including mutual declarations of support, printable posters about the deep love between the people of these two great lands, and YouTube links that highlight each other’s culture and scenic delights. When many Israeli members of the group added the logo ‘Iran, we will never bomb your country, we love you’ to their profile photos, the Iranian members responded by adding the logo ‘We love you, Israeli people, the Iranian people do not like war with any country’. I am happy to say the media in Israel picked up on this and other friendship-with-Iran campaigns and reported them prominently.

Meanwhile, our guilty-till-proven-innocent colleague is still in jail in Delhi, so it is too early to put down our pens and join the song of love between our brothers and sisters all over this land.