As GM files for bankruptcy, a tribute to a great hoax called the General Motors Diet which among many things impending brides do 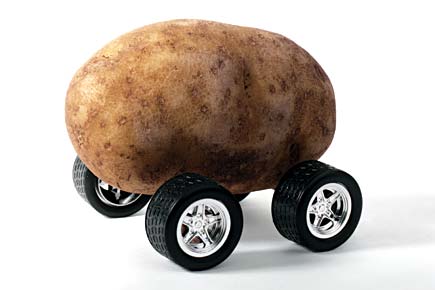 As GM files for bankruptcy, a tribute to a great hoax called the General Motors Diet


All thin women are alike; every fat woman is fat in her own way. Some of them are fat in ways that are not perceptible to a man’s eye. Anyway, the point is that most women are in the pursuit of weight loss, and the effort is especially maniacal before their wedding. Among the many things that impending brides do is something called the General Motors Diet. Also called GM Diet with affection, and with a tenor of conviction, too, like how scientists say “protons”.

As militant evangelists of such things they even force their men to undergo the miracle diet. It is not clear when exactly this diet emerged but most people first encounter it as a printout or an email forward from a friend. There is usually a brief paragraph about how the General Motors developed the diet for the well-being of its staff, and that it was created with ‘a grant from the US Department of Agriculture, and the Food and Drug Administration’. Johns Hopkins, too, is mentioned. Then it explains how you can lose five to six kilos in ten days. The most endearing quality of this diet is that it says you can eat as much as you want as long as you stick to the foods that are permitted on a given day. Like for example, on the first day of the diet you can have as much fruit as you want. On Day Six you can even have an unlimited amount of beef. So, it was a dream diet. Thousands of women have tried what they believed was the GM Diet. Part of the diet also included a miraculous soup.

The truth, of course, is that General Motors, which recently filed for bankruptcy, never had anything to do with the diet, or the soup. The diet was a hoax. Probably one of the best hoaxes in recent times which created a whole culture around it. Homes were abuzz with the news that the daughter was now trying the best diet in the world. Her mother, who carefully studied the printout of the GM Diet, tried it. Maids were confused why they were chopping only fruits one day, only vegetables another day. In fact, one of my friends was introduced to the diet by someone who worked for General Motors.

Even GM employees fell for it. In a way, the branding of the GM Diet in India was more powerful than the branding of the company’s real trademarks like Chevrolet and Opel. If there was a GM Diet book, it would have sold in lakhs. When I spoke to some of the many victims of the hoax, the constant defence I heard was, “But it worked”. It did work, for a few days. “That was the point,” they say. They just wanted to lose weight fast for the wedding so that they can look better than their cousins. So, they say, it was a victimless hoax.

The most curious aspect of the hoax is that it appears to be largely an Indian hoax. There is evidence that there were takers in other countries, too, but the diet seems to have been the most popular here. And, the hoax is not over. Even after this column is published, it will go on until it dies naturally, of old age. That is the nature of things. The GM Diet, with its quasi-scientific explanations and the grandness of its instructive subheads, like ‘Day One’, is part of the comical elements in the vast economy of bullshit. Like the signboard in a luxury hotel that says ‘Spa’ with the face of a grim meditating woman (always a meditating woman), as if going to a spa and sleeping with the pebbles is a great health achievement; like the expression on the face of an ayurvedic type when he asks you to step into a bowl of hot water, as if it is a great moment in medicine; like the tone of a girl who says, “I am doing a course in hypno-therapy.” There is so much humour in the world, it seems.

The GM Diet hoax was possible only because of the Internet. It spread through blogs, forwards and other means. The hoax did not need mainstream media. In the future, American newspapers fear, and they express this fear every time they write about their inescapable demise, people will stop reading good journalism and will read whatever is free on the Internet. This fear has been expressed by very respectable minds. But I refuse to believe that. People may be cheap. They may want information free. But when they realise that they are getting rubbish, they will begin to pay all over again. When a person is paid a salary to collect good information, edit or interpret it, and his financial fate is tied to how well he does his job, and another person pays to access this work, it is called journalism. Nothing else is journalism, nor can take its place.