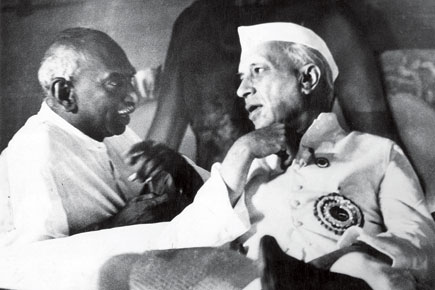 I have sometimes received complaints from Christian missions and missionaries, both foreign and Indian, about the differential treatment accorded to them in some States. It is said that there is some kind of harassment also occasionally. Some instances of this kind have come to my notice. I hope that your Government will take particular care that there is no such discrimination, much less harassment. I know that there is a hangover still of the old prejudice against Christian missions and missionaries. In the old days, many of them, except in the far South, where they were indigenous, represented the foreign power and sometimes even acted more or less as its agents. I know also that some of them in the north-east encouraged separatist and disruptive movements. That phase is over. If any person, foreign or Indian, behaves in that way still, certainly we should take suitable action. But we must remember that Christianity is a religion of large numbers of people in India and that it came to the South of India nearly 2000 years ago. It is as much part of the Indian scene as any other religion. Our policy of religious neutrality and protection of minorities must not be affected or sullied by discriminatory treatment or harassment. While Christian missionaries have sometimes behaved objectionably from the political point of view, they have undoubtedly done great service to India in the social fields and they continue to give that service…

We permit, by our Constitution, not only freedom of conscience and belief but even proselytism. Personally I do not like proselytism and it is rather opposed to the old Indian outlook which is, in this matter, one of live and let live. But I do not wish to come in other people’s ways provided they are not objectionable in any other sense. In particular, I would welcome any form of real social service by any one, missionary or not. A question arises, however, how far we should encourage foreigners to come here for purely evangelical work. Often these foreign missionaries raise funds in foreign countries on the plea of converting the savage heathen. I do not want anyone to come here who looks upon me as a savage heathen, not that I mind being called a heathen or a pagan by anybody. But I do not want any foreigners to come who look down upon us or who speak about us in their own countries in terms of contempt. But if any foreigner wants to come here for social service, I would welcome him.

I want to share with you a certain apprehension that is growing within me. I feel that in many ways the position relating to minority groups in India is deteriorating. Our Constitution is good and we do not make any distinction in our rules and regulations or laws. But, in effect, changes creep in because of administrative practices or officers. Often these changes are not deliberate, sometimes they are so. In the Services, generally speaking, the representation of the minority communities is lessening. In some cases, it is very poor indeed. It is true that some of the highest offices in the land are occupied by members of these minority communities. They occupy high places also in our foreign missions. But in looking through Central Government figures, as well as some others, I am distressed to find that the position is very disadvantageous to them, chiefly to the Muslims and sometimes others also…

It is all very well for us to say that we shall not pay any attention to communal and like considerations in appointments. I am no lover of communalism and its works. Indeed, I think it is the most dangerous tendency in India and has to be combated on all fronts. But, at the same time, we have to realize that in a vast and mixed country like India we must produce a sense of balance and of assurance of a square deal and future prospects in all parts of the country and in all communities of India. If the tendency is to upset any balance or to emphasize one aspect at the cost of another, the result is a lack of equilibrium and dissatisfaction and frustration among large groups.

This is exactly what is happening and it is not a good thing. I think we should make a very special effort to check this wrong tendency in so far as the Services are concerned. The question is a wider one than the Services, although the Services are an imporant part in the texture of India. We have to create a sense of partnership in every group and individual in the country, a sense of being a full sharer in the benefits and opportunities that are offered. It is only then that we produce the right attitude of mind. Nothing seems to me so un-becoming as to preach loyalty to others, meaning by that word ‘loyalty’ that everyone should fall in step with us. This is very much like the approach of the Communists in some parts of the world and of the Americans in other parts of the world, each of whom demand uniformity and submission…

You will have observed that the Lok Sabha, in considering the economic policy resolution, passed almost unanimously an amendment laying down that the pattern of society to be aimed at should be socialistic. This does not mean our adherence to any rigid of doctrinaire pattern, but it does mean that, broadly speaking, we are aiming at a particular type of society where there will be an approach to equality and where the State owns or controls the means of production. This does not mean that the State should own everything, but it must control all strategic points. There has frequently been an argument about the public and private sectors. The argument discloses somewhat different approaches to the problem.But the argument by itself, without relation to actualities, tends to become unrealistic. It is far better for us to consider these matters from a practical point of view of increasing production and decreasing unemployment and at the same time, going firmly towards that pattern of society which we aim at. We have to take into consideration all the time the present situation in the country and take advantage of every factor that helps. In this present situation, I have no doubt that the private sector can help considerably and therefore should be allowed, and even encouraged, to help within the broad limits of our planning and general control.

Another aspect of this question which is often argued is that of nationalization of existing industries. The Socialist Party lays the greatest stress upon this, as if it was the solvent of all our ills. Our own policy has been repeatedly declared. With limited resources, there is absolutely no point in our applying them merely to acquire State control over existing industries, except when this is considered necessary. It is far better to apply the existing resources in new plants which are so much needed. Those plants can be owned by the State.

We are not sufficiently developed to be able to rely on a State pattern entirely. Also, there is some advantage in having a kind of competition between the public and the private. This will keep the public sector up to the mark. There can be no doubt the public sector has to grow and will dominate the scene.

Many people are anxious to see the rapid growth of the public sector. Some even talk about ending private sector and industry. But, oddly enough, where the public is functioning today, there is constant criticism, even in regard to small matters. It is for this reason that we decided long ago to have our major State enterprises in the form of autonomous corporations so that there is no day to day interference with their work.

It must be remembered that practically everyone under fifty in Russia, that is, almost the entire active population, has grown up under the Soviet system and has been fully conditioned by it, not only by propaganda but much more so by his entire environment. Some old people might complain or think of the good old days but I doubt very much if there is any marked desire in the Soviet Union for a reversion to the old days. Indeed, I do not think it is conceivable that any major change can take place in the economic system. There may be, and probably will be, minor changes and adaptations, but the basic economic structure in the industry and land will continue. In establishing this structure and, more especially, in collectivization of land, a tremendous price in human suffering was paid. That price has been paid and a completely new structure has arisen and been well established. There can be no going back upon this…

We thus see in the Soviet Union a new type of society growing up. It is a vital society, expanding not only in numbers and in the construction of new towns and cities and factories, etc., but fully conditioned to believe in the environment in which it lives. This society is becoming increasingly technical and fairly well-read. Its standards will necessarily go up with increasing production, provided there are no wars or big upsets. How far political restriction and lack of civil liberties will continue, I cannot say. I imagine that if fear of war and attack goes, there will be a progressive approach to normality and a measure of individual freedom may also come in its train. I do not think this will lead to the type of individual freedom that is known in some countries in the West, but a well-read and well-trained society is not likely to submit for long to many restrictions on individual freedom.

I am not discussing communism, either its technique or its ideology but rather thinking in terms of the gradual development of the Soviet people under pressure of various events. Marxism as applied to Russia by Lenin was probably somewhat different from what Marx himself thought. Stalin varied this still more, and I have no doubt that this process of variation will continue.

(Excerpts from Letters for a Nation: From Jawaharlal Nehru to His Chief Ministers 1947–1963, edited by Madhav Khosla; Penguin India; 352 pages; Rs 599)