The men who administer Indian cricket are at it again 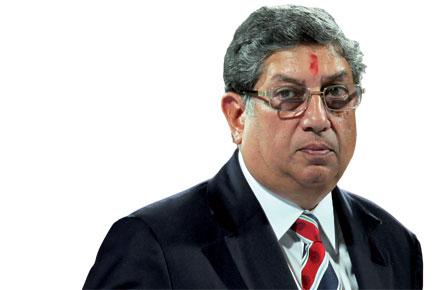 If anyone in India decided to do a Game Of Thrones in a modern context, the BCCI would be the stage to set the characters. Friends here turn enemies within a blink, unexpected people suddenly become kings, kings get exiled into distant lands to plot their return, and everyone knows there is a knife waiting at the back. Thankfully, since this is India, there will be no nudity, which is just as well, considering the bodies involved.

To the man who is content with his cricket on the sports channels, all this is invisible. It only becomes apparent if a major scandal breaks out like the IPL betting one. Or you will need to piece separate news items together to know that a new season of the show is on. Consider the recent happenings. Former BCCI chief and now International Cricket Council (ICC) President N Srinivasan is accused of spending close to a million dollars to hire a UK firm to spy on other BCCI members.

Then there is the leak of a letter written by the ICC to BCCI about the BCCI secretary Anurag Thakur being seen in the company of a businessman known for bookie links. To which Thakur sent a letter of his own to Srinivasan accusing him of creating the controversy. Thakur is also part of the espionage probe.

And then there is the belated discovery that Chennai Super Kings had been valued at Rs 5 lakh when it was handed over by Srinivasan’s company India Cements to a trust. Such an absurd valuation would result in BCCI getting just Rs 25,000 as its percentage of the sale transfer. BCCI is going to investigate this too. There is reason for the timing. According to a Supreme Court order, Srinivasan cannot return as BCCI chief as long as his company owns an IPL team because of conflict of interest. If India Cements cannot shrug off its ownership, then Srinivasan cannot return to BCCI.

There is a war on, that much is clear. What is inexplicable is why so many businessmen and politicians want to get involved in cricket, because a nasty fall is almost inevitable at some point in time no matter how powerful you are.

Jagmohan Dalmiya, the BCCI chief now by a strange concatenation of circumstances thanks to Srinivasan’s fall, was a decade ago humiliated with police cases by BCCI after he was ousted in his earlier stint as its chief. Srinivasan, a successful businessman, has had to suffer the ignominy of his family getting dragged into a betting scandal by his son-in-law.

People like them are already very wealthy or powerful before they get ambitious about cricket. Most of them don’t look like they have ever played the game in decades. Why not be content with what they have, instead of getting into waters where everyone is an equally strong shark waiting to feed off the other?

The explanation could be unlimited greed for power or something as simple as boredom, or a mix of both. After building an empire in a certain field, it stops being entertaining. Everyone like toys, some get a PlayStation, while others want India’s national cricket team to play with.