Friendships with Benefits • Big Names Only • To Make a Big Impression 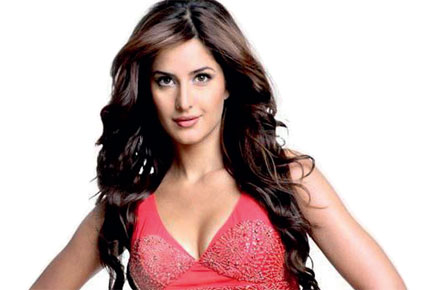 Friendships with Benefits • Big Names Only • To Make a Big Impression


Even as Yash Raj Films continues to audition prospective female leads to star opposite Arjun Kapoor in its next production Aurangzeb, word on the street is that Rockstar heroine Nargis Fakhri—who is among those who reportedly screen-tested for the film—could well land the part. The makers have apparently been on the lookout for a suitable actress after their Luv Ka The End leading lady Shradha Kapoor (who was initially committed to the project) walked out of the film, choosing instead to do the Mohit Suri-directed Aashiqui remake for the Bhatts opposite Aditya Roy Kapoor.

It’s easy to see why Nargis’ name is being linked to the new film. The half Czech half Pakistani model-turned-actress is reportedly dating Uday Chopra, younger son of Yash Chopra and brother of producer Aditya Chopra. “She has an insider’s advantage,” says one industrywala who is close to the family.

According to the industry grapevine, Uday (who was linked to Ishaqzaade star Parineeti Chopra after they arrived at Karan Johar’s 40th birthday party together recently) has been proudly flaunting his new girlfriend. He is believed to have introduced her to his parents, and also to close friend Karan Johar and his mother Hiroo Johar.

Nargis, meanwhile, who had been linked to everyone from Ranbir Kapoor and Imtiaz Ali to Shahid Kapoor, is said to be “very happy” with Uday, who apparently pursued her relentlessly before she agreed to go out with him. A source within the celebrity management firm that represents her reveals that “Nargis has spent most of her life in New York, and has very few friends in India, and virtually no one here she can count on, or fall back on.” So, “She’s thrilled to have found Uday, who is completely besotted by her.”

Is Katrina Kaif going the Kareena Kapoor way? The Zindagi Na Milegi Dobara star—who only recently seemed determined to change the ‘She can’t act’ impression of her by going after meaty parts—now appears to be chasing only blockbusters.

In the coming weeks, she’ll have Ek Tha Tiger opposite Salman Khan (which the film trade is predicting would be the superstar’s biggest opener yet), and later this Diwali, we’ll see her opposite Shah Rukh Khan in Yash Chopra’s yet-untitled romantic saga. She’ll also start shooting with Aamir Khan for Dhoom 3, which is slated for release in December 2013.

You’d think three VIP-studded releases like these would give her the safety net she’d need to seek out a few juicy parts in unconventional films, but no. Katrina has recently gone and signed two new biggies opposite Akshay Kumar. The first is a South remake by Ghajini director Murgadoss. The second, a sequel to her own 2007 hit Namastey London, again to be directed by Vipul Shah.

With even Deepika Padukone now looking out for more than just ornamental roles in song-and-dance entertainers, is Katrina regressing instead of progressing? To be fair, she does have Prakash Jha’s Raajneeti 2 lined up, in which she’s believed to have an impressive acting part.

To Make a Big Impression

This leading, much-married industrialist maintains close friendly relations with top movie stars, and is known to offer his hospitality to Bollywood folk regularly. Some years ago, he was famously linked to a former beauty queen-turned-actress.

Now there are murmurs that he’s been taking an unusually keen interest in another stunning Hindi film actress. Not long ago, he is believed to have personally called and persuaded her to attend an ‘important’ entertainment summit in Delhi that his company was involved in. When she accepted the invitation, a huge bouquet of flowers is believed to have shown up at her doorstep. The gentleman is said to have personally instructed his top staff to look into her travel arrangements, and shortly after the actress returned from the capital having attending the event, expensive gifts were allegedly showered on her.

At the time, his staff giggled among themselves, tickled by their boss’ infatuation with the star. Now the same colleagues are convinced there’s more to it. One hears the dusky actress, who is currently enjoying a good run in the movies, has been responding to the big shot’s overtures, and is enjoying being wooed with expensive jewellery.