Pre-teen agonies and ecstasies of uncovering the secrets of sex 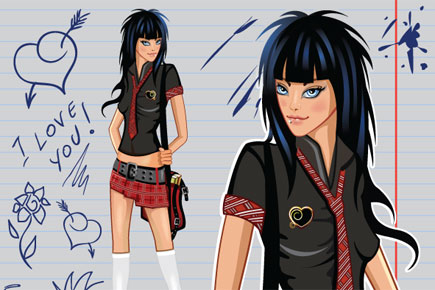 Pre-teen agonies and ecstacies of uncovering the secrets of sex


Last week, like every other person who reads news online, I came across a particularly unintelligent piece of writing masquerading as a feature on unknown ‘facts’ about women. The depth of the author’s insights about women and our pre, mid and post coital behaviour, in addition to our bathing non-habits, reminded me of my first sexual fact-finding journey.

I must have been around 10. Our geography teacher bustled into class and announced, “Girls, we’re going to learn about the Pennines mountain range today.” Instantly, the cool girls started tittering. I wondered what it was that had aroused their mirth this time. They chortled every time we crossed paths with a ‘Dick’ in literature and violently jabbed their middle fingers in the air when they fought. No one understood their secret language and gestures, but everyone laughed uproariously, afraid of looking foolish. As the years passed, the cool girls’ power increased. While the rest of us revelled in the illicit thrill of ‘shit’ and ‘ass’, occasionally stepping so far out of line that we’d make it to ‘bastard’ before being struck by the thought of invoking the wrath of the adults responsible for us and switching to the far less incriminating ‘bas-ket case’, the cool girls were well onto ‘fucks’, ‘pussies’ and ‘cunts’. I would have gladly parted with a limb or two in exchange for the source of their information. I wanted to strut around school too, part of the sorority that was privy to The Secret.

And then came that wonderful year, the year we turned 13. I made a beeline for the rack of Mills & Boon that was no longer off-limits. I could feel the disapproval of our pointy-nosed librarian as I sat, hunched over my treasure, lunch hour after lunch hour. But I didn’t care. I was going to take down the cool girls, snatch their pedestals from under their unsuspecting pert bottoms (a phrase I picked up from the countless M&Bs I devoured that year). In retrospect, I’m amazed by my scientific approach. I read about him devouring her dewy lips with as much clinical focus as I dedicated to perfecting the complicated ammonia fountain experiment for the chemistry practical. And the thought of his tongue nudging past her teeth was profoundly revolting to me. I couldn’t imagine why anyone would willingly partake in such unsanitary behaviour. I learnt that a woman’s ‘delicate barrier’ was her most priceless possession; that even if it had cobwebs over it, an intact hymen was better than no hymen.

My next sexual adventure happened outside my cousin’s room when I was 15. By then, the idea of male and female breaths mingling was significantly less perplexing. As I eavesdropped in wide-eyed wonder outside her door while she and her friends giggled about playing tonsil-hockey with their boyfriends, I was introduced to the mechanics of Making Out. By the end of summer, I was taking copious notes on what they called second and third base, thanks to one of the girls who had just returned after a year as an exchange student in New York. She came with juicy stories of vibrators and men sticking ‘it’ in all ‘three holes’. The best friend and I spent many agonised hours with our trusty encyclopaedias, trying to solve the mystery of the other two holes.

For my sixteenth birthday, my parents bought me my first computer. On Sundays, I was even allowed to hook up the internet line for a whole hour. After six years of hearsay and second-hand knowledge, the best friend and I were finally going to know. It was a moment of historic value. This was the day that would later be recalled as the one we saw our first penis. The real waving, thrashing, bobbing thing that was twice the size (length and girth) and so much prettier than those illustrations in our books. Exactly three minutes and 47 seconds later, the best friend and I sat on the bed, mirroring each other’s horrified expressions. The browser history had been cleared at lightning speed as the visuals on screen threatened to trigger our gag reflexes.

(Sprays deodorant on unbathed self and joins Mr Laikhuram in his mission to defecate on the world of online writing.)