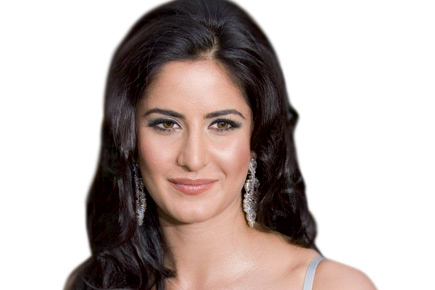 
It is hilarious how everyone from Sonam Kapoor and Deepika Padukone to Kangana Ranaut and Chitrangda Singh has been telling the press that they were shortlisted to audition for the new Fast & Furious film. In reality, the casting director of the seventh installment in the popular Hollywood franchise has appointed scouts across the subcontinent to encourage actresses to audition for a tiny role in the movie. So it’s not as if our Bollywood divas were personally handpicked to test for the part. In fact, they’re among hundreds of girls across the country who have rushed their audition tapes to the London casting office. Lunchbox newbie Nimrat Kaur was also approached, as were Isabelle Kaif, Katrina’s younger sister, and Aviva Bidappa, daughter of Bangalore’s famous fashion guru Prasad Bidappa. Each has reportedly sent in her tape and is awaiting the call.

Katrina Kaif is amused by rumours that she had leaked photographs of herself with Ranbir Kapoor on a beach in Spain. When I brought up the conspiracy theory, she replied, “First, that’s not the kind of person I am. And secondly, would I really choose pictures of myself in a mismatching bikini? Pictures that don’t even highlight my best features?”

On all the flak she received for issuing a statement to the media pleading for privacy, she says, “I realise people felt I’d overreacted, but I guess I was naïve. It was a personal, unguarded moment. Was it really necessary?” Katrina makes no efforts to deny her relationship with Ranbir, but won’t speak about it “because I’ve never discussed my private life in public”. What she does reveal is that she has signed Anurag Basu’s Jagga Jasoos opposite Ranbir, and that she will shoot that film more or less simultaneously with Bang Bang (which resumes filming in November after the release of Krrish 3) and the Kabir Khan film she signed recently opposite Saif Ali Khan. She’s also unperturbed by the media’s constant jibes that she’s been left behind by Deepika Padukone, who has had four back-to-back hits in Cocktail, Race 2, Yeh Jawaani Hai Deewani and Chennai Express. “Two of my films got delayed for reasons that were out of anyone’s control [Dhoom 3 and Bang Bang]. But I know [the tabloids] will sing a different tune when those films are coming out,” she says.

Katrina, who took off to London earlier this week to attend her sister’s wedding, isn’t expecting Ranbir or any of her Bollywood friends to attend the celebrations, insisting it’s “a small family affair”. But she’s looking forward to spending a few days sharing a room with six of her sisters. “It’s going to be crazy,” she says.

Once MBAs Run the Show

An epic passion project to be directed by a celebrated new-wave director changed hands some months ago. The studio originally committed to co-producing the film is believed to have passed on the project when its budget bloated to an unviable size. Quickly, though, a rival studio attached itself to the movie, confident of making the numbers work, based on the fact that the project stars a hot young heartthrob who has just delivered a whopping blockbuster.

Insiders reveal that the studio originally linked to the film may have balked at the price tag, but the film’s producers were equally disappointed in the corporate giant. The honchos at the studio had apparently conducted a SWOT analysis on the project, breaking down its many merits and demerits. This analysis was conducted in one of the studio’s many conference rooms, whose glass windows double up as writing boards. In the ‘Strengths’ column, while analysing the film’s commercial prospects, the A-list actor’s name was scribbled, while the director’s name was listed in the ‘Weaknesses’ column, a reflection evidently of the fact that his movies rarely make any money.

While it’s unclear what may have been decided upon at the end of that studio analysis, what we do know is that nobody had the good sense to erase the glass writing board. As fate would have it, the very same evening in the very same conference room, the same film’s producers assembled for a meeting with studio executives and were reportedly horrified to notice their revered director referred to as a ‘weakness’.

An awkward exchange followed. The bloated budget was discussed too. At the end of the meeting, the producers apparently walked out, having made up their mind that their movie couldn’t possibly take shape at this studio.