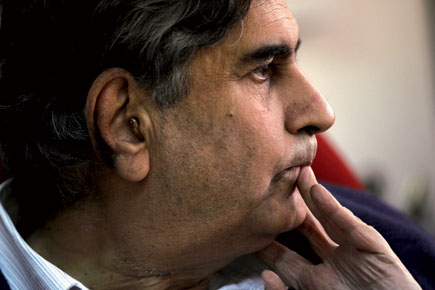 When I came back to Bombay after studying and working in the UK, Vinod Mehta was already here. I think he was in advertising, but whatever he was doing, it wasn’t something he talked about much. What he talked about was what he wanted to do. And that something was being in journalism; not just in journalism, but being an editor. This might have sounded presumptuous since he had no experience in the field, but Vinod had his sights firmly set on bringing out a weekend newspaper like the two great Sunday papers in Britain, the Sunday Times and The Observer. The industrialist Susheel Somani couldn’t quite give him that, but he did Indian journalism a great service by believing in the young and untried Boy from Lucknow enough to pitchfork him into the job of editor. That the magazine was Debonair is another matter—a recently started, rather poor imitation of Playboy, down to its laughable ‘Playboy Philosophy’.

The first thing Vinod did was to dump this baggage. He couldn’t quite get rid of the nudes—after all, that was the raison d’être of Debonair— but around the ‘necessary evil’ of the centrespread pages, he brought in lively reading material on all possible subjects and even gave two whole pages to poetry! I am happy to say that I was the first person he asked to write a column for the magazine (although that was probably because he knew very few people in the city). He also commissioned me to do many of the magazine’s long interviews, the first one being of Girish Karnad, then the head of the Film and Television Institute of India in Pune.

Vinod Mehta’s hallmark editorial style was established then— if he believed in you as a writer, he believed in you completely. He didn’t tell you what to write; he didn’t question what you wrote; if he disagreed with the line you were taking, that was fine by him. To date, I am sure, his colleagues in Outlook don’t know if he agreed or disagreed with Arundhati Roy’s heavily doctrinaire and ideological articles to which he gave so much space. He says in his first book of memoirs that Roy would call him and say, “Vinod, I may have something for you. Ten thousand words?” Vinod’s response to that wasn’t, ‘Why so many?’ Or ‘What’s the line you are taking?’; all he did was tell the desk, “Keep space for 12,000 words, Arundhati always overwrites.”

Readers who ploughed through Roy’s elegantly written pamphlets (for that’s what they were), found them to be intense, emotionally wrought but one-sided. That didn’t bother Vinod—in fact, I think he probably liked the essays for that very reason, that they were provocative and he could count on angry reader reactions for which he would give ample space. That was another Mehta trade-mark—the angrier the reader was, the more he disagreed with the publication’s basic philosophy of secularism, of friendship with our neighbours and other liberal ideas, the greater the possibility that his letter would be printed. Debate was what he wanted: true debate, the airing of divergent views, and not the fish-monger’s shouting matches that pass for it on television news.

A personal example here. When Vinod became founder editor of Ashwin Shah’s Sunday Observer (his weekend paper dream come true), I did a weekly TV column for him. The only channels then were two Doordarshan ones, and they were so dominated by Rajiv Gandhi that I began to call them ‘PMdarshan’. One day, quite fed up with Doordarshan’s obsequiousness, I wrote my column with the words ‘Rajiv Gandhi, Rajiv Gandhi, Rajiv Gandhi’ repeated 300 times. Vinod looked at the column (we typed on paper then), stared at it for a few seconds and asked, “Is that all?” “Yes,” I began, but before I could finish my sentence, he was out of his chair and had loped off (his style of walking) to a sub to explain how to carry this rather unusual piece. Reader reaction was huge—some in praise of the column, but many more saying I was off my rocker, and so was Vinod for publishing it.

For a proprietor, Vinod Mehta must have been a ticking time bomb: he would never know when Vinod would carry a story that would explode in everyone’s face. The proprietor, if he were to be objective, would know that the story was important, but he would also know that it might damage his interests. And which proprietor doesn’t have ‘interests’, especially in our country when the government of the day uses its myriad departments to punish those that offend it?

Ultimately, this is what made Vinod Mehta different from most editors: when he said he carried his resignation letter in his pocket, he meant it. His record shows how very often it wasn’t just an empty threat. That didn’t just make him different; that made him important to our media, and to our national life. Will there be another like him? I really hope there is a clone lying in wait somewhere.

(Anil Dharker is a senior journalist and writer based in Mumbai. He is also the Founder Director of the Mumbai International Literary Festival)