Dumping Yash Raj for the Bhatts

Dumping Yash Raj for the Bhatts • Imran the Reliable • Best Bod, No Work 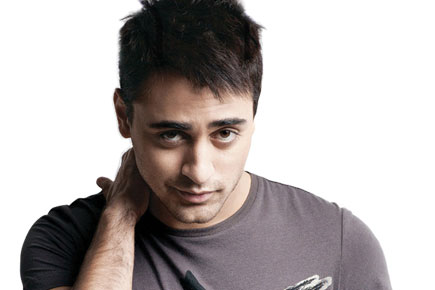 Dumping Yash Raj for the Bhatts • Imran the Reliable • Best Bod, No Work


She’s only been in duds so far (remember Teen Patti and Luv Ka The End?), but Shraddha Kapoor, the petite daughter of Shakti Kapoor, seems confident about pulling her career out of the dumps by making shrewd and occasionally difficult decisions. The pretty young girl, who signed the mandatory three-film deal with Yash Raj Films when they cast her in Luv Ka The End, has reportedly rejected an offer from mentor Aditya Chopra to star in a YRF project titled Aurangzeb, opposite Isshaqzaade hero Arjun Kapoor. Instead she’ll play the female lead in Aashiqui 2, a remake of Mahesh Bhatt’s runaway musical hit of the 90s, that’ll be directed by Mohit Suri.

After announcing a worldwide talent hunt for a newcomer pair they’d promised to cast in Aashiqui 2, the Bhatts and their producing partner T-Series selected Shraddha Kapoor and Aditya Roy Kapoor (of Action Replayy and Guzaarish) to play the leads in this remake.

Although friends and close family apparently advised Shraddha not to burn her bridges with Aditya Chopra and YRF, a source close to the actress reveals she was determined not to lose Aashiqui 2, which she is hoping will propel her to the big league.

What are friends for, if not to bail each other out in hard times? Imran Khan, it appears, has come to the rescue of his I Hate Luv Storys director Punit Malhotra, who was reportedly having a difficult time casting his new film recently. After disappointing meetings with both Shahid Kapoor and Abhishek Bachchan, Punit reportedly went back to Imran and asked him to reconsider the project, which he’d offered him first anyway. Imran, who’d famously had issues with the script, agreed to jump on board if Punit was willing to work with him on whipping the script into shape, apparently.

Now they’ve announced that they are, in fact, making the movie together, and that they’re yet to cast a female lead.You’d think the obvious choice would be Imran’s I Hate Luv Storys co-star Sonam Kapoor, who’s also the director’s girlfriend… But one hears the couple doesn’t want the industry to think that Sonam will star in every movie that Punit directs, and that they come as a package deal of sorts. Hence, the search is on for a different actress who has dates to spare in the last quarter of the year when the film goes into production.

Imran, incidentally, who’s been shooting non-stop for Vishal Bhardwaj’s Matru Ki Bijlee Ka Mandola, is also more or less committed to star in Paan Singh Tomar director Tigmanshu Dhulia’s next, Milan Talkies. While the actor appears to be sticking his neck out with unconventional roles in movies by not-exactly-commercial filmmakers like Bhardwaj and Dhulia, he’s also cleverly ensuring that he has the safety net of Karan Johar-produced romcoms to fall back on if he needs to.

She’s still possibly got the best body in the business—flat stomach, yet curvy in all the right places—but having never quite cut it as an actress who could ‘act’, this popular sexpot is fast finding her career fading away. With younger actresses arriving on the scene regularly, plum movie offers are becoming hard to come by. With more and more actresses willing to strip down to their skivvies, she isn’t even the Number One choice when it comes to ‘bold’ roles anymore.

Hardly surprising then that she’s begun sending feelers to a leading filmmaker who’s regarded as the posterboy for ‘alternate’ Hindi cinema currently… he of the dark, gritty dramas who’s managed to resurrect a dying acting career or two. The actress’ managers have reportedly been busy working the phone lines trying to line up some face time with the filmmaker, hoping he will find something worthy for her in one of his many under-production projects.

There’s also some talk that the generally amiable and good-natured star has become insecure, irritable and possibly delusional lately. She screamed at her managers recently for not working hard enough to land her exciting work “when half the industry was gravitating towards me and showing interest in working with me” at the birthday party of one of Bollywood’s top filmmakers recently. Yeah, right.