India’s international film festival is a joke compared to Cannes or Toronto. After all, babus are in charge. 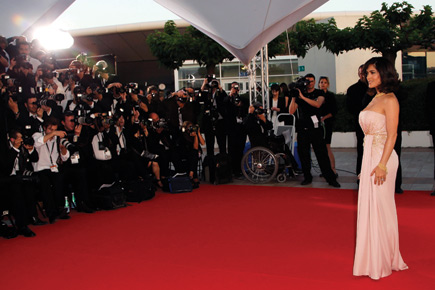 India’s international film festival is a joke compared to Cannes or Toronto. After all, babus are in charge.


India’s international film festival is a joke compared to Cannes or Toronto. After all, babus are in charge.

The Cannes International Film Festival is a superbly orchestrated cocktail of cinema, glamour and business. But just how precise the French are became apparent to me when I served on the Un Certain Regard jury in 2008. As we jury members walked down the famed red carpet at the Palais des Festivals, an attendant walked just behind us, discreetly telling us which direction to look in, when to move ahead and just how long to stay still so the tuxedoed photographers on either side of the carpet could get the right pictures. This ensured smooth movement on the carpet and enabled famous faces in gorgeous gowns to make headlines globally. God, of course, was in the details.

While the French are masters of ceremony, the Canadians have perfected the sprawling, raucous, audience-driven Toronto International Film Festival (Tiff). Founded in 1976, Tiff started as a ‘festival of festivals.’ That is, they showed a collection of the best films from festivals around the world. But in 35 years, Tiff has evolved into North America’s premier festival and the unofficial launch pad for the Oscars—winners to come out of Tiff include American Beauty, Crash and Slumdog Millionaire. This year, the festival inaugurated its imposing permanent building, the Bell Lightbox, which includes five cinemas, a library and a restaurant.

Meanwhile, our International Film Festival of India (Iffi), taking place in Goa from 22 November to 2 December, continues to be an amateurish, badly organised comedy of errors with the usual complaints, controversies and largely mediocre selection of films. Which might be forgivable if the festival was new, but this is the 41st edition. A cursory internet search throws up news articles that reveal a painful consistency of bungling over the decades: fights over who will be the chief guest; criticism of films included and excluded; bureaucratic myopia; charges of corruption; and the absolute lack of character and vision. How can we continue to get it wrong for 40 years?

I asked Cameron Bailey, co-director of Tiff, what makes a successful festival. His reply: “Any successful festival begins with smart, informed, passionate programming. A festival is always defined first by the taste and daring of its programmers. After that, a festival has to cultivate an audience that is every bit as smart, informed and passionate as its programmers are.” Directors such as Bailey, Thierry Frémaux at Cannes and Marco Müller at the Venice Film Festival lead, shape and define their respective festivals. Instead of professional programmers, Iffi is run by rotating bureaucrats. The festival has no personal vision steering it. One bureaucrat explained how films are selected. “So a festival official will run into an Egyptian filmmaker and ask him if he wants to visit India. If he says yes, he’s in. Nobody has the cinematic taste or training to actually select good films. The entire exercise is totally Rambharose.”

Last year, the Ministry of Information and Broadcasting set up an expert committee, headed by Pritish Nandy, to explore ways to revamp the festival. The committee recommendations, which include several structural reforms and the building of a new auditorium, have been submitted to the Ministry. But the question is: will these recommendations be implemented? Will there be a follow up? The bureaucrat isn’t so sure: “This isn’t rocket science,” he said. “A film festival is a service industry and the bottom line is quality. But they just don’t get it.” In 2004, when the festival permanently moved venue to Goa, there were ambitious proclamations of making it a second Cannes. My expectations are somewhat lower. If they can just provide a functional website, I’ll be happy.