Kareena Finds a New Devotee • A Titanic Clash On the Horizon 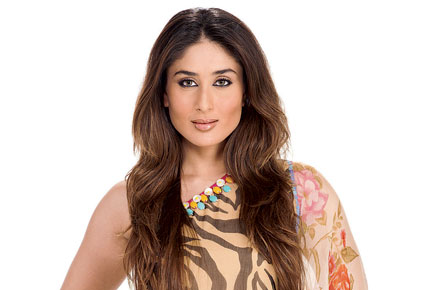 Story goes that Rishi Kapoor recommended Imran Khan for the male lead in producer Shashi Ranjan’s film Wedding Pullav, when they were looking for a suitable actor to cast opposite Ranjan’s daughter Anushka, who would be making her debut in the film. Rishi, who had a role in the film himself, reportedly called Imran personally and asked him to meet with Ranjan and read the script. But Imran, who had recently become a father at the time, told Ranjan he was “in a zone” and couldn’t focus on a new project anytime soon. Apparently Rishi didn’t take very kindly to the fact that Imran didn’t so much as meet Ranjan, despite his recommendation, and that he turned down the offer over a phone call.

A friend of Imran, however, says it was patronising on the senior star’s part to recommend that Imran do a film that RK wouldn’t ask his own son to do. Ouch!

Kareena Kapoor, who turned 35 earlier this week—and partied it up with sister Karisma, husband Saif Ali Khan, and Arora sisters Malaika and Amrita at the Pataudi estate— has found a fan in her Ki and Ka co-star Arjun Kapoor, who can’t stop talking about her these days. The pair has more or less wrapped principal photography on R Balki’s film after long schedules in Mumbai and Delhi, and according to sources on the set, they got along famously during production. Evidently it helped that Arjun has known Kareena and Karisma from his days as an assistant director, and from the days he accompanied his father Boney Kapoor to the sets of such films as Shakti and Bewafaa in which the sisters acted.

Ki and Ka, in which Kareena plays an ambitious career- driven wife to Arjun’s stay-at- home husband, is loosely inspired by the Amitabh and Jaya Bachchan starrer Abhimaan. Apparently Balki wrote the female lead for Kareena but offered it to Anushka Sharma first, assuming Kareena may not be interested. When Anushka dithered, he went straight to Bebo and came back relieved that she said ‘yes’.

Arjun has told friends that the role suits Kareena to a T, and that she’s committed herself to it completely. Of late the actress has acquired a reputation for picking potential blockbusters over edgier films with challenging roles. But with this one, he insists fans who’ve been lamenting that she no longer picks exciting roles, will be pleasantly surprised. What’s more, he’s said she’s incredibly entertaining when they’re not shooting too, likely referring to Kareena’s other reputation… that of a true-blue diva, the sort they don’t make anymore.

A Titanic Clash On the Horizon

Turns out all’s not well between a male superstar and a top actress, and it may have something to do with the fact that they have major movies clashing on the same date. According to sources in the film trade, when it became clear that both movies had been scheduled to open the same weekend, the actress reportedly called up the superstar—whom she has worked closely with from the start of her career— and requested him to consider shifting his film’s release date. “It’s my biggest release, na…” she apparently cooed to the actor, who is believed to have smartly retorted that he’d happily oblige if she was willing to make the same request to him on Twitter or in the press: “Just say ‘We’re scared to come on the same day, so please shift your release,’ and I will.”

Shocked that he would ask her to publicly make that request—and thereby admit that she and her famously arrogant director- producer were insecure about clashing with the superstar’s film—the actress is believed to have brushed off his shrewd suggestion dismissively, thus angering the A-lister to no end. What allegedly followed was an angry outburst from the star, which the actress was not expecting.

Once clear that battle lines had been drawn, the actress put out a cryptic tweet confirming that she was accepting the challenge. Game on. May the better film win.