Back with the Shopping Bag

India Inc has resumed the hunt for overseas buys. But this time, there are distinct differences in strategy and execution. 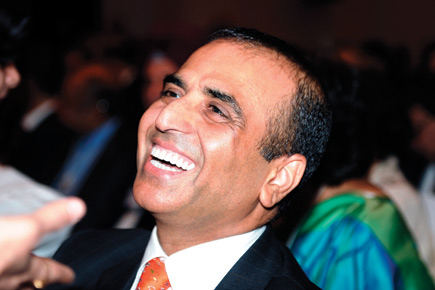 India Inc has resumed the hunt for overseas buys. But this time, there are differences in strategy and execution.


India Inc has resumed the hunt for overseas buys. But this time, there are differences in strategy and execution.

It’s beginning to gather momentum, and how. As soon as the effects of the global economic downturn have begun to wear off, Indian companies have got back to their hunt for acquisitions with renewed vigour.

Just before the downturn kicked in, Indian firms were on the rampage, jostling with each other to get a share of the global M&A pie. In that race, many were later found to have burnt their fingers, picking up assets that were, in some cases, overpriced or, in others, not the best fit. The shareholders of these companies, needless to say, weren’t amused.

Over two years later, the hunt has begun all over again. Telecom major Bharti Airtel has announced its intention to acquire Zain Telecom’s African assets for a staggering $10.7 billion, Renuka Sugar has acquired a controlling interest in Brazilian sugar maker Equipav in a Rs 1,500 crore-plus deal, Religare has acquired the US-based Northgate Capital for Rs 1,000 crore, and Fortis has acquired a 24 per cent stake in Singapore healthcare giant Parkway for about $690 million. The Ruias of the Essar Group have also picked up Trinity Coal of the US in a deal estimated at $600 million. Megacorp Reliance Industries, however, continues to be on the hunt, and may complete a large oil company acquisition after its mega bid for LyondellBasell did not find favour with the target company’s board.

What is significant is that the effort is gathering speed, and the deal sizes are getting bolder, despite the fact that the Indian economy has only just come out of the effects of the downturn. In fact, estimates are that in the first 45 days of 2010 alone, India Inc saw deals worth a jaw-dropping $14 billion being announced. This figure is growing by the day. Having seen the worst of the downturn, and tackled it successfully by cost-cutting measures and production efficiencies, a confident corporate India is now ready for the kill again. The balance sheets are strong, the lessons learnt, so it is now time to get back to the hunt.

The question that arises at a time like this is, having burnt their fingers earlier in many cases, is it too much too soon? Are Indian companies rushing in too quickly, rather than waiting a bit longer for the slowdown dust to settle?

Experts point out that the timing is just right, and there is a distinct difference now from the acquisition hunt of 2006-08. Sudhir Dash, director, Motilal Oswal Investment Advisors, says the key difference this time is that companies are now looking mainly at acquiring resources, while the earlier acquisition spree was more about gaining market access. At that time, the strategy was more about acquiring a front-end entity overseas, while the manufacturing was, in many cases, still domestic. But now, the game has changed. The 2010 spate of acquisitions is, in most cases, driven by the need to gain resources globally, which explains the buyouts undertaken in the coal and sugar spaces by Essar and Renuka. Companies, investment bankers say, are on the hunt across geographies like Indonesia, Canada, the US and other countries to gain control of critical resources.

The valuations, too, are much more comfortable this time round. In 2006-07, deals were significantly leveraged, and even a 90:10 leverage was legit in some cases. Acquirers, Dash explains, were calculating that if an acquisition has a 25-30 year life, a six-year leverage—with an outer limit of eight to nine years—was still a good deal. But all that is a thing of the past now. The current wave of buyouts will most certainly not be leveraged that much. India Inc has learnt the ropes the hard way.

The last time, acquirers incorrectly estimated that stock markets would be perpetually favourable, and that caused havoc for them later. I-bankers also say companies are keen to close deals quickly, before valuations rise further, since many also lost out on good deals earlier on account of hard bargaining.

While the bulk of the action is currently on the outbound deals front, i-bankers reckon inbound activity will also gain momentum in the coming months. Indian companies have matured enough to cut out emotion from their business decisions, and deal hawkers say many in the cement and chemicals space are quite happy to sell out if the price is right. Besides, private equity funds are once again beginning to circle around for the right opportunities.

Be prepared for big money and even bigger action on the M&A front.