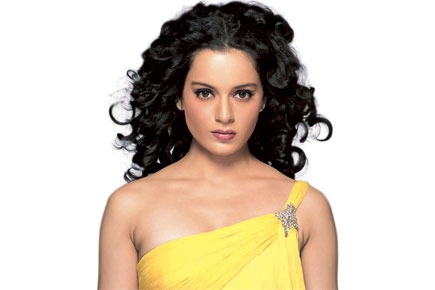 It’s hard to imagine what Nawazuddin Siddiqui could possibly be doing in a Salman Khan film, but the Gangs of Wasseypur star is in fact currently shooting with the muscled action star for producer Sajid Nadiadwala’s directorial debut Kick. To be fair, it isn’t just Nawaz. Even Randeep Hooda has a significant part in the movie.

These aren’t the sort of actors you’d typically expect to turn up in Salman Khan starrers, given that these films are mostly mindless action-comedies that only serve to build on the superstar’s existing popularity, and not necessarily tell engaging, credible stories. But one hears Sajid offered Nawaz a sizeable paycheck to accept the film’s chief negative role, whereas Randeep was seduced by the fact that he’d been promised a parallel role to Salman’s (ha!)—he’s the third angle of a romantic triangle that has Jacqueline Fernandez and Salman as well.

Unit hands have revealed that Nawaz looks perpetually out of his depth on the sets, while Randeep has managed to strike up a warm friendship with his superstar co-actor, who tends to enthrall the crew with jokes and banter in between shots.

Less than eight weeks to go until filming was to begin on Kahaani director Sujoy Ghosh’s next, his leading lady Vidya Balan has dropped out of the movie, reportedly citing health reasons. Industry sources reveal that the actress may be pregnant, and has been advised against doing intense physical roles, thereby completely ruling out Sujoy’s action thriller that is once again set in Kolkata.

But far from having created a rift between filmmaker and muse, turns out Vidya has been recommending possible replacements for her role, which she claims she was excited to play. There is news now that Queen star Kangana Ranaut will replace Vidya in the film, having committed to the project as soon as she heard a script narration.

Having received, in her own words, “dozens of offers” since the recent release of Queen, Kangana is nevertheless being cautious in her choices, she says, seeking out “only the best roles”. While she had already said ‘yes’ to Raanjhanaa director Aanand L Rai’s Tanu Weds Manu 2 (opposite R Madhavan again) months ago, Sujoy’s film is the only new project she appears to have signed.

A self-admitted ‘fan’ of Vidya’s, Kangana doesn’t seem perturbed by the fact that she was the second choice for the movie, or that it may be forever referred to as ‘the film Vidya couldn’t do’. The actress has apparently asked Sujoy for a few weeks to prepare for the part—so she can get under the skin of the character, which she says is unlike anything she has done so far.

Organisers of a Bollywood awards show that’s held on foreign shores annually are currently fielding calls from stars who’re making unreasonable demands in exchange for attending the show. One diva has reportedly asked for 35 VIP seats to be reserved for her guests to attend the show, and her manager balked when the organisers sent her a bill for the tickets. A male B-lister has asked for free hotel stay for a few days in another city while in transit on his way back to Mumbai.

But it’s a young actor best known for his comic performances who has shown the most grace. He has apparently asked the organisers to book him and his wife onward to another holiday after the awards show, and has entrusted them with hotel and flight arrangements, all the while insisting he’d pay for the personal trip himself. The actor has told them he wants to assure his wife a good time, and he’s happy to pick up the tab.

That’s a nice change from the promising young star who has asked that his parents and siblings be flown with him to the awards show venue where he’s already being paid a fat fee for a live performance. Informed that the cost of their flight tickets and hotel stay will be deducted from what they owe him by way of his performance fee, his managers reportedly threw a hissy fit.