All Smoke, No Fire 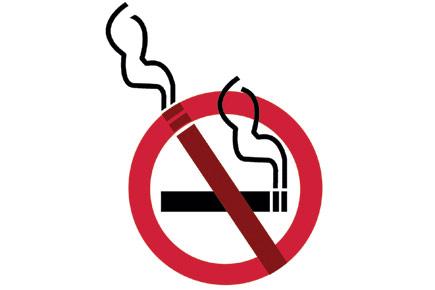 Even if you are in extreme pain from a terminal disease you can’t go to a medical shop and ask for morphine because, it is assumed, you don’t have the ability to self-medicate or you could misuse it. A prescription from a doctor is a must. But when it comes to cigarettes, despite overwhelming and irrefutable evidence that it leads to cancer, anyone can go and buy it off a street corner.

In India, studies show the biggest cause of cancer being tobacco, accounting for 40 per cent of all cancers. In rural India, this is in the form of mouth cancer because they chew tobacco. In urban India, it is lung cancer because of cigarettes and beedis.

And yet, as was evident in a reply by the Health Minister to a question in Rajya Sabha this week, we have a strange strategy towards eliminating this risk. This is what the minister said, “The expert panel constituted by Ministry of Health & Family Welfare has inter alia, recommended prohibition on sale of loose or single stick of cigarette, increasing the minimum legal age for sale of tobacco products… The Ministry has accepted the recommendations… .” Soon this is expected to come into force.

There is an underlying contradiction here. The rationale of prohibition on sale of loose cigarettes is to prevent youngsters from getting addicted. They are believed to not have enough money to buy a packet and, being denied the solitary cigarette, will thus not be able to experiment. Fair enough. But consider also the other measure that the government is planning—of increasing the minimum age of smoking.

If people below a certain age can’t smoke because the law says they can’t be sold cigarettes in packets or singles, the logic of banning sale of loose cigarettes becomes redundant. One contradicts the other if laws are followed in India. And if laws are not enforceable, then both become irrelevant.

Why not directly stop all production and sale of cigarettes, beedis and tobacco in its edible forms? Because the state gets revenue in tens of thousands of crores from taxing it. Also, there is the argument that shutting down the sector will lead to large scale unemployment of those working there.

To understand why this appeal to greed and empathy does not work, use the same logic elsewhere for other killers. Assume the government wants to finish off the underworld but instead of putting them in jail, decides that they will first take the knives away, then after five years their guns, then their mobile phones so that they can’t operate effectively and so on. But that is not how it is done because tolerating crime means sanctioning it. Murder does not go away because the state bars it, but it sends the message that this is a society that does not allow it.

So long as cigarettes are legally allowed to be sold, its use is sanctioned, even if you have a rider of personal responsibility. We could hold the other end of the liberal pole and say that people have free choice to consume anything, so long as they know the risks. It is an honest position but then you will have to legalise brown sugar too.