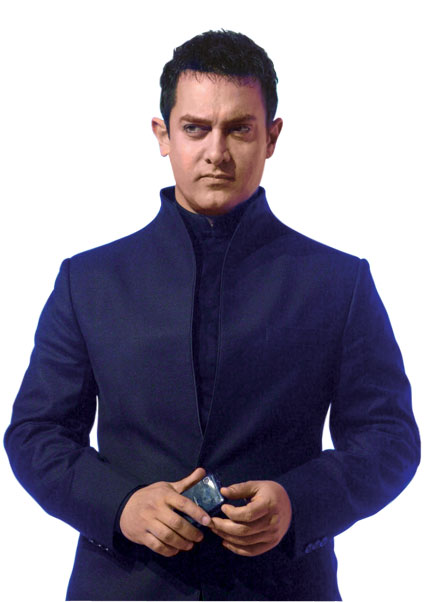 Sometime last year, Aamir Khan reportedly said ‘yes’ to starring in debutant director Nitya Mehra’s film that his Dil Chahta Hai producers Farhan Akhtar and Ritesh Sidhwani had brought to him. Star of the moment Deepika Padukone was quickly attached to the project, and the first-time- director-to-be instantly became the most envied person in Bollywood. But it was within a matter of only a few weeks that the hottest film on the movie calendar suddenly became a no-go project, when Aamir Khan detached himself from the film. The producers subsequently lost Deepika Padukone too, who apparently found her enthusiasm for the film waning after Aamir’s exit, and who promptly went on to sign Piku and Bajirao Mastani, two films that would keep her busy for the next year. Farhan and Ritesh’s Lakshya star Hrithik Roshan’s name was next floated for the film, but it appears they were unable to suitably excite the actor about this time- travel love story. Only months ago, Ek Villain star Sidharth Malhotra was finally signed on to take the male lead, and Katrina Kaif roped in to star opposite him, with Karan Johar’s Dharma Productions now co-producing it alongside Farhan and Ritesh’s Excel Productions banner.

Contrary to loose talk that Aamir dropped out of the project over creative differences and script issues, it turns out that remuneration was the reason the project didn’t fructify with the 3 Idiots superstar. It’s no secret that Aamir likes to come in as co-producer on movies he’s acting in (like he did on Excel’s Talaash in 2012), and industry sources reveal that the actor takes the lion’s share of the profits. That’s not an unusual practice in a predominantly star-driven industry—and a practice followed by the majority of A-list male stars including Akshay Kumar, Shah Rukh Khan and Salman Khan. And while Farhan and Ritesh were reportedly happy to split the pie with Aamir, what they couldn’t agree to was letting him have the 80 per cent share that he was apparently asking for. Sources close to the Excel honchos reveal that the deal was so disproportionate that it prompted one of them to joke that they were happy to be co-producers on the film, but not line (salaried, mid-level) producers. Aamir and Excel promptly parted ways, but amicably so.

No Longer a Safe Bet

While on the subject of Farhan and Ritesh’s Excel Productions, there is gossip doing the rounds that another one of their projects may be in hot water. This is Talaash director Reema Kagti’s next, currently well into pre-production, slated to star Saif Ali Khan and Kangana Ranaut.

The disastrous opening and box-office performance of Happy Ending last week seems to have put a cloud over the project. Industrywalas are saying the makers cannot possibly put the film into production with Saif, who now has four colossal back-to-back turkeys to his name.

Given the actor’s inability to command even a respectable opening for his latest, questions are being raised about his future in the business and the merits, if any, of investing in his films.

The failure of Happy Ending is no doubt the most crippling blow for the star, still grappling with the failure of Agent Vinod, Bullett Raja and Humshakals. “Those were experiments for Saif. He was testing the waters in genres he hadn’t worked in before. But Happy Ending is exactly the sort of romantic comedy that is his comfort zone. If the audience won’t come to see him in this kind of movie, is he really still a star?” asks one trade analyst, rather harshly.

Is this just the handiwork of a male star notorious for spreading false stories about his dalliances with co-stars, or is there some element of truth to the rumours of a link-up between this young pair currently working together for the first time? The unit of a hotly anticipated film has been buzzing with stories of how the two stars ‘became close’ during a recent overseas shooting schedule.

They reportedly went to movies, often in a group but occasionally as a couple, spent a lot of time in each other’s trailers, and have developed a particularly ‘touchy- feely’ friendship on the set.

No problem with any of this… except that the actress is reportedly in a ‘happy’ relationship with another young male star.