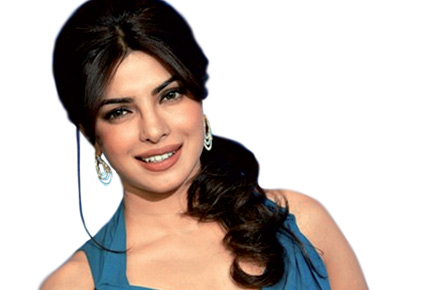 
Oozing confidence about his performance as Mumbai gangster Manya Surve in director Sanjay Gupta’s Shootout At Wadala, John Abraham insists that the film will force the audience to see him in a new light. The actor has revealed he’s shirtless only in one scene of the film and “the focus is purely on the acting”.

Not allergic to appearing in multi-starrer films (his biggest box-office hits, Houseful 2 and Race 2, were both ensemble projects), John has reportedly signed on to feature in another star-heavy sequel—Anees Bazmee’s Welcome 2. Which is why it makes no sense that he’d turn down Farah Khan’s Happy New Year with Shah Rukh Khan and Abhishek Bachchan.

“Farah and Shah Rukh saw me in a particular part, but I couldn’t see myself in that role,” John told me last week. “I’m grateful and touched that they thought of me, but I didn’t think I suited the role at all,” he added. The film is believed to be a musical comedy about a group of friends with two left feet who participate in a championship for the worst dancers ever. Farah is apparently still in the process of casting three male parts as well as the female lead. A source close to John insists that the actor was concerned about the possibility of being sidelined, or his role being chopped, in a film that starred Shah Rukh and was being produced by him too.

It was a poignant moment at a Bollywood awards ceremony in Vancouver last week when Priyanka Chopra dedicated her Best Actress award to her father and requested that he accept the trophy with her. Dr Chopra, who has been battling cancer for some years now, made the long walk to the stage slowly, even as presenter Karan Johar offered to climb down himself and present the award to him at his seat.

The proud father gushed about his darling daughter and her achievements, insisting that she was truly one of a kind. Within moments, Priyanka had tears streaming down her eyes, her mascara ruined in this spontaneous moment.

The actress gathered herself eventually, thanked the Barfi! team for her win, and helped her father off the stage amid loud cheering from a visibly moved audience.

But expectedly, not everyone was reduced to putty by this display of baap-beti affection. A cynical group of actor friends seated in the front row was seen smirking during the actress’ emotional acceptance speech, and reportedly dismissed her teary breakdown as “filmi waterworks”.

War of the Parties

During the very same awards weekend in the Canadian city, one hears that the reigning heartthrob of Bollywood twice ignored an invitation from an A-list superstar to party with his posse in his hotel suite. Famous for hosting impromptu celebrations that go on till the wee hours of the morning during outdoor shooting schedules and overseas events like this, the superstar made it a point to reach out to the younger actor and his actress girlfriend, inviting them to join the gathering in his suite.

The first night, the young actor apparently excused himself insisting that he was exhausted from the long flight. The second night, he simply didn’t show. As it turns out, the actor threw his own little shindig the second night, and was joined by a bunch of buddies in his hotel room. Among these was a prominent actress who recently starred opposite the superstar in his last blockbuster. This former model, who debuted opposite the superstar, reportedly partied with the younger actor and his group till roughly 3 am, after which she headed to the superstar’s gathering.

The superstar’s party was a crowded affair; the most prominent guests at the do were a popular actor couple that the superstar has recently reconnected with after an awkward cold war that lasted a few years. If you had to compare the two parties on the basis of star turnout, eyewitnesses say the superstar won hands down. But ask those who dropped in at both suites, and most insist that the younger actor hosted the more relaxed, personal party.