A Nest of Neros 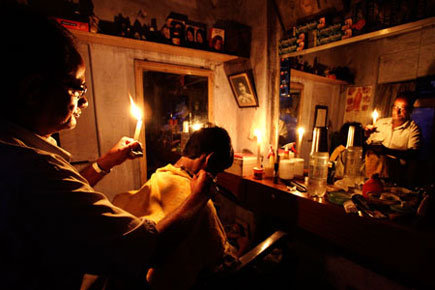 
It is worth recollecting the events of the last fortnight, simply because so much has happened that various tragedies have melded into each other. On 18 July, workers went on a rampage against the management at a Maruti factory, leading to the brutal and indefensible death of Awinash Kumar Dev, a top human resources executive. But some of the blame must go to the state of the economy. Even in times of high economic growth from 2005 onwards, manufacturing jobs actually decreased in this country. Now that the growth is slowing, even a profitable company such as Maruti finds another convenient pretext to employ skilled labour at only a little over minimum wages. Through all this, the man who presided over the economy in the recent past, Pranab Mukherjee, seemed to believe bureaucratic inaction combined with some budgetary tinkering was the best response to any crisis. He has been rewarded with the post of President.

On 19 July, violence broke out between Bodos and Muslims in Assam. Over a period of a week, more than 50 people were killed and lakhs displaced. As our cover story in this edition of the magazine documents, these were not riots but organised massacres by a well-armed Bodo militia. The central intelligence agencies seem to have had no inkling of the trouble, and the government’s response in the state and at the Centre was dismal. For P Chidambaram, the man who has been handling the Home Ministry, this setback is only one in a long list during a tenure marked by a lot of talk but little effective action. He has been rewarded with the Finance Ministry.

On 30 July, 300 million Indians went without electricity as the northern power grid tripped. Even as the country woke up on 31 July to assurances that this once-in-a-decade disaster had been dealt with, the grid tripped again, depriving 600 million people of electricity. The man who oversaw this unprecedented double disaster, Sushil Kumar Shinde, had been till this point known largely for his fealty towards the Nehru-Gandhi family. His stint in the Power Ministry had been marked by drift and delay, much like any other minister in this UPA Government. He has been rewarded in spectacular fashion and given the Home Ministry, where top IB officials will welcome his ability to keep the country in the dark.

The reshuffle, it seems, was necessitated for two reasons. The first, the vacuum created by the elevation of Pranab Mukherjee. The Prime Minister, we are told, was overburdened by the responsibility of the Finance Ministry. Given the state of drift and lack of direction in this government, it remains unclear what so burdens him. The other explanation seems more plausible—the need to elevate Rahul Gandhi in the party. Since this is presumably a result of the Congress performance in UP under his leadership, this could only be done if poor performance and mediocrity were rewarded across the board.

Things are no better among its allies or the opposition. On 31 July, a fire broke out in the S11 bogie of Tamil Nadu Express, in which 32 persons were burnt to death. Railway Minister Mukul Roy, even before any real information was in, tried to shirk responsibility and suggested it was an act of sabotage. This was in keeping with the dismal record of the Railway Ministry, which has become the fiefdom of his party, Trinamool Congress, thanks to the regular tantrums thrown by party chief Mamata Banerjee. The safety record of the railways has deteriorated because she is loath to allow the Ministry to raise fares even when it has become imperative. While people continue to die gruesome deaths on burning trains, she prefers to paint.

Should the BJP be celebrating? Not really. Veteran leader LK Advani went to Assam and made the usual noises about illegal immigration. Of course illegal migration is a problem, of course it should be tackled, but using that as an excuse for mass murder would be inexcusable for anyone but Advani and his ilk. This was clearly evident in the interview given last week by Narendra Modi, where he kept referring to himself in the third person, much like a bad Hindi film villain named Mogambo. Modi brazenly claimed that he did all he could to stop the violence against Muslims in Gujarat in 2002. If so, he should resign simply on grounds of incompetence.

Who does that leave, Anna and his ragtag team with its petty ambitions? The less said about them the better, and thankfully less is being said. What it does leave us with is the rather sad joke that God must be looking after us, because no one else is.