Want to make the world a better place? Take it up the butt 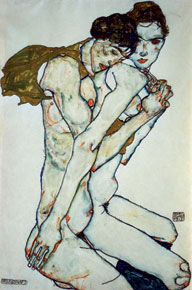 Want to make the world a better place? Take it up the butt

But there’s one more thing I truly believe has unrealised potential to improve the world. We would be a better species if we took a leaf out of the bear community’s book and took it like a man. That is, up the butt. For those not in the know, by ‘bear community’ I don’t mean Goldilocks’ mama, papa and baby bears; I mean the male gay subculture.

Here’s why I think the world would benefit if more men took it up the ass:

Sexual nomenclature is a minefield of misogynistic attitudes, only packaged better. To resort to a cliché as old as our wonderful Prime Minister: girls like foreplay and men think of it as the price they pay for the real thing. The word ‘foreplay’ itself assumes that the goal is intercourse, that the getting there is not as important. I believe this assumption arises from the physical way that sex works for men—it happens outside their bodies. Something that’s external is a lot easier to do with a headache or if you’re in the mood for a quickie or simply want to fuck. But when sex happens inside your body, whether vaginally or anally, warming up and taking things slowly starts to feel like a really good idea. Men may understand this intellectually, but learning it physically is a game-changer. A man who takes it up the butt is far more likely to be mindful of a woman’s need for more prep-time before hard, pounding sex than one who doesn’t. Imagine a world where men aren’t trying to skip ahead in their excitement. I call it the ‘Hogwarts of the sexual world.’

Continuing on the topic of misogyny and the language of sex—the dents made by the gay pride movement notwithstanding—being penetrated is largely considered the woman’s role. And it’s not a coveted part. When we fling ‘I’m so fucked’ or ‘fuck you’ or ‘suck my dick’ or ‘screw you’ as profanities, we’re reinforcing the belief that being penetrated is demeaning—a great way to alienate women and at least half a dozen subcultures involving alternate sexuality. That middle-finger joke I made in the first paragraph? Not cool. More men opening up to the idea of anal sex would not only open up multiple avenues to enjoy sex differently, it would redefine what I consider the performance of masculinity. Sex and masculinity would not be an all-or-nothing experience, and penetration would become simply another way to experience pleasure, not a marker of somehow being less-than. I’ve known men who pretend to be feminists because ‘feminist chicks are easy’. I know men who support gay rights because their girlfriends do, and life is easier when girlfriends are happy. I know men who support equal rights because it looks good on their essays for college applications abroad. They’re mushrooming in households of all income groups. Harder to find are men so confident in their masculinity that they don’t have to cling to outdated ideas of what the male gender should act, think and feel like. A healthy amount of butt action could loosen up some of those tight-ass ideas.

Do it for selfish reasons

Even if we had the inclination, standing up for anything in this country is a tough task. So let’s focus on the most important reason for doing anything: what’s in it for me? Think of it like this: if we could only let go of the definition of sex as vaginal penetration and expand it to include other ways in which pleasure can be given and received, imagine the room we could make for experimentation and sexual diversity. There’s a lot in it for you, if you allow yourself to try it.