A Little Too Tongue-in-Cheek

A Little Too Tongue-in-Cheek • Sequel Woes, in 3D • The Sharks of the Trade 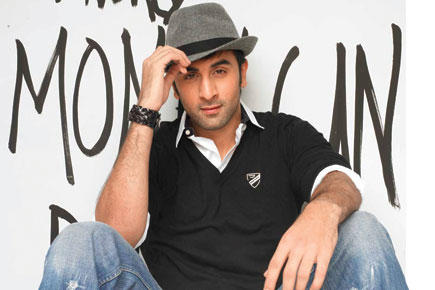 A Little Too Tongue-in-Cheek • Sequel Woes, in 3D • The Sharks of the Trade


A Little Too Tongue-in-Cheek

A few days before his 28th birthday last week, Ranbir Kapoor made an appearance on the sets of a popular television talent hunt show to promote his new film Anjaana Anjaani. And found himself on the receiving end of some…uh….awkward and unwanted affection from Anu Malik.

An eye-witness reveals that the set fell silent when the composer (who is a judge on the show) excitedly ran to the young actor and licked cake off his face in full public view, just moments after Ranbir’s director friend Siddharth Anand had smeared some of the gooey birthday cake on his face. Too stunned to react, Ranbir is believed to have stood there momentarily, processing what had just happened, until Anu himself broke the silence, dismissing the gesture as a joke.

“It’s not like one could doubt Anu’s orientation, when every other day you see him pawing the poor girls working as assistants on the show,” says a member of the unit. “He just got carried away and behaved like an ass.”

Now she can’t stop pulling her boyfriend’s leg over the fact that every curve and sinew of his will be magnified on glorious 70mm!

The Sharks of the Trade

Their over-hyped, over-priced film may have been a dud at the box-office, but the film’s producer and the studio that released it both made a fat packet off this botched romance. Toplining one of Bollywood’s most popular young actors, the light-eyed dancing sensation, the movie was pitched as an international crossover project filmed mostly in English, and also starred an exotic Latin American leading lady.

Despite the film’s dismal theatrical performance, the star’s shrewd producer papa made a neat sum from having presold the movie to a ‘big’ local studio, which in turn was also protected financially because it sold the film further at hefty margins to distributors.

And yet, when it comes to paying those who worked on the film, neither the film’s producer nor the studio is willing to dig into their deep pockets. A reputed publicity designer who created the film’s poster design, CD covers, hoardings and assorted promotional material has been running between the producer and studio, urging them to pay him the Rs 40 lakh that is owed to him.

Each party insists the money must be recovered from the other. Easily Rs 50 crore richer on the movie, the bald producer has said all bills must be cleared by the studio that took over the movie. The studio, in turn, says the producer must pay since he commissioned the job in the first place.

For all the talk of corporatisation and transparency in dealings, the sad truth is that Bollywood still operates mostly on credit, and there are enough sharks that will exploit professionals who continue to defer their fees and work ‘in good faith’.