A Family in Motion

What’s to Hide? • A Condescending Friend 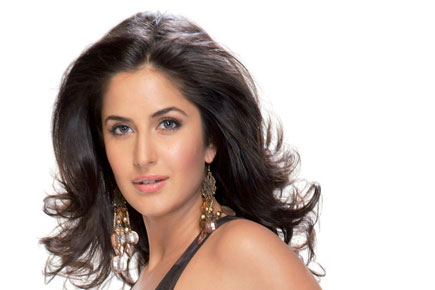 But Farah’s also jetting in and out of Hyderabad every other weekend to choreograph dance numbers and music montages for SRK’s Dilwale. She may have given up choreography professionally but can’t say ‘no’ to her close friend and producer, who has insisted she take charge not only of the tracks filmed on Kajol and himself, but also the ones director Rohit Shetty has lined up for Varun Dhawan and Kriti Sanon.

Farah’s husband, Jaan-E-Mann and Joker director Shirish Kunder, meanwhile, is putting the final touches on his own script, an indie thriller that he wants to make next. Burnt by the failure of his last film and the very public falling out with his leading man Akshay Kumar, Shirish will reportedly cast newcomers in the new project.

Farah’s brother, Sajid Khan, still recovering from the debacle of Himmatwala and the critical drubbing that Humshakals took, is also back to the drawing board scripting his next. There’s no clarity yet on who will star in it, but don’t place any bets on Akshay, who’s currently shooting Housefull 3 in London, the latest installment of Sajid’s comedy franchise that’s being helmed by It’s Entertainment director-duo Farhad-Sajid (not the same one).

That’s a lot of midnight oil being burnt in one family.

Katrina Kaif, who’s been shooting in Scotland for the Dharma-Excel co-production Baar Baar Dekho with Sidharth Malhotra, flew in to London to spend boyfriend Ranbir Kapoor’s birthday with him earlier this week. She was spotted on the set of Karan Johar’s Ae Dil Hai Mushkil, and also popping into shops on Oxford Street with RK.

Ranbir and Katrina happily took selfies and posed for pictures with Indians who recognised them, and— unlike others who refuse to be photographed together in fear of their secret becoming public—made no effort to hide the fact that they were a couple.

Could it really be true? Have two of Bollywood’s A-list superstars—until recently close friends—fallen out? Well, that’s certainly what insiders are saying. According to eye- witnesses who swear they were in the room when the cracks first appeared, the two leading men had a verbal altercation a few weeks ago that has reportedly resulted in the two gentlemen going their own separate ways.

Story goes that the mild-mannered actor who was attending the success party of his close friend’s most recent blockbuster couldn’t stop patronising his buddy, insisting that he’d finally done such a good job on-screen. He repeatedly pointed out that if only the star had worked harder throughout his career, he’d have a lot more to show for it in terms of enduring performances. The actor is believed to have gone on and on about how uninterested his friend used to be in his work, and how much sooner he might have reached the top spot had he invested more in his career. It was meant to be affectionate ‘buddy talk’, but there were far too many people in the room, and the actor wasn’t thinking twice about the “condescending manner in which he was reprimanding another major star in full public view”.

Several drinks down already, the other star, his patience fast wearing out with his friend, is believed to have snapped at one point, and launched into a colorful tirade. He called the other actor out for being a hypocrite and compared him to another A-lister with whom both men have shared an on-off friendship, insisting the other star was “more genuine” and “less calculating” than him.

Our sources say the host was feeling infallible in the wake of his most recent success. He was in no mood for a lecture, and the other actor had just touched a raw nerve in him.

The confrontation apparently ended with the ‘patronising’ star leaving the party visibly humiliated by his friend’s outburst. Neither has spoken to the other in the weeks since. And they have both told their respective circles that they are no longer friends.